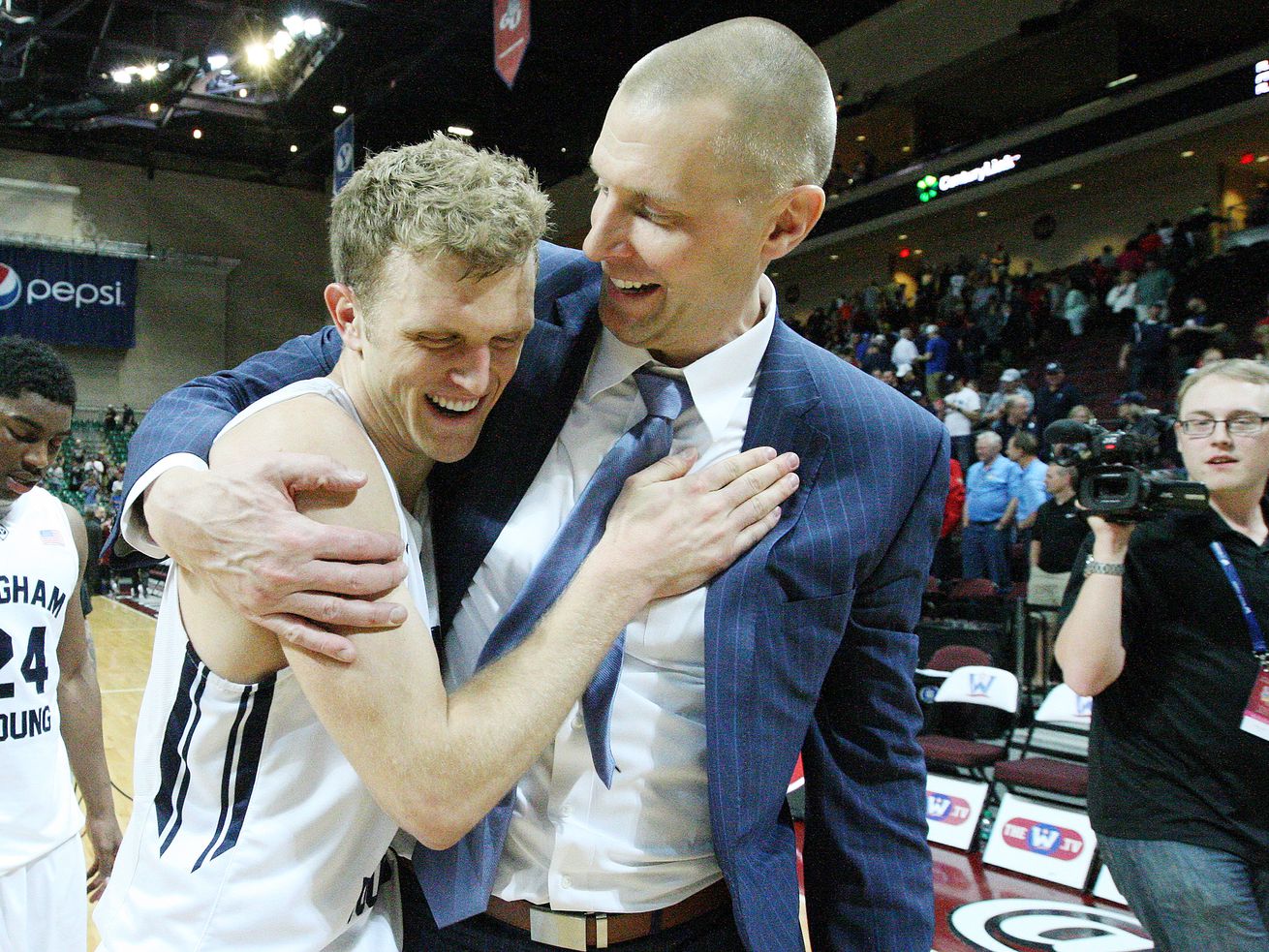 BYU head coach Mark Pope and assistant Chris Burgess turned down BYU not once, but twice and are now the chief sellers of the Cougar product to the world.

PROVO — How does it work that BYU basketball has two top recruiters that twice spurned the Cougars’ program as players? Now it’s their job to sell the BYU product.

Bellevue, Washington, native and current head coach Mark Pope signed with Washington 29 years ago and later transferred to Kentucky. Cougars assistant coach Chris Burgess, from Irvine, California, spurned BYU and signed with Duke 23 years ago. Then, when he decided to leave the Blue Devils, he transferred to Utah. That’s a combined four turndowns of BYU basketball by today’s two chief BYU recruiters.

How do they just stroll in and sell BYU? How is that going?

Actually, it’s a fascinating juxtaposition. And in truth, it is actually working very, very well, these outsiders, pulling the levers of BYU’s basketball recruiting engine.

Add in Nick Robinson, who signed with Stanford, and Cody Fueger, who has two degrees from the University of Utah, and you have the official Cabinet of Outsiders piloting BYU hoops.

“I don’t know how I can tie all that together, but I do know how to recruit to BYU right now,” said the guy who just signed Purdue transfer Matt Haarms going against Kentucky and recently signed legacy prospect Tanner Toolson, Mr. Washington Basketball out of Vancouver, Washington.

In fairness to this distinction, you’d have to go back a long, long way to find a former BYU basketball player or graduate who became the Cougars head basketball coach. Like half a century.

“Right now, it’s an extraordinary place with a ton of juice,” said Pope.

Back when Pope was recruited, he explains, it was a different time and era. For instance, there was no ESPN programming like today, there was no social media, no Twitter, no internet or …read more

NESN Diary: Pro Sports Can Resume In Massachusetts (And Other Random Thoughts)