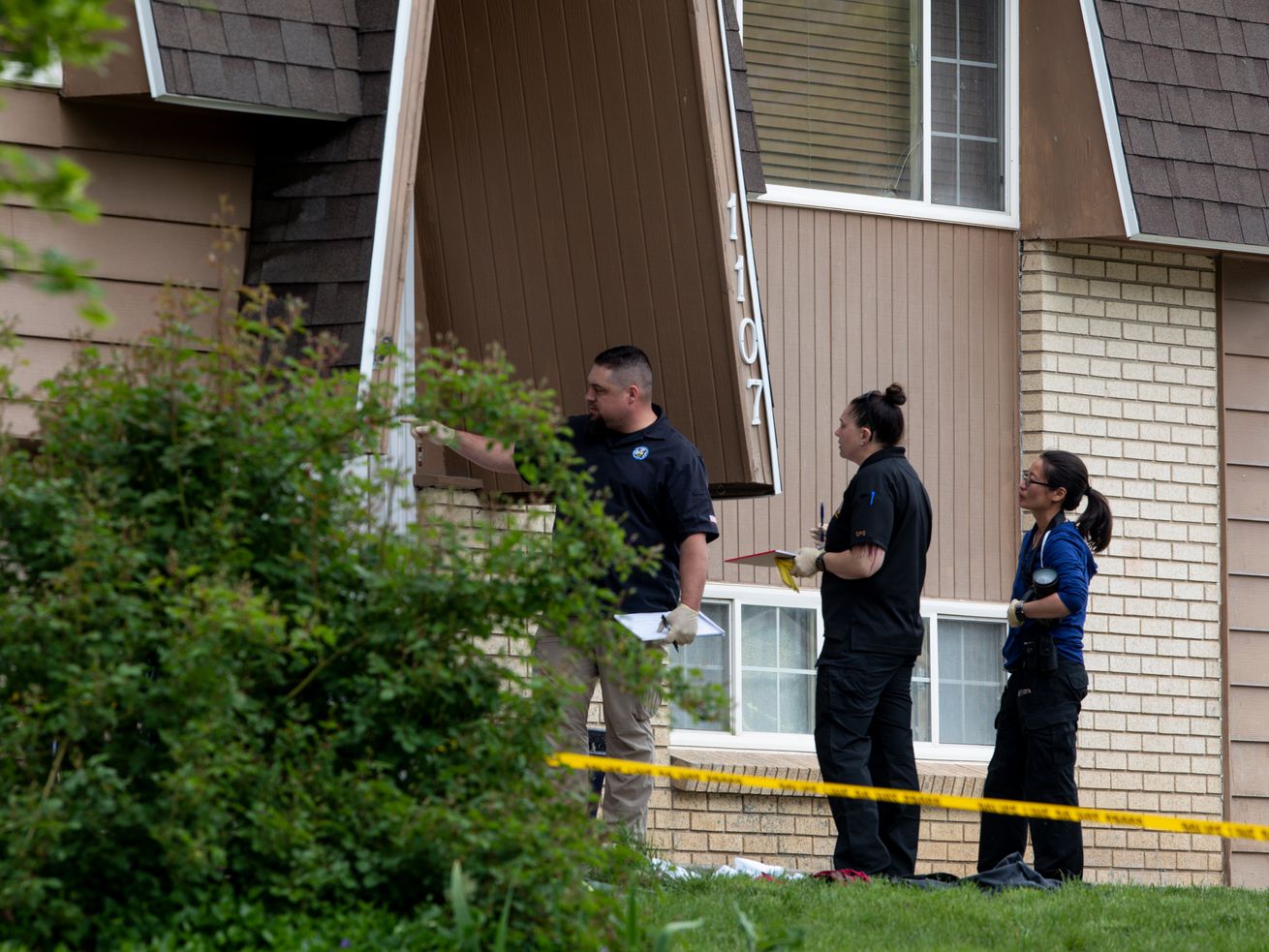 Police investigate a scene where a 17-year-old was killed after being shot outside his home near 1100 East and Saphire Drive (9600 South) in Sandy on Friday, May 22, 2020. | Ivy Ceballo, Deseret News

SANDY — Two men were arrested Saturday and accused of gunning down a 17-year-old boy in front of his Sandy home the previous day, police said.

The shooting occurred just after 11 a.m. at 1107 E. Saphire Drive. Police responded to a report of shots fired and found the teenager in critical condition with multiple gunshot wounds in the front yard, Sandy Police Sgt. Clayton Swensen said Friday.

The teenage victim died after being taken to a hospital in critical condition. His name has not yet been released.

Emmanuel Augustus Espinoza, 20, and James Smith, 19, were both arrested Saturday and booked into Salt Lake County Jail for investigation of homicide and obstruction of justice.

After the shooting, a search began for the vehicle witnesses saw leave the area, a green Ford Explorer with minor damage to the passenger side and a sticker in the window, according to a police affidavit filed in support of the men’s arrest.

When detectives found the vehicle and were interviewing its owner, Smith approached the officers. Police said he matched the description of the person who had been driving the vehicle during the shooting. Home surveillance footage recorded his image, according to police. He was taken into custody and told police that he had driven to the victim’s home, the affidavit states.

Smith said he had “been having issues” with the victim when he picked up Espinoza to drive to the teen’s home, police said.

Smith then returned to a Midvale motel where he lives with his mother, police said.

His mother, Dina Marie Smith, was also arrested for investigation of obstruction of justice after police say she lied about her whereabouts and whether she was with her son.

The inside story of how the NFL managed its first-ever virtual draft with 150 smartphones and help from Amazon: ‘There was an enormous amount of stress’