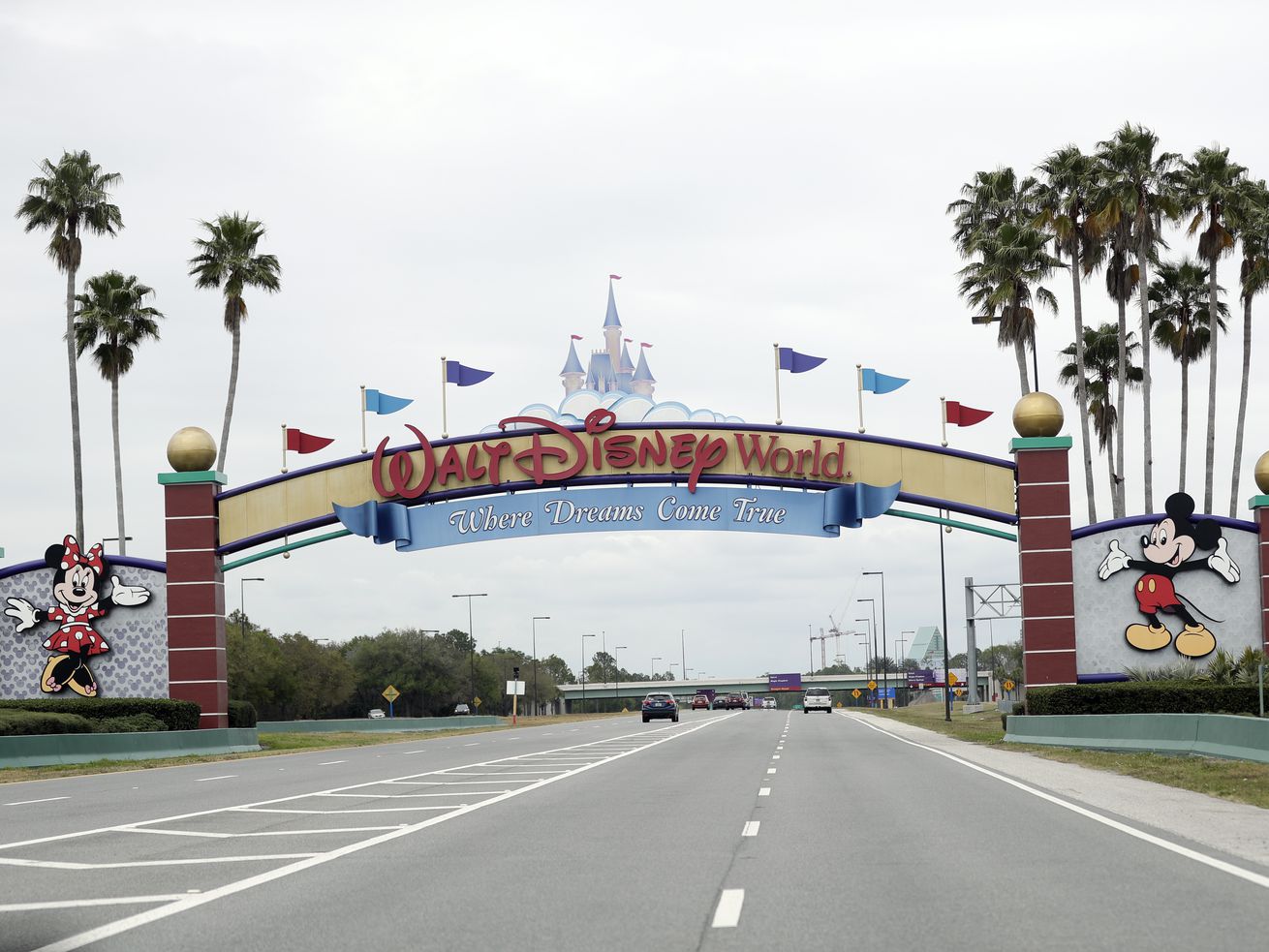 The road to the entrance of Walt Disney World has few cars Monday, March 16, 2020, in Lake Buena Vista, Fla. The Magic Kingdom, Epcot and Hollywood Studios were closed along with other theme parks around the state to help curb the spread of the coronavirus. (AP Photo/John Raoux) | AP

SALT LAKE CITY — On Saturday, NBA spokesperson Mike Bass officially confirmed what has been reported for weeks: the league is working with the Walt Disney Company on a plan that would allow the league to resume play in July.

“The NBA, in conjunction with the National Basketball Players Association, is engaged in exploratory conversations with The Walt Disney Company about restarting the 2019-20 NBA season in late July at Disney’s ESPN Wide World of Sports Complex in Florida as a single site for an NBA campus for games, practices and housing,” Bass said in a statement. “Our priority continues to be the health and safety of all involved, and we are working with public health experts and government officials on a comprehensive set of guidelines to ensure that appropriate medical protocols and protections are in place.”

It is expected that additional details of the plan will be provided during the NBA’s board of governors call set for next Friday.

Teams are expecting the league office to offer guidelines that would allow them to begin recalling players to their team’s markets around June 1, according to a report earlier in the week.

ESPN’s Adrian Wojnarowski reported that because many teams are still in areas of the country where coronavirus safety regulations have not been lifted to an extent that would allow team activities, the NBA is considering allowing teams to report directly to the bubble site, which seems likely to be Disney World.

The concept of a bubble site as the sole location for the resumption of the NBA season was first floated weeks ago, not long after the NBA suspended the season on March 11 following Utah Jazz center Rudy Gobert’s positive COVID-19 test.

In the weeks since, the NBA has reportedly been in talks with Disney executive chairman Bob Iger, which has led to the Disney resort in Orlando being the front-runner for a location that can accommodate the large-scale project.

Additionally, the Athletic’s Shams Charania reported Saturday that NBA general managers were sent a survey by the league office late Friday night that included questions regarding plans to …read more

Are NFL teams shying away from drafting returned LDS missionaries?