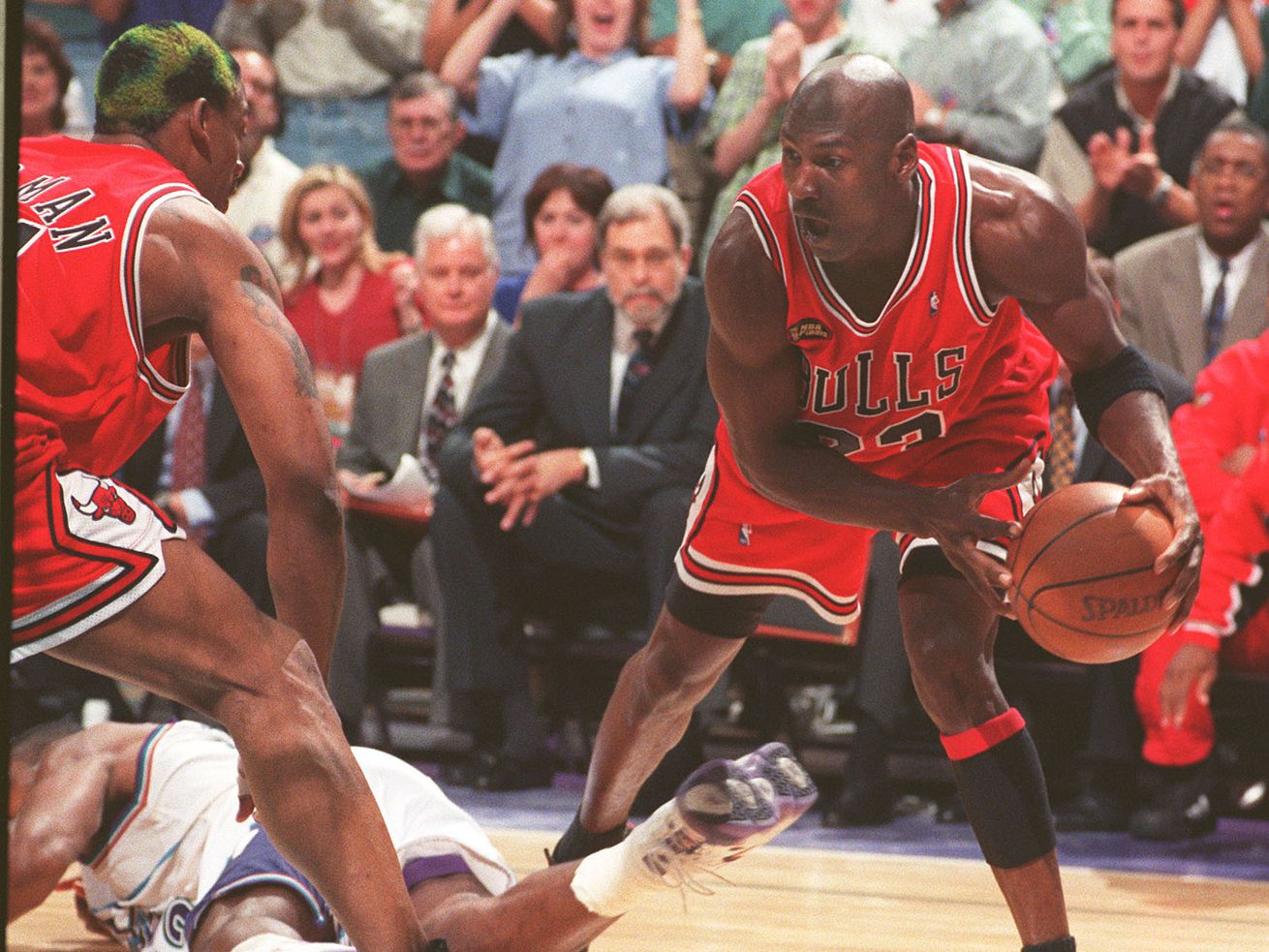 Micheal Jordan after stealing the ball in the final seconds during Sunday night’s Game 6 of the NBA Finals at the Delta Center, June 14, 1998. | Tom Smart, Deseret News

SALT LAKE CITY — There are some things in life that are best not revisited. Adam Sandler movies, for instance. Ice Capades. High school. The proctologist. Oh, and if you’re a Utah Jazz fan, the 1998 NBA Finals.

If they haven’t already seen it, Jazz followers should probably skip Episode 10 of “The Last Dance,” the Michael Jordan documentary. The 1998 NBA Finals showdown between the Jazz and the Chicago Bulls is the climax of Jordan’s career and documentary. It’s a storybook ending — Hollywood couldn’t have written it any better.

Unless they were writing for the audience in Salt Lake City.

Episode 10 provides a blow-by-blow account of that series, and it will remind Jazz fans just how close their team came to winning Game 6 to set up a Game 7 in Salt Lake City. It’s the equivalent of tearing a Band-Aid off a scab for an hour.

The Jazz had a three-point lead with 41 seconds remaining. Then Jordan wrote the ending. A layup. A steal. A shot. A sixth title for Jordan and the Bulls.

The Jazz’s great chance to win it all was gone. Who knows if they will ever get another one in a league that is almost devoid of parity.

The Jazz team of 1998 was 14 years in the making. That’s how long it took to collect the cast of players that got them to the finals in both 1997 and 1998 — Stockton, Malone, Hornacek, Russell, Eisley, Morris, Keefe, Ostertag, Carr … It was just their misfortune to reach their peak years when the greatest basketball player ever was at the height of his powers.

Timing is everything. Jordan couldn’t hit a curveball and returned to basketball to torture the Jazz, who otherwise might have won not one, but two championships.

Of their eight losses in those NBA Finals, six were decided by five or fewer points.

It’s easy to forget just how difficult it was for the Jazz just to get to the Finals. They were on top of their game for several years before the 1996-97 season, losing in the conference finals three times in five years. John …read more

(Visited 2 times, 1 visits today)
Was ‘The Last Dance’ for Michael Jordan the last chance for the Utah Jazz?
0
SHARES
ShareTweet

Blue-collar coach Jerry Sloan ‘changed the attitude of basketball in Utah,’ even as he worried about being fired