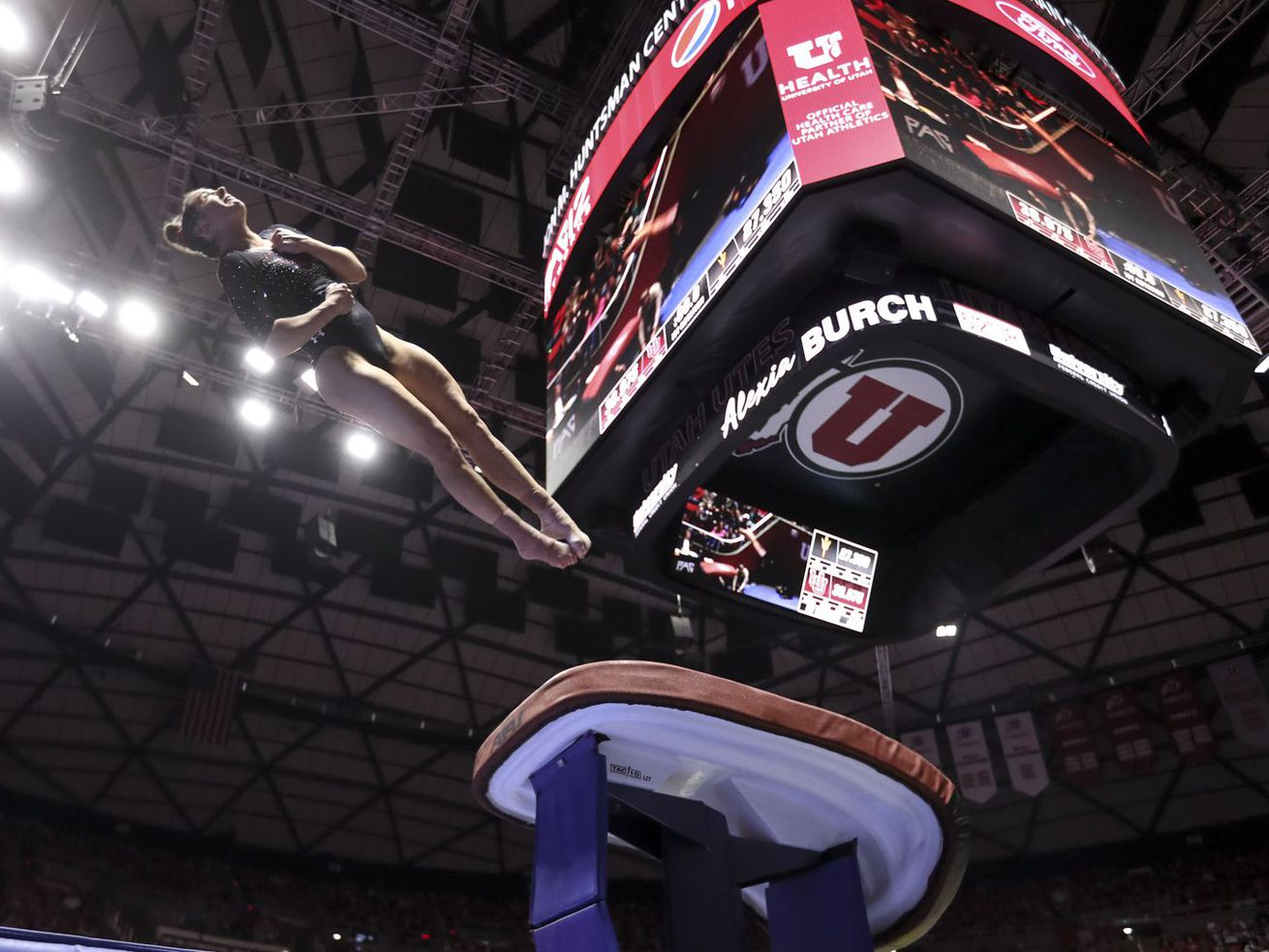 Utah’s Alexia Burch performs a Yurchenko 1.5 on vault during the Arizona State and University of Utah gymnastics meet at the Huntsman Center. Burch added the difficult vault to her repertoire during voluntary summer training, months before actual competition. | Steve Griffin, Deseret News

The NCAA Division I Council had voted and agreed that all student-athletes could return to their respective campuses across the country starting June 1 for voluntary athletic activities.

The announcement was an addendum to an earlier decision that allowed football and men’s and women’s basketball teams to return to campus, but not athletes from sports like gymnastics, among many others.

The vote largely flew under the radar, what with football and men’s basketball reigning supreme across the national landscape, but it couldn’t have been more important for the Utah gymnastics program. You see, voluntary training during the offseason is where champions are made.

What is voluntary summer training? It is exactly what it sounds like.

Under normal circumstances, aka when there isn’t a global pandemic, gymnasts are allowed to return to their school’s gym to train following a two-week moratorium period immediately after the conclusion of the season. Coaches are present, but solely for safety reasons. They cannot dictate practices nor practice schedules. Gymnasts decide for themselves when to go into the gym. They decide what to work on and what not to. It is completely voluntary, but decidedly career altering.

Take now-Utah gymnastics alumna Kim Tessen, who had a breakout season in 2020, earning Pac-12 Specialist of the Year, scoring a perfect 10 on vault and claiming a team-best 10 event victories. Simply put, she was the best the Red Rocks had to offer, and a line can be drawn directly from offseason training to her success under the bright lights.

During the first three years of her tenure at Utah, Tessen was limited during each offseason. Voluntary training was a virtual impossibility as she rehabbed from injuries, such as an Achilles rupture. Heading into her senior year, though, she was healthy at long last in the summer, and she credited the opportunity to train during that time for her breakout campaign.

“That made a big difference for me, especially mentally, with my confidence,” …read more

(Visited 3 times, 1 visits today)
Why the NCAA’s decision to allow voluntary summer training will be vital to the Utah Red Rocks’ success next spring
0
SHARES
ShareTweet

Making the most of it: Maple Mountain opens Last Chance Tournament with strong showing against Cottonwood

Gail Miller, owner of Utah Jazz, issues statement: ‘Hearts across America, and in Utah, are hurting’