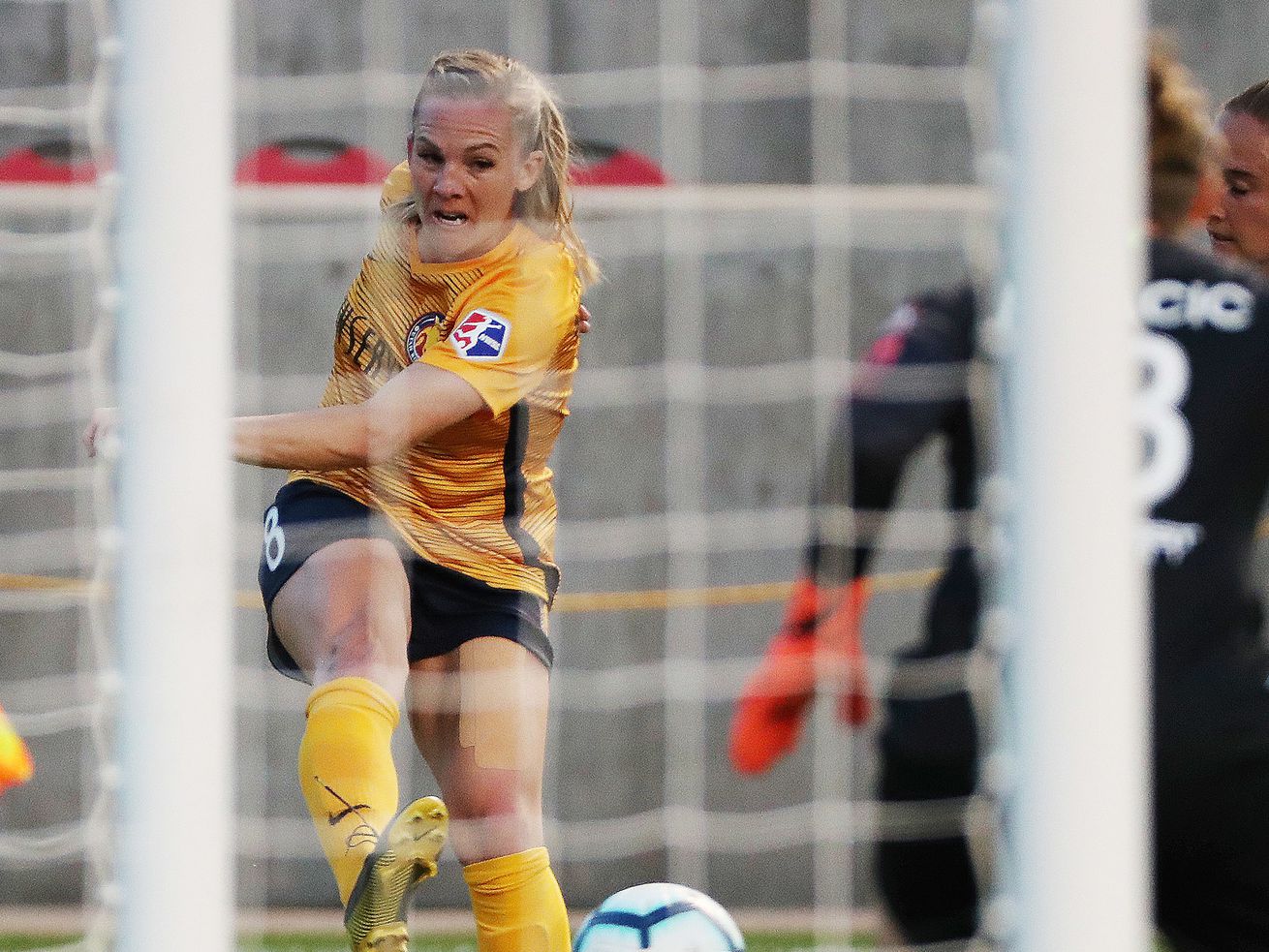 When Craig Harrington took over as the team’s new head coach in February, he said he wanted to be much more dangerous offensively after the first two years of the team’s existence saw it be excellent defensively but often struggle to score en route to just missing out on the playoffs both seasons.

There was reason to think things could be different in 2020. United States Women’s National Team forward Christen Press had been playing tremendously heading into the National Women’s Soccer League season, Brittany Ratcliffe and Taylor Lytle were coming back after missing all of 2019 because of injury, more depth had been added in Tziarra King, and Arielle Ship and French signee Aminata Diallo — and even outside back Kelley O’Hara — appeared to finally be healthy and ready to help veteran Amy Rodriguez the attack.

“We’ve got players across the board that are very good, attacking-minded players. Hopefully players will step up and take the opportunity given to them and score and create goals for us.” — Utah Royals FC coach Craig Harrington

Secondarily, reports swirled that German star Dzenifer Marozsan was going to join the team this summer.

Combine all of that with Harrington’s emphasis on goal-scoring, and maybe, just maybe, there would have been improvement.

But then, of course, the coronavirus pandemic came to the forefront the first week of preseason in March, halting preparation and ultimately gameplay.

Finally, this week, URFC will get its chance to compete when it opens play Tuesday morning in the NWSL Challenge Cup against the Houston Dash at Zions Bank Stadium in Herriman, but even as a third of the roster is different from 2019, present circumstances indicate that the style of play could be more similar to the last two seasons than anything new.

Most notably, Press opted to not play in the tournament, leaving a huge hole in the lineup. Additionally, Marozsan resigned with her club team in France. Thirdly, O’Hara and Mallory Weber will miss at least Tuesday’s game because of injury. Lastly, Diallo just arrived in Utah over the weekend and is in mandatory quarantine for a few more days.