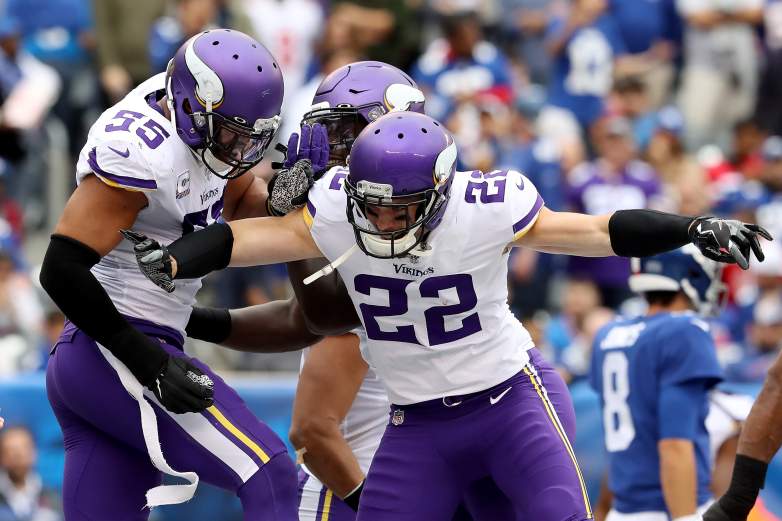 If the Minnesota Vikings were to go after free agents leading up to training camp on July 28, what positions would the franchise pursue?

General Manager Rick Speilman selected 13 picks of his 15-man draft class at those position groups, and until the team’s future stars emerge, those holes in the lineup need to be addressed now as a team is built to contend over the next few years.

And while a payday could be on the horizon for Dalvin Cook, the organization could maneuver some funds around to introduce a few veterans when training camp arrives.

“Adding to the roster could be an option as we get closer to camp, but I could also see the team keeping the roster at 87 players for now and waiting a bit to add more players. Perhaps they wait a week or so and see how early camp battles shake out before adding depth?

But at this point, the areas I’d possibly look to address would be along both the offensive and defensive lines, at cornerback and safety, and also wide receiver.

While I covered Smith and Harris above, there are no players with NFL experience behind them currently on the roster. And teams are always looking for depth in the trenches.”

Surprisingly, the position where the Vikings boast some of the NFL’s best players happens to also be their biggest weakness.

Anthony Harris and Harrison Smith make up the best safety tandem in the league, according to Pro Football Focus, but beyond the duo is next to nothing.

Rookies Josh Metellus (6th round), Brian Cole (7th round) and Myles Dorn (undrafted) make up the rest of the safety corps. If either Harris or Harrison Smith goes down, there’s zero NFL experience compounded with a virtual offseason, and no rookie OTAs working against their replacements.

‘A Fish & a Bird Fall in Love’ Riddle: Answer to Viral Question Explained