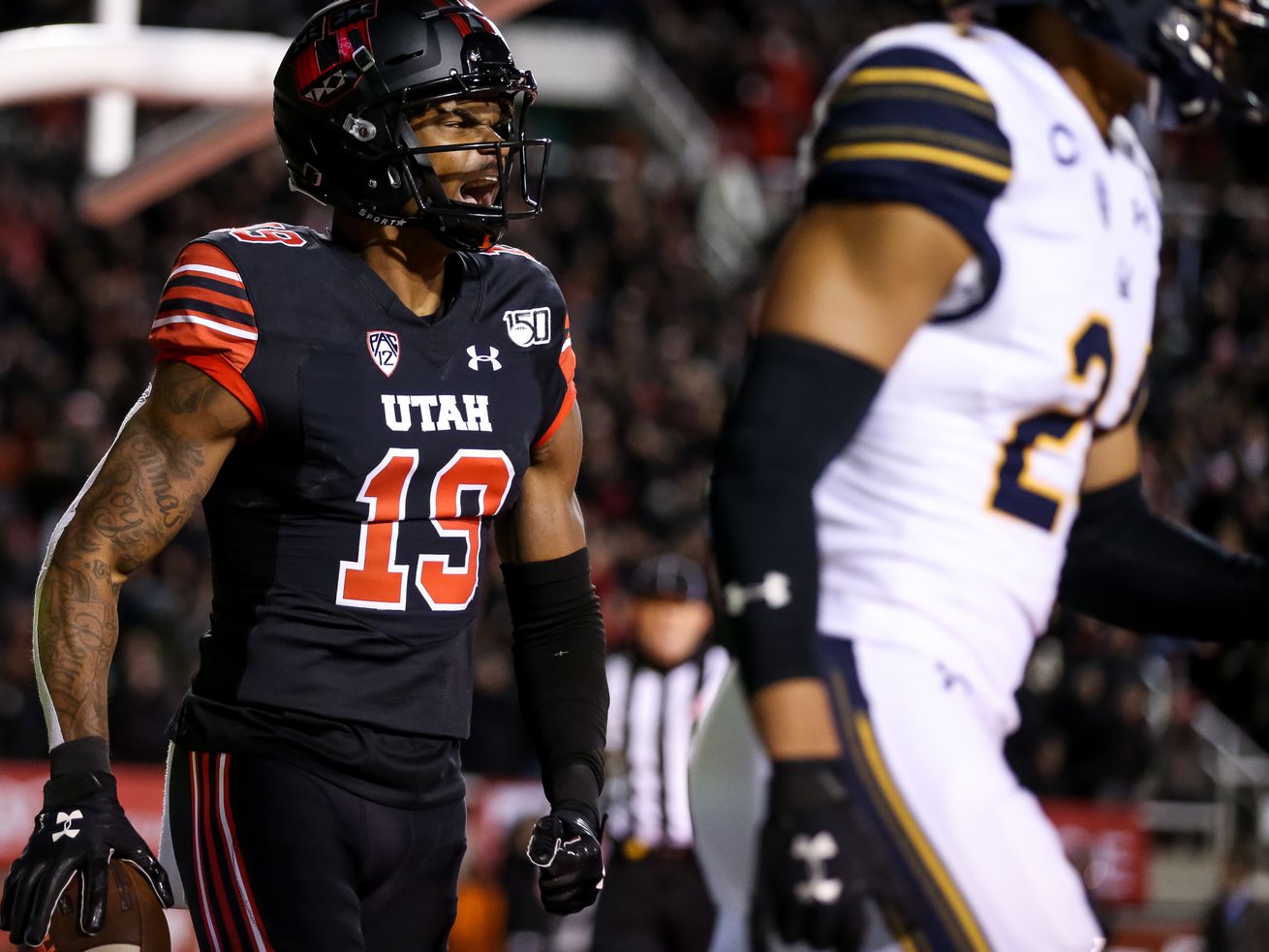 Utah Utes wide receiver Bryan Thompson (19) celebrates after scoring a touchdown on a 40-yard pass from quarterback Tyler Huntley (1), putting the Utes up 14-0 after the PAT, during the game against the California Golden Bears at Rice-Eccles Stadium in Salt Lake City on Saturday, Oct. 26, 2019. | Spenser Heaps, Deseret News

The outfitter is currently seeking to end multi-million dollar endorsement deals with UCLA and Cal, a pair of Utah’s peers in the Pac-12

SALT LAKE CITY — Utah athletic director Mark Harlan released a statement on the program’s future with apparel and footwear outfitter Under Armour. The company is severing ties with the two other Pac-12 schools — UCLA and California — that it has agreements with contractually.

“We have been a proud partner with Under Armour since 2008 and look forward to the future with them,” Harlan said. “This is a challenging time for all, as we know, but we are tethered as we head into 2020.”

“We have been a proud partner with Under Armour since 2008 and look forward to the future with them. This is a challenging time for all, as we know, but we are tethered as we head into 2020.” — Utah athletic director Mark Harlan

Utah extended its original deal by five years in 2011. An additional 10-year continuation was announced in October of 2016, designating Under Armour as the official outfitter of the university’s varsity programs until June 2027. The extension included agreements for grassroots activation and marketing integration, as well as opportunities for student internships and scholarships.

“We’re thrilled to continue our relationship with Under Armour,” former Utah athletic director Chris Hill said at the time. “The relationship has been positive from all angles — first and foremost the many ways it benefits our student-athletes.”

On Tuesday, John Canzano of the Oregonian/Oregon Live reported that Utah is “an unlikely cancellation target” by Under Armour. The Utes are in the midst of a $65 million, 10-year deal that includes nearly $1 million in cash annually and the remainder in apparel.

UCLA, meanwhile, inked a $280 million agreement with Under Armour in 2016 — a record-setting 15-year agreement. The company’s stock has since dropped severely, especially in the midst of the coronavirus pandemic.

“Under Armour has recently made the difficult decision to discontinue our partnership with UCLA, as we have been paying for marketing benefits that we have not received for an extended time period,” …read more

A soccer game seeks normalcy amid reminders of pandemic