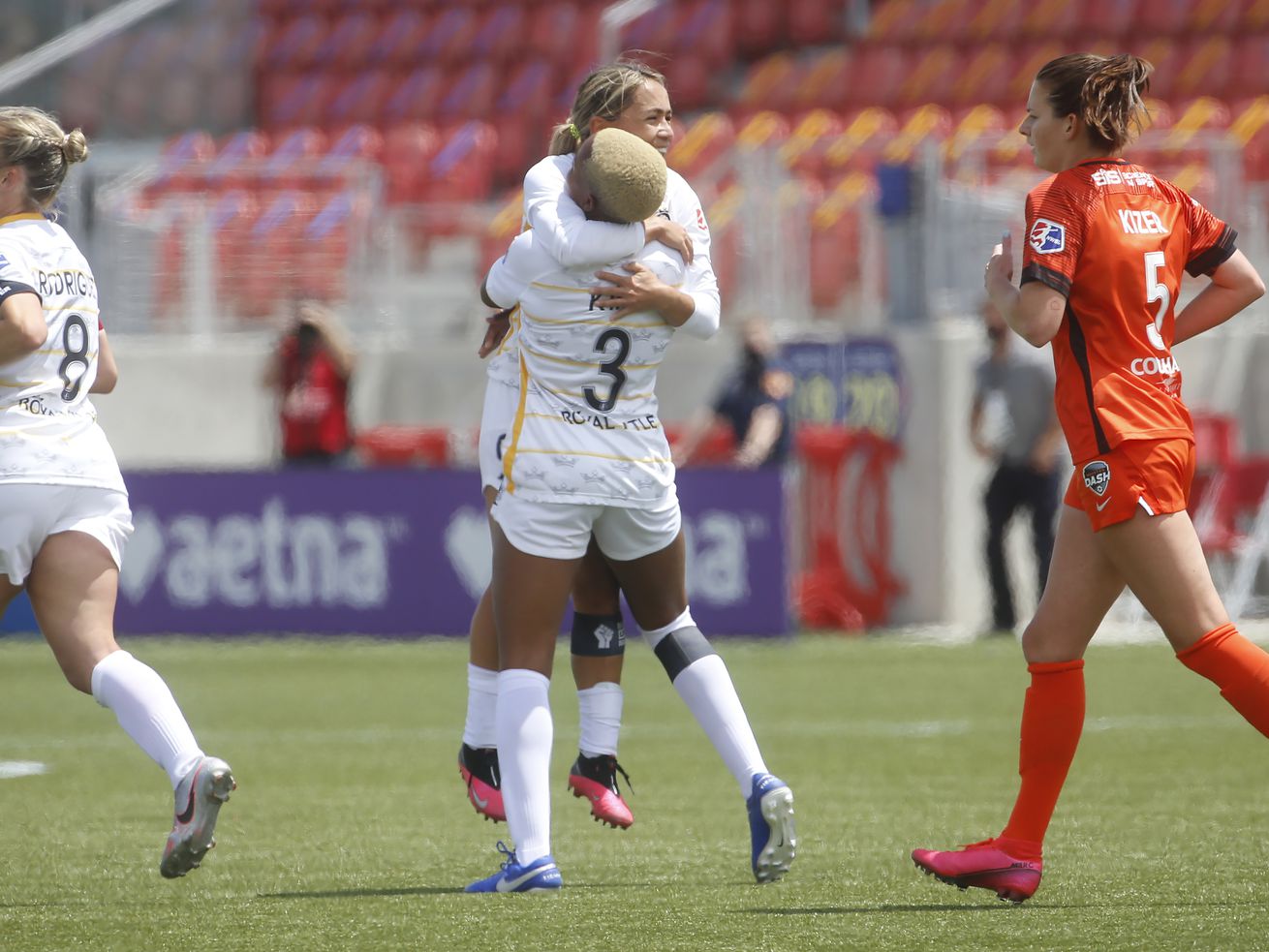 HERRIMAN — One match in, and Craig Harrington has delivered on his pledge, even if it was far from a straightforward path to get there.

Harrington, the new head coach of Utah Royals FC, said when he got the job in February that his team would be more potent offensively, and that certainly occurred Tuesday morning as URFC drew 3-3 with the Houston Dash in both teams’ opening game of the NWSL Challenge Cup at Zions Bank Stadium.

To put the three goals in perspective, in the club’s first two seasons combined in Utah, it scored that many times in a game on just three occasions in 48 tries.

“I promised we’d get goals,” he opened is postmatch press conference on Tuesday. “We got goals.”

There are a couple of important caveats in there, though, as URFC trailed 3-1 in the 82nd minute before a wild finish saw them score twice down the stretch, and one of the goals came on a free kick from Vero Boquete.

Still, it came as URFC is playing the tournament without United States Women’s National Team forward Christen Press, which means every attack-minded player on a squad that struggled to score even with her in the lineup had that much more responsibility to try to find the net.

Nevertheless, Harrington moved forward with the idea of playing with just three defenders on the back line as opposed to the four his predecessor Laura Harvey would employ. His thinking, he explained, comes down to a simple math problem. If there’s one less player defending, one more player can get forward to try to score.