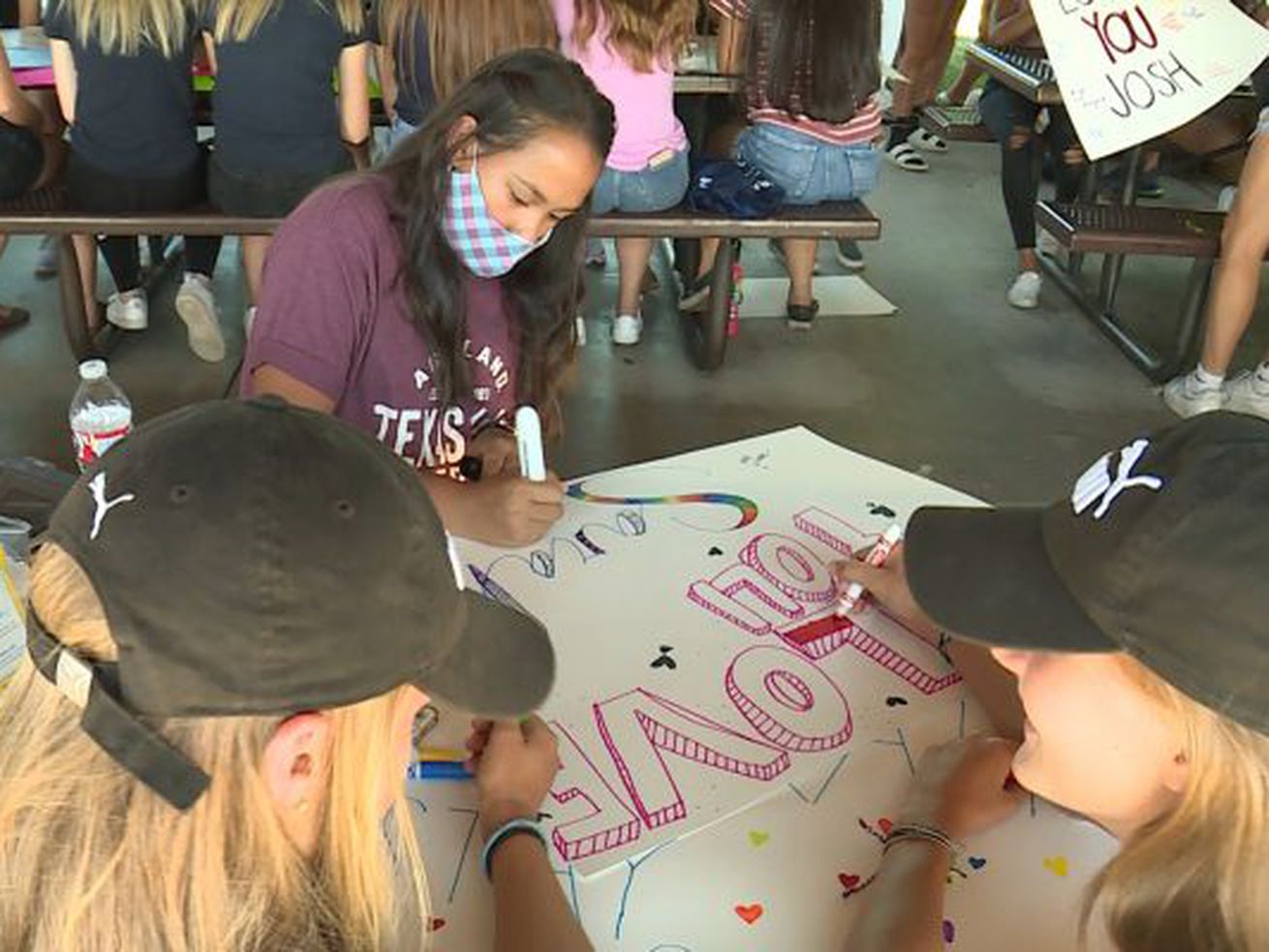 Friends and family members gathered Saturday to make signs and express their love and support for Sarah Frei, 17, at Barnes Park in Kaysville. The Clearfield High School student was severely injured in a crash Thursday in Logan Canyon and doctors had to amputate her legs from the knees down. | Winston Armani, Deseret News

Teen was paralyzed in an accident with an alleged drunken driver and her legs have been amputated.

KAYSVILLE — At a time when things seem to be so divided, more than 100 teenagers came together at a Kaysville park Saturday to show how united they are.

The group gathered together to make signs and posters for their friend, 17-year old Sarah Frei.

“For all these people to be here, I think it’s really good for her,” said McKenna Arciaga, who is one of Frei’s good friends.

Arciaga is on the same Clearfield High School cheerleading team as Frei, and was almost in tears talking about her.

“Sarah is a very fun, outgoing girl,” said Arciaga. “I can tell that a lot of people do love her.”

Frei remained hospitalized Saturday, paralyzed from her waist down, all because of a crash in Logan Canyon Thursday evening.

Family photo
Sarah Frei, 17, a Clearfield High School student, was severely injured in a crash Thursday in Logan Canyon. Friends gathered Saturday to make signs and express their love and support for her after her legs were amputated.

“A truck just comes drifting around the corner and just hits us head on,” said Josh Harrison, who was in the car with Frei and two other friends as they were coming back from a trip to Bear Lake.

The Utah Highway Patrol said the driver of the truck that hit them was drunk.

“I could smell the odor of an alcoholic beverage coming from (the driver’s) breath in an open air environment,” a police booking affidavit states. The trooper “observed several clues of impairment” and the driver said he had drinks before he left to go to Garden City.

Dustin Wesley Andersen, 45, was arrested and booked into Cache County Jail for investigation of four counts of DUI, speeding and improper use of a seat belt.

All four teenagers were taken to local hospitals.