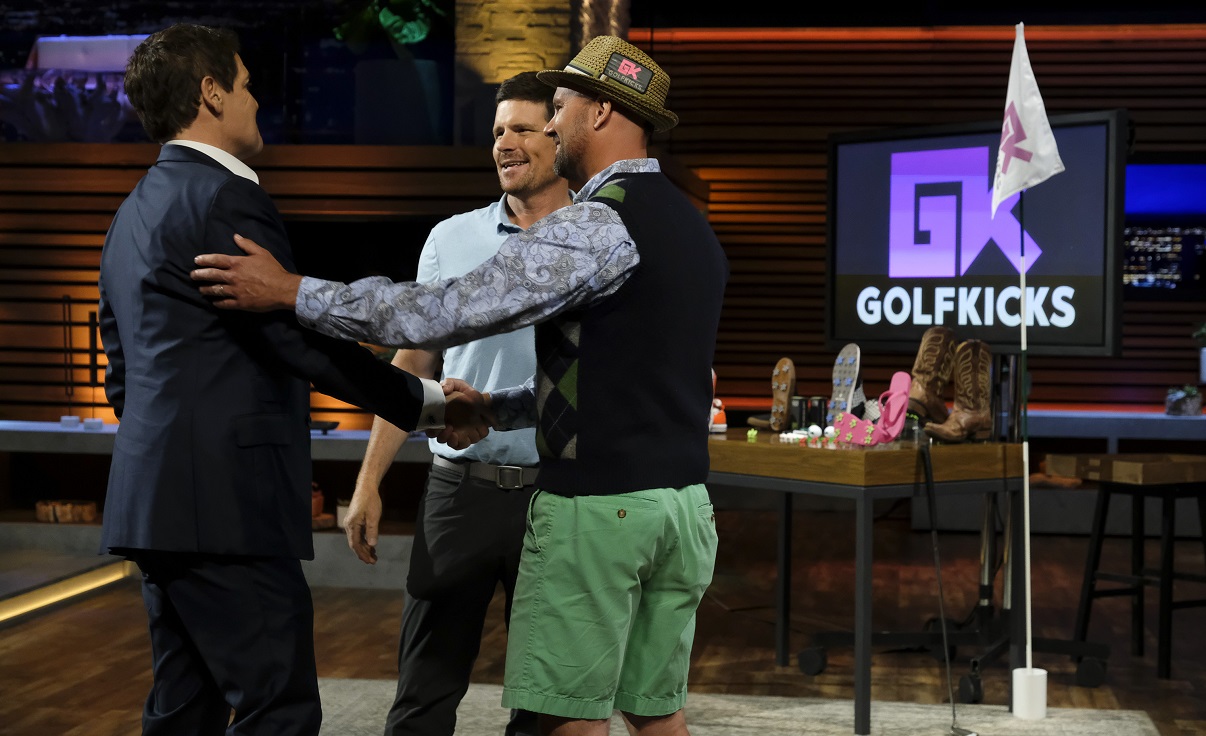 On Season 11 of Shark Tank, entrepreneurs Tyler Stuart and John Krosky pitch GolfKicks, golf spikes that can attach to rubber soled shoes or sneakers so golfers don’t need to lug around another set of shoes on the course.

They went into the Tank seeking an investment of $300,000 in exchange for eight percent equity and accepted an offer from billionaire Dallas Mavericks owner Mark Cuban: $300,000 for 13 percent.

The GolfKicks Shark Tank episode originally aired in October 2019. There is no mention of Cuban on the GolfKicks website or its social media accounts. But the DIY golf spikes company is getting great reviews online including “flawless invention!” and “Exactly what I needed!”

Since Shark Tank, GolfKicks has also been producing GolfKicks swag including baseball caps and t-shirts.

Shark Tank episodes are re-airing on Saturdays at 9 pm on ABC.

Trump wants the Treasury to get a substantial cut of any TikTok acquisition. China’s state media says that would be ‘open robbery.’

As an assistant gardener, I learned that some of the most banal, daily-grind jobs can be rather satisfying. Still, few tasks are as tedious as weeding