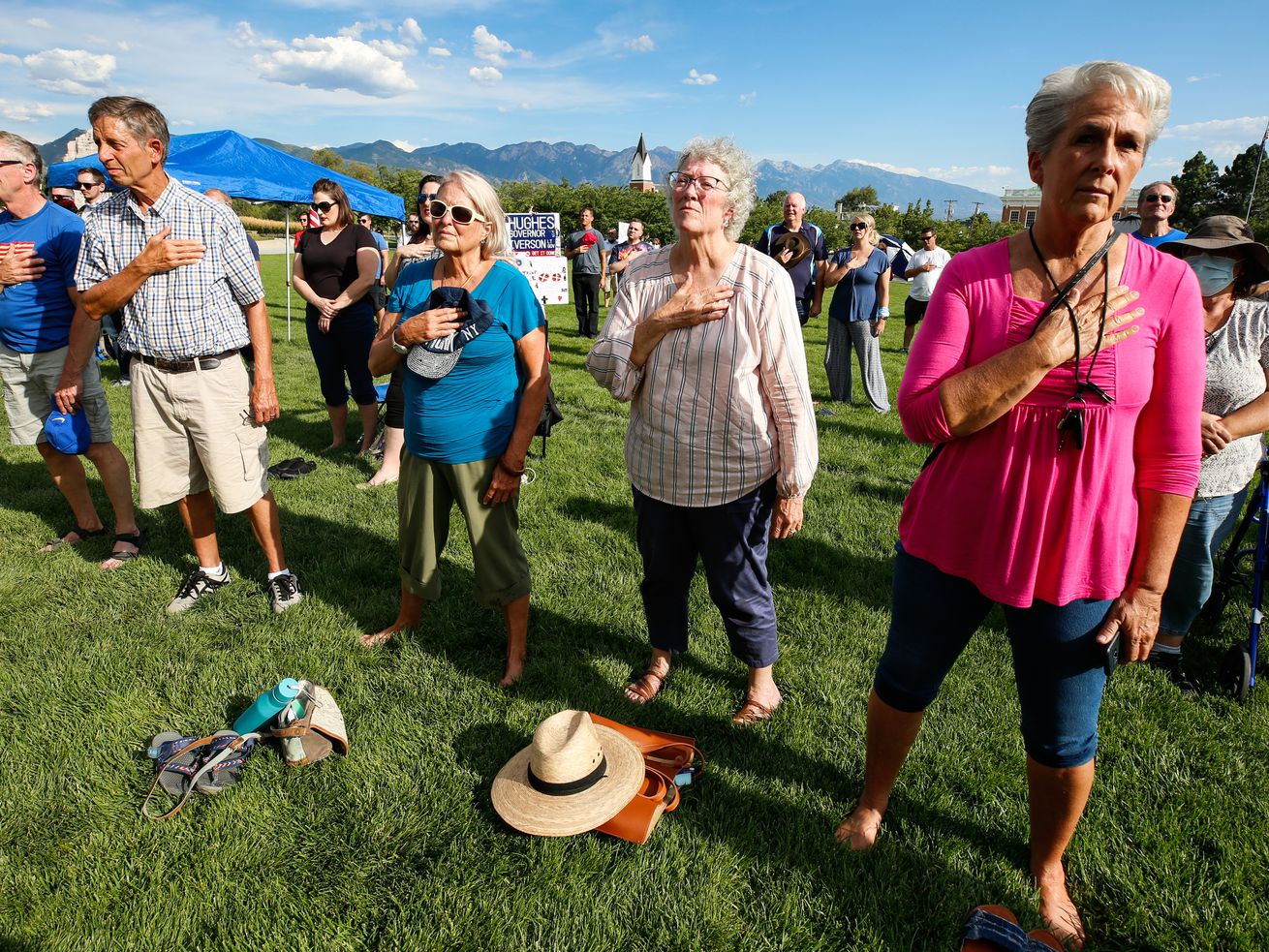 Spectators stand for the national anthem during a Silent Majority March at the state Capitol in Salt Lake City on Saturday, Aug. 1, 2020. | Yukai Peng, Deseret News

SALT LAKE CITY — In the triple-digit heat of an early August evening, several dozen people gathering on the south lawn of the state Capitol building Saturday to show their support for the values they believe have been unheard in the realm of political discourse.

Dubbed the “Civilized Awakening and Silent Majority Rally,“ the event was organized as an effort to bring a voice to what proponents contend are the beliefs and principles of scores of people statewide and around the country who have been ignored by the mainstream media and extreme factions on both sides of the political spectrum.

“This rally really has all intents and purposes to bring people together. The last thing this country needs is to be any more divided and so we really want to find a way to unify everybody regardless of their race, age, gender, political affiliation, any of that,” said co-organizer Shannon Maccines. “We are all one nation. And so our goal here is to speak a message that will cause unity, regardless of all those factors.”

One of the featured speakers at the rally was Roderick Threats, chairman of the Utah Black Republican Assembly. He said the country has seen itself subverted from the inside by the far left and far right as a way to create conflict between people culturally as well as those who identify as Democrat or Republican.

“We’ve not only been divided by race, now we’re getting really divided by ideology. Our culture holds our values, according to the way we vote, and we have this clash of this ideology that just wants to say everything about America has been so bad,” he said. “They use that division, liberal, conservative, progressive, and it doesn’t have to be like that.”

“We have to find common ground. But at the same time, we have to denounce what’s going on both sides. If there’s (negative) rhetoric going on, we have to call it out,” he said.

Carlos Moreno with the Utah Latino Republicans said he hopes the silent majority movement creates better awareness of the potential for negative influences to take control of the political process. An immigrant from South America, he said he worries that forces are at work that could threaten the nation’s democracy.