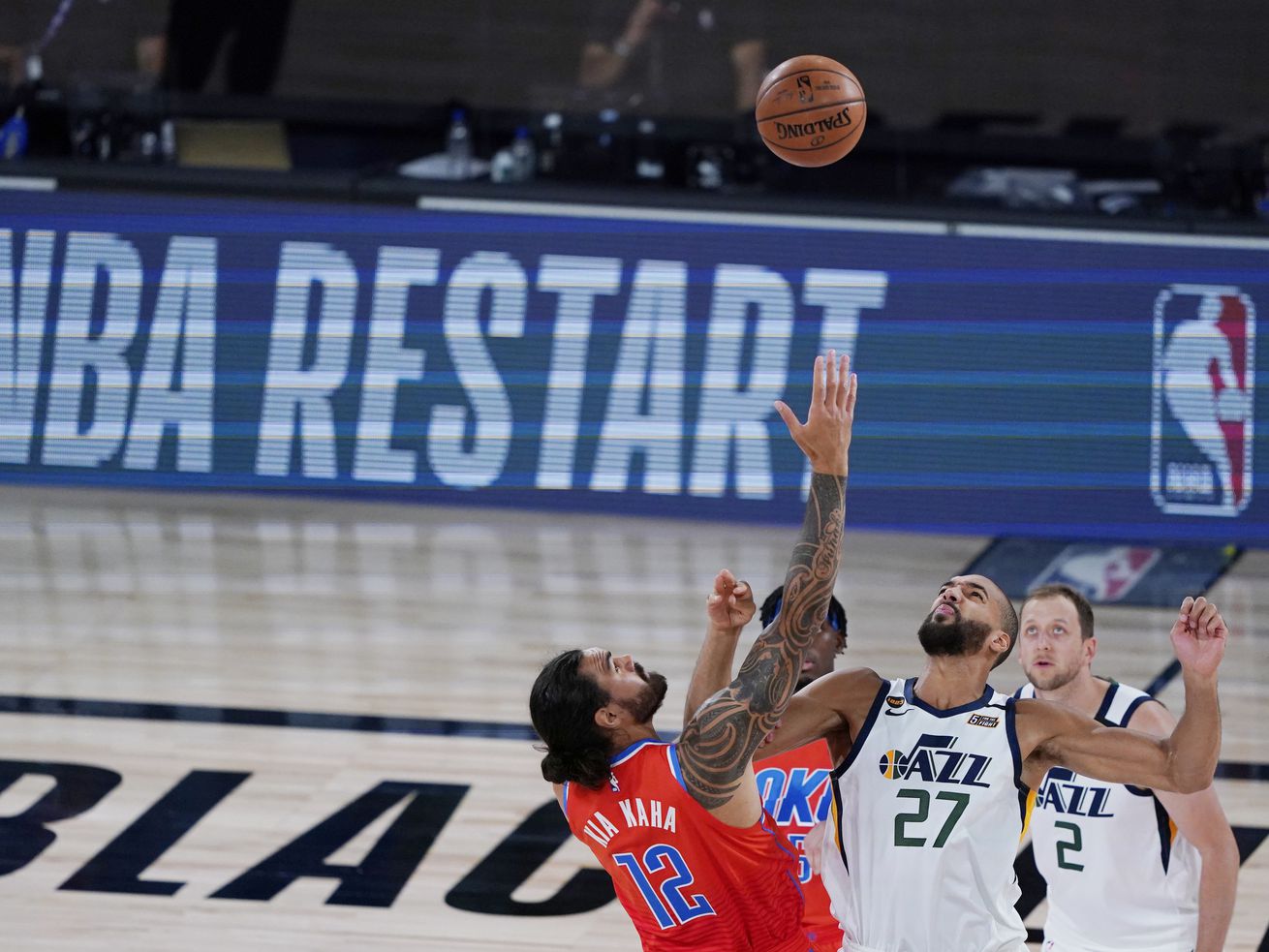 KISSIMMEE, Fla. — The Utah Jazz restarted the 2019-20 season on Thursday against the New Orleans Pelicans. It was a huge relief to be on the court again and to play meaningful basketball, no matter how weird the situation in the NBA’s bubble. But, there was still a door open that had to wait until Saturday to be closed.

On March 11, the Jazz and Oklahoma City Thunder became linked in a way that no other two teams would when, moments before tip off in Oklahoma City, Utah center Rudy Gobert’s COVID-19 diagnosis set the wheels in motion for the suspension of the NBA season and the eventual birth of the bubble.

On Saturday, those two teams finally took the floor, this time at ESPN’s Wide World of Sports Complex at Walt Disney World, to play the game that never happened.

Jazz guard Donovan Mitchell and Thunder guard Chris Paul, close friends off the court — Paul said that Mitchell is “like my brother” more than a friend — talk often and have previously discussed the night in OKC that changed everything, with their most recent conversation coming just before Saturday’s game began.

“We talked about how crazy life has been since the last time we saw these guys,” Mitchell said. “Honestly, it was kind of refreshing to go out and play that game specifically because it’s the one that really changed a lot.”

Thunder center Steven Adams said there was a moment during Saturday’s game when it hit him that the NBA was finally back and that his team was playing the Jazz. He described the feeling as weird but awesome.

Reflecting on the night in OKC when the completely unexpected and unprecedented situation unfolded, Jazz coach Quin Snyder said it’s still crazy to look at the specifics of what happened and who it happened to.

“Thinking back of the circumstances that occurred, not only with the cancellation of the game and subsequently the season, but to have our two primary players, the two guys on our team that were in the All-Star game, to have them both test positive and no one else in the group was a little bit surreal,” he said. “The …read more

Kalani Sitake’s predicament: The unknown is his greatest enemy