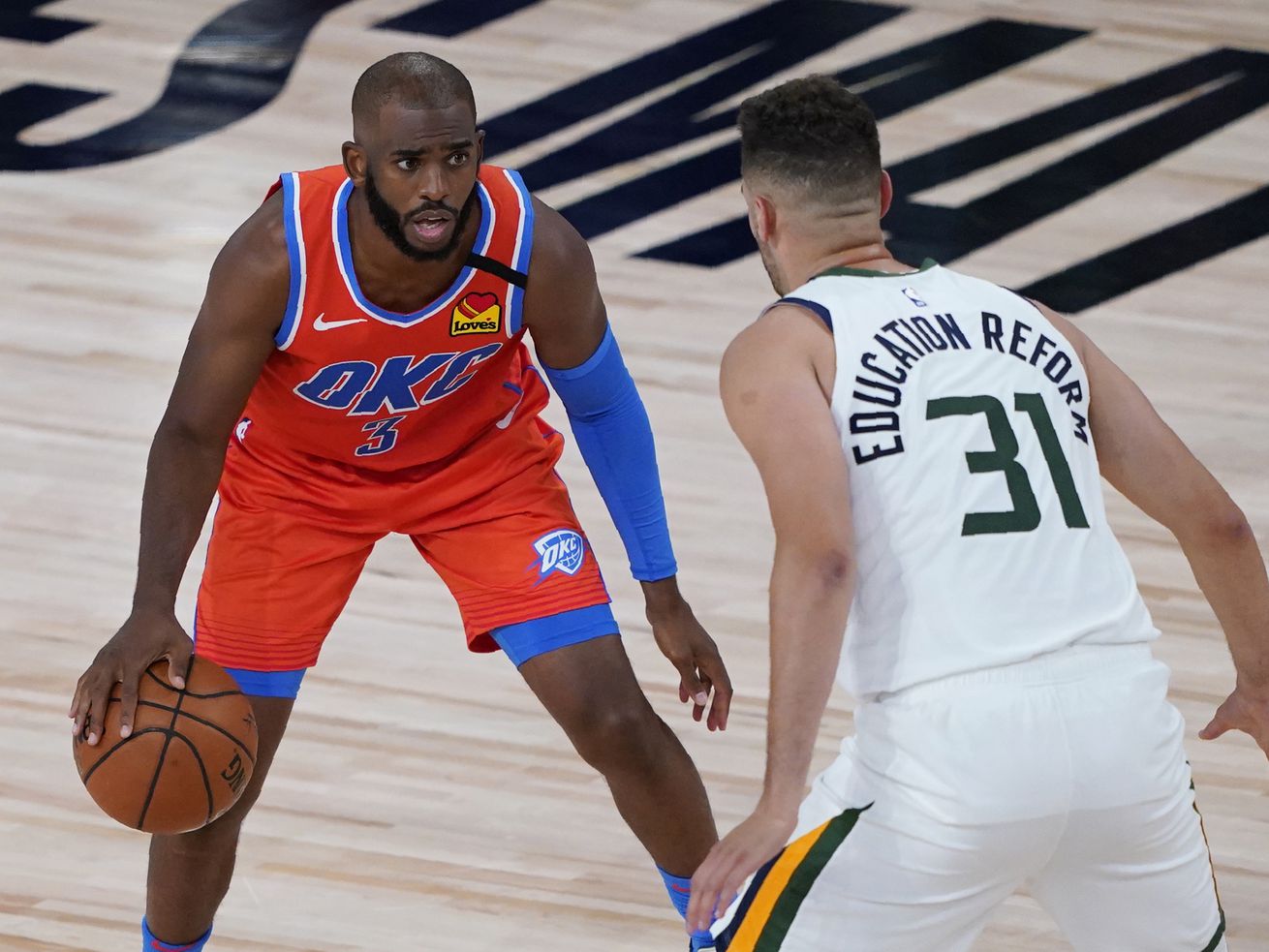 KISSIMMEE, Fla. — The Utah Jazz were served up a reality check by the Oklahoma City Thunder at The Arena in ESPN’s Wide World of Sports Complex on Saturday, and the chef who cooked up the dish was Chris Paul.

Paul, ever the Jazz villain, has a decent chance of turning out a solid performance even if the Jazz are on their A-game. Unfortunately for Utah head coach Quin Snyder, whatever game plan he gave to his team for Saturday’s contest, the players must have thrown out as they ran through the tunnel toward the court.

“He makes it hard enough on you anyway,” Snyder said of Paul. “Our ability to execute on both ends of the floor, if you don’t do that against him, he’s able to find the weaknesses in your defense and exploit them. …He’s a great player and a great leader.”

The trouble in the bubble didn’t stop for the Jazz at Paul, who paced the Thunder with 27 points in the 110-94 blowout win. The athleticism of Luguentz Dort, the springy length of Nerlens Noel and Hamidou Diallo, the quick decision-making of Danillo Gallinari and the overall intensity of OKC’s defense was too much for Utah to handle.

“There’s a long list of things,” Snyder said of what went wrong. “More than anything, credit to Oklahoma City and the way they defended. They took us out of almost everything we were trying to do. There were some windows where we had some success but then we weren’t able to finish, missed some shots, but this isn’t about missing shots.”

Though, making some more shots certainly would have helped, as the Jazz went 8-of-31 from deep and shot just 39.1 percent overall.

Snyder is right though. There is a laundry list of things that the Jazz did wrong on Saturday, and while he didn’t name them all off, I will. The Jazz barely looked like they knew how to play cohesive defense and over-helped to the extent that it was head scratching. They looked like they didn’t have an answer for any of the Thunder’s ball handlers, and even when they crowded the paint, Oklahoma City players were getting to the rim with ease or …read more

Could sixth time be the charm for Utah’s Tony Finau at PGA Championship?