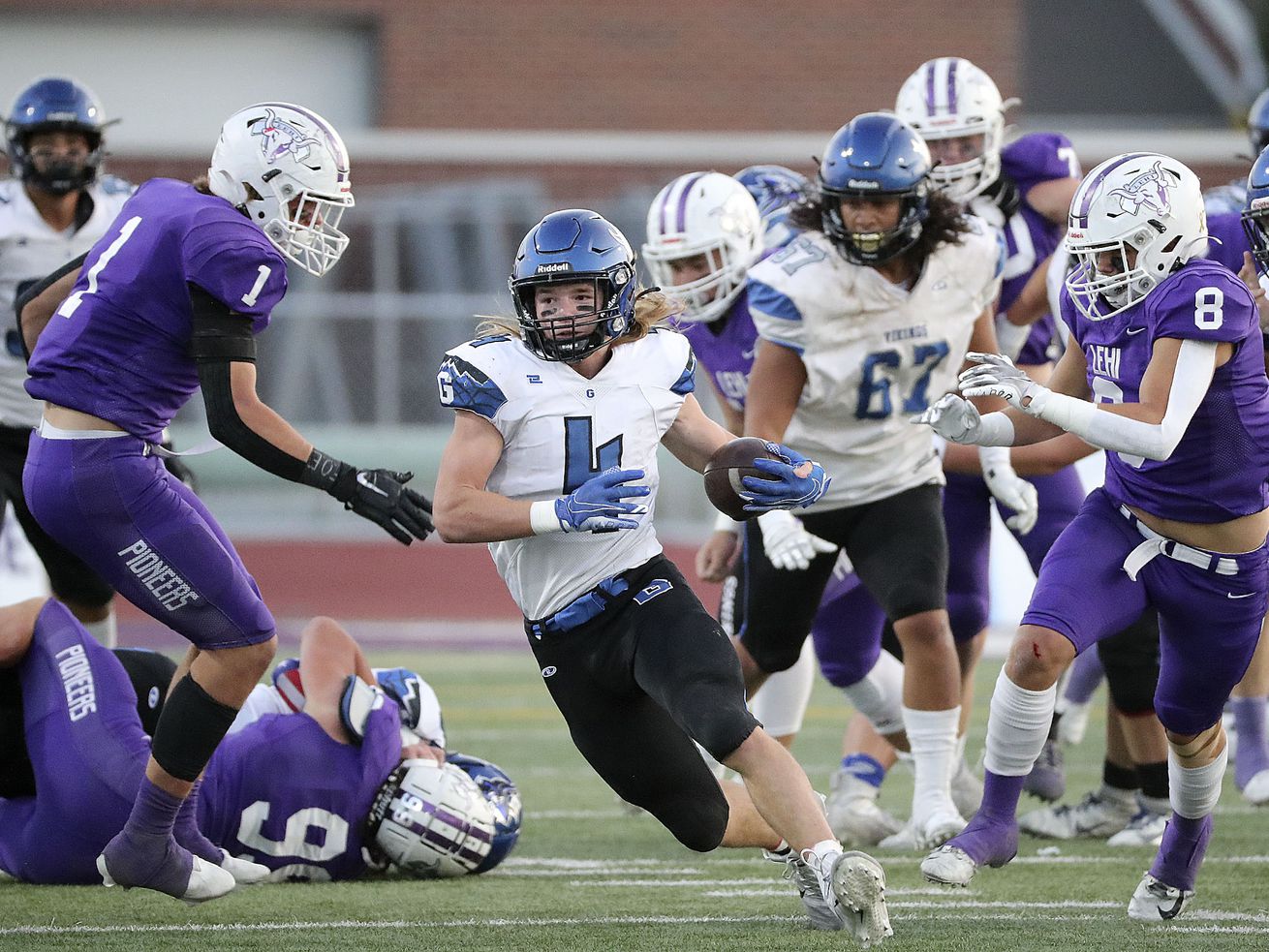 LEHI — It’s good to have Rex Connors on your side with the game on the line.

With momentum severely lagging throughout the second half, Pleasant Grove leaned heavily on its two-way star player to score a thrilling comeback overtime win over Lehi 35-29 on Friday.

Connors ran it in for the 2-point conversion to send the game to overtime with just 27.4 seconds remaining in regulation, and then represented almost the entirety of the Viking offense in overtime to secure the win. Up until that point, he did just about everything on both offense and on defense to lift his team past the finish line.

“Rex Connors is the best player in the state,” appraised Pleasant Grove coach Mark Wootton. “I don’t know why he doesn’t have (a scholarship) offer from every school in Utah because he’s just that good. … He came through when we needed to go.”

It wasn’t just Rex Connors, however, with his twin brother, Porter playing big toward the end, along with fullback Spencer Tauteoli, receiver Darrius Clemons and quarterback Sam Leavitt.

Throughout the course of the game, Leavitt struggled a bit, particularly during the second half after missing practice the entire week due to being quarantined because of COVID-19 precautions. But the young sophomore stepped up big at the end in rushing for a critical 2-yard run on a fourth-and-1 situation, and then hitting a streaking Clemons down the sideline from 40 yards out to bring the Vikings to within 29-27 with just 27.4 seconds left in regulation.

As for the 2-point conversion attempt after, coaches decided to put it all on Rex Connors.

The play was an off-tackle run, and for once, he didn’t have to do a lot, as the offensive line cleared the path as he walked into the end zone untouched.

“I told the guys who were lead-blocking that they better block their (butts) off, because I was following them in,” Rex Connors said. “Lucky enough, I didn’t have to do (much), and just walked in for a touchdown.”

Are college sports in trouble? Asking for Kyle Whittingham