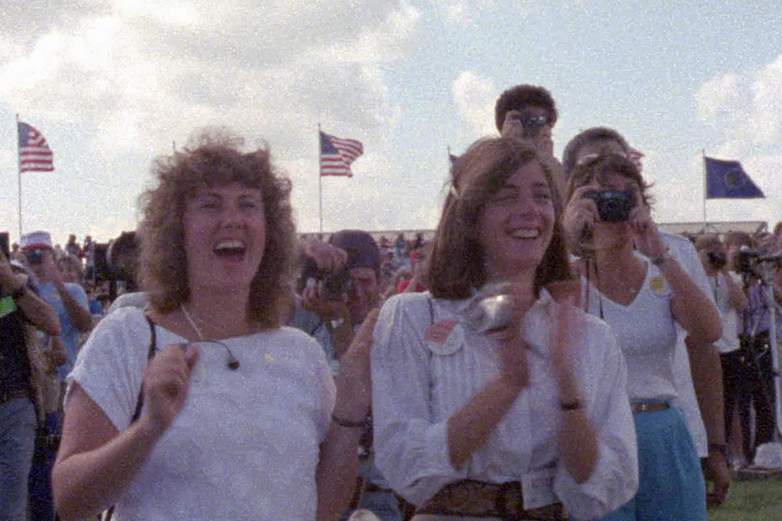 Barbara Morgan was the alternate astronaut who would have taken Christa McAuliffe’s place if she hadn’t been able to fly on the Challenger. The Challenger explosion is the subject of Netflix’s new four-part documentary series Challenger: The Final Flight, exploring the stories around the tragedy of January 28, 1986. Morgan is still alive today. Here’s a look at where she is now.

Barbara Radding Morgan was a teacher selected as a backup candidate for NASA’s Teacher in Space Project. She trained with McAuliffe and became the new designated Teacher in Space after McAuliffe died, working with NASA while also returning to teaching.

Morgan talked to NASA in an interview about her decision to continue working with the space program. She said: “NASA asked if I would, if I would stay on and step into the role that Christa had and serve, as they called it, ‘Teacher in Space designee’… and fly. … We had kids all over the country watching to see what adults do in a very bad situation. And, kids learn, kids learn first by doing; they also learn by watching. … It was very important that they see that adults…figure out what went wrong, fix it, and make things better for the future to keep that future open-ended. And there was nothing more important to me than … making sure that we do the right thing and that we keep their future and our future… open-ended.”

The video below shows Morgan watching the Challenger launch as the tragedy unfolds.

Twelve years after the Challenger explosion in 1998, Morgan became a full-time astronaut herself and after two years of training, was assigned to the Astronaut Office Space Station Operations Branch. She worked in mission control, communicating with on-orbit crews.

In 2003, nine months before she was supposed to have her first launch, the Columbia exploded upon re-entry — the same craft she would have been riding later in the year, Boise Weekly reported.

In August 2007, she flew on STS-118, an assembly mission for the International Space Station that launched from the Kennedy Space Center in Florida. Boise Weekly reported that before she left, she was very focused on her trip and didn’t express much emotion, asking journalists to revisit questions when she returned.

What is WhatsApp? A guide to navigating the free internet-based communication platform

How to Watch I Can See Your Voice Online Free