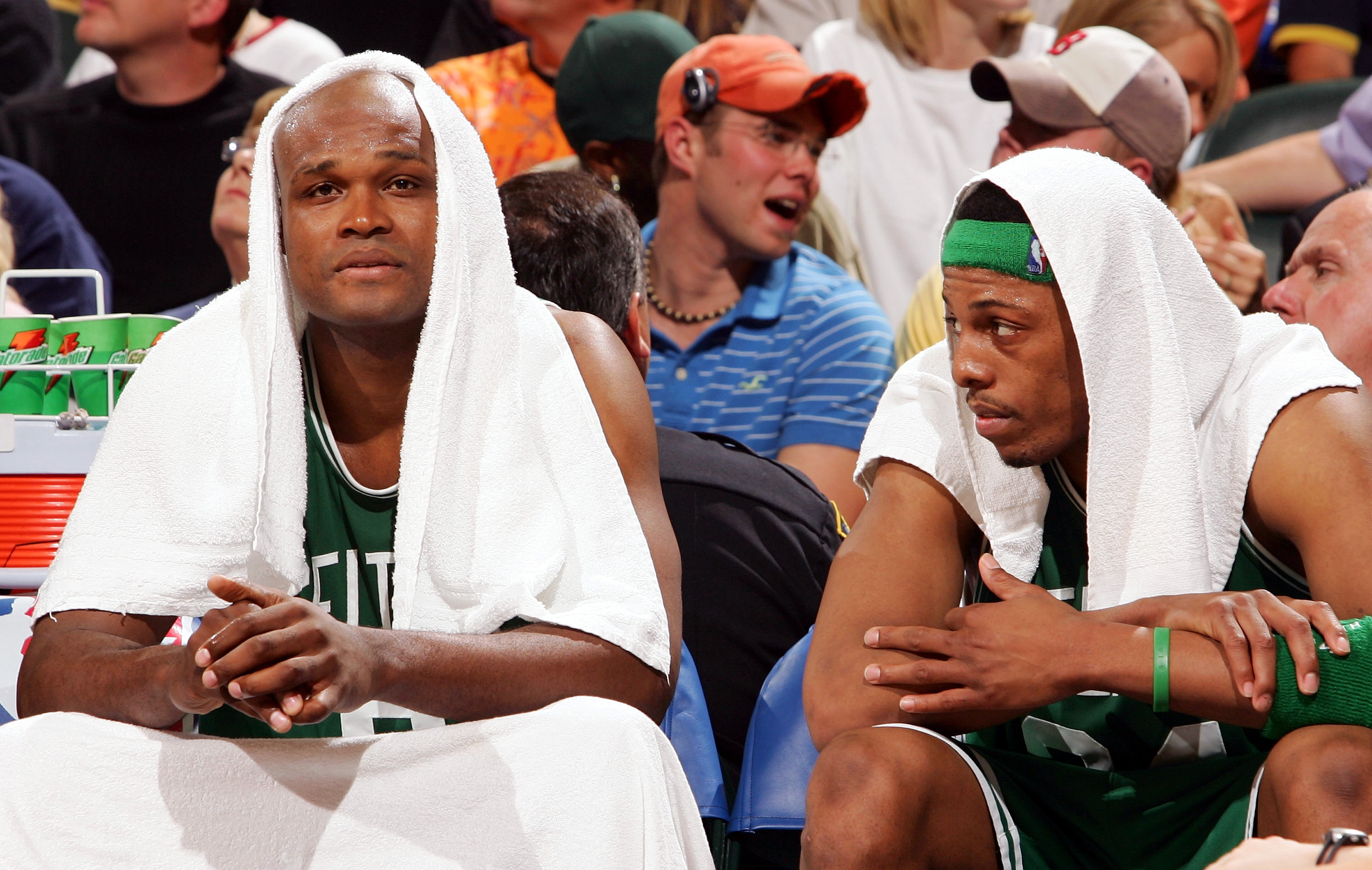 Antoine Walker believes that Paul Pierce is the best teammate that he ever had.

“That’s a tough question,” Walker told me while on the Heavy Live With Scoop B Show.

“I would say Paul because we had so much respect for each other and we could push each other.”

Boston’s sixth overall pick in the 1996 NBA Draft out of the University of Kentucky, Walker was a three-time All-Star and a member of the NBA’s All-Rookie team in 1997.

Walker’s talent really shined in the eyes of many when the Celtics paired him with Paul Pierce.

The duo of Pierce and Walker blossomed during the 2001-02 season when the Jim O’Brien team boasted a 49-33 record and made their first NBA Playoffs appearance in seven years. Walker’s stat sheet was amazing 22.0 points and 5 assists per contest.

The Celtics made it all the way to the NBA’s Eastern Conference Finals, but would eventually lose in six games to a talented New Jersey Nets team that was guided by Byron Scott and featured Jason Kidd, Kenyon Martin, Keith Van Horn and Richard Jefferson.

“Me and Paul could curse each other out and call each other every name in the book and we’re still friends the next day and we’re ready to go,” recounted Walker.

“We had the same goals in mind, we wanted to help rebuild the Celtic organization, we wanted to get back to the playoffs, we were able to do that, we had aspirations of one day winning the title, but we got along so well on and off the court for the time that we played together. Even when I left and then came back, it was just like the same way when I left and that would probably be my best teammate. Now did I enjoy playing with some other guys? No question. Shaq, D-Wade, Gary Payton; love ‘em. Enjoyed playing with them. Some of my best teammates. But the best was Paul Pierce hands down.”

INDIANAPOLIS – APRIL 28: Antoine Walker #8 (L) and Paul Pierce #34 of the Boston Celtics rest on the bench during the second half against the Indiana Pacers in Game three of the Western Conference Quarterfinals during the 2005 NBA Playoffs on April 28, 2005 at Conseco Field House in Indianapolis,Indiana.The Pacers defeated the Celtics 99-76. NOTE TO USER: User expressly acknowledges and agrees that, …read more

Apple has been noticeably absent from the race for a foldable phone — and there’s a good reason why (AAPL, MSFT)

NASA’s Hubble space telescope captured the ribbon of a supernova blast that ancient humans saw about 15,000 years ago