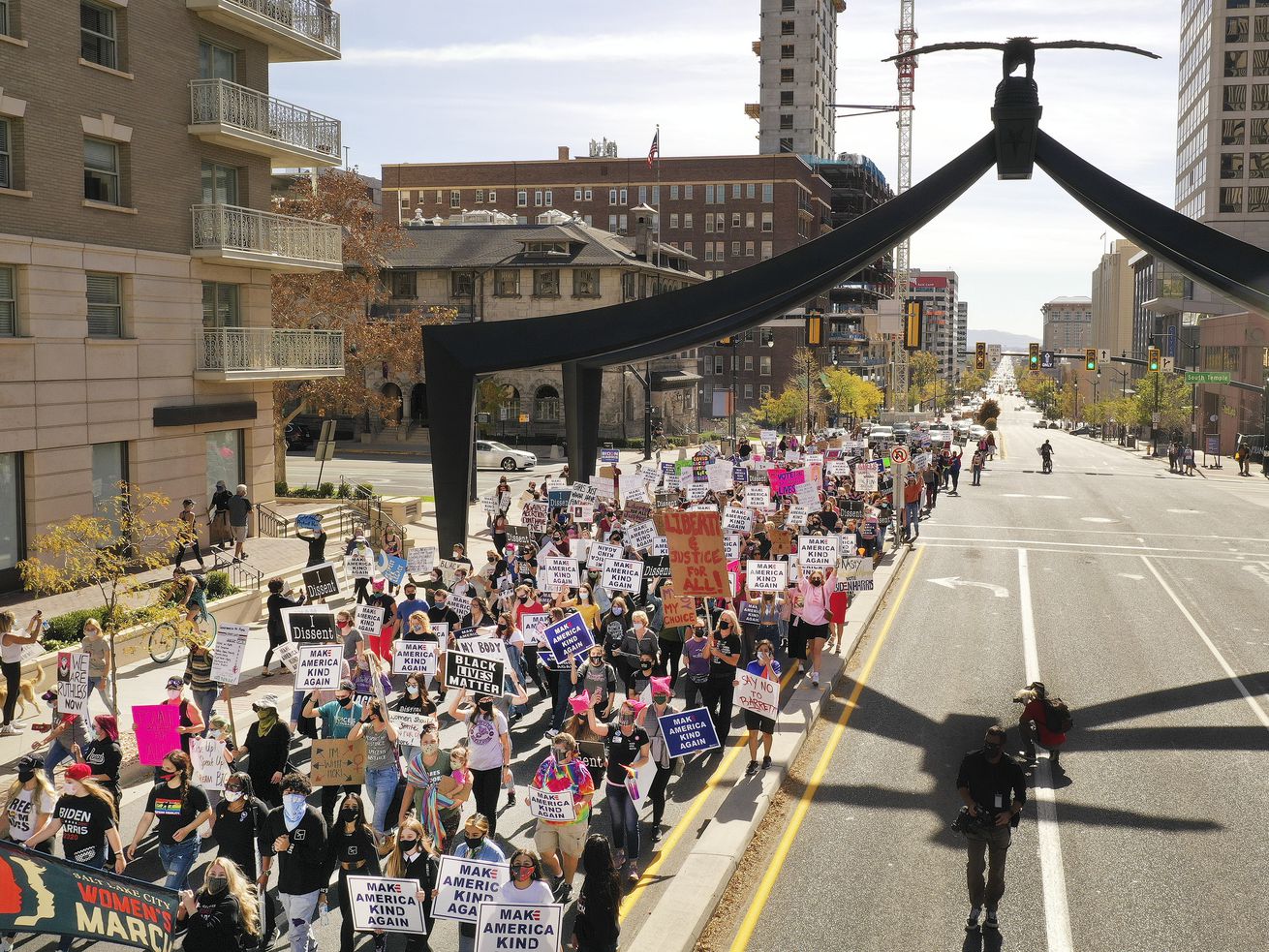 Utah’s was one of numerous marches planned across the country

SALT LAKE CITY — Some 200 protesters joined a Women’s March in downtown Salt Lake City on Saturday to voice their opposition of President Donald Trump and encourage other women to vote.

The event was one of numerous rallies across the country from New York to San Francisco this weekend ahead of the election. Crowds of mostly young women gathered to protest Trump’s policies, including his push to fill the U.S. Supreme Court seat left vacant by the death of Justice Ruth Bader Ginsburg.

“I think we need to make a change for the better, and I think the new generation should do that,” said 14-year-old Alta Woolley as the marchers met in front of the Salt Lake City-County Building.

She said issues around sexism are the most important for her in this election.

Her friend Ella Quarnberg, 13, said she hopes others in their generation will “use their voice to really help, since a lot of the younger generation is trying to help.”

The rally was one of the first of its kind the girls have attended. They sported witches’ hats and carried signs along that theme, one reading: “Hex the sexists.”

A small group of women organized the march in Salt Lake City.

Selina Holm, one of those organizers, said, “We are here to send an unmistakable message against Donald Trump, his racism and his sexist agendas, and his opposition to take responsibility for the tragic disaster he has left this country.”

Holm described herself as a mother of five and a mail carrier for the U.S. Postal Service. She encouraged others at the rally to “trust the post office” and vote.

“We have been silenced for too long, and as a Latino woman supporting Joe Biden and Kamala Harris, I knew that Utah women need to be heard. And that’s why I’m here,” she said.

The group marched to the state Capitol. Many carried signs with phrases such as: “Make America kind again,” “I’m with her,” and “I dissent.”

Speakers at the event focused on issues including equal rights and pay, women’s reproductive rights, and the …read more

Braid: A minister is infected and Kenney goes into self-isolation on the worst day of COVID-19