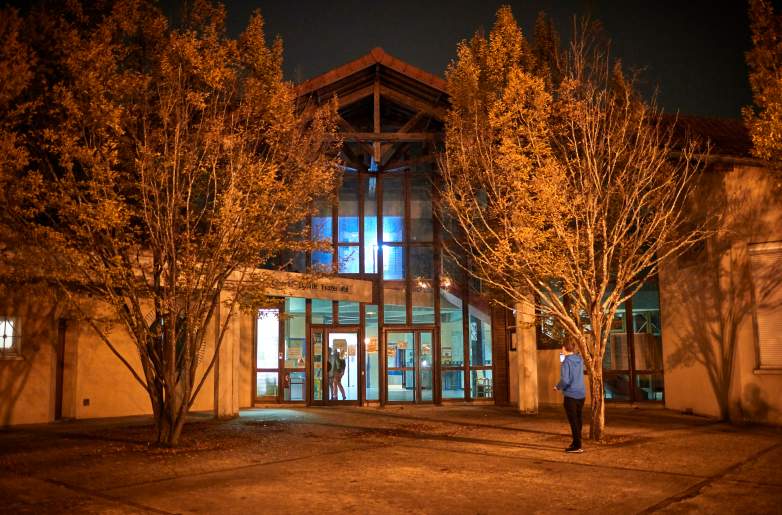 Samuel Paty is the French teacher who was beheaded in a gruesome terrorist attack, according to Reuters, which cited French media.

According to FL24.net, a French-language site, the French president Emmanuel Macron called the beheading an “Islamist terrorist attack.” The suspect was 18 years old and a Chechen. Police shot him dead after he cut off the teacher’s head, the site reports. Paty had shown students cartoons of Muhammad published in Charlie Hebdo as part of a lesson on freedom of expression. In 2015, attackers upset by the cartoons shot 12 people to death in and near Charlie Hebdo offices.

According to CNN, the attack occurred in Éragny-sur-Oise, which is a suburb of Paris, France. The suspect shouted “Allahu Akbar,” Daily Mail reported.

Getty College Bois D’Aulne, the school where the middle school teacher who was decapitated taught on October 16, 2020 in Conflans-Sainte-Honorine, France. France launched an anti-terrorism investigation after the incident where police shot the 18 year old assailant who attacked and killed the history-geography teacher.

The video above captures the moment people shot the assailant. You can hear police shouting in French and then gunshots.

According to FL24.net, Paty was 47 and taught history and geography. CNN reported that Paty was a teacher “at a secondary school in the region of Conflans-Sainte-Honorine.” He showed the cartoons as part of a “moral and civil education” course to children aged 12 to 14, The Guardian reported.

Macron said that Paty was murdered “because he was teaching students the freedom of expression, the freedom to believe and not to believe. Our compatriot was cowardly attacked, was the victim of a characterized Islamist terrorist attack.”

The president continued that France must make “our children, wherever they come from, whether they believe or not believe, whatever their religion, into free citizens.”

The French language site Valeurs reported that Paty had been threatened with death and was aware of those threats before the beheading. That site named the suspect as Abdullakh A. A.

Paty Discussed the Cartoons in His Class

Trump can’t seem to win over women voters. It may cost him a second term.

The CEO of $6.7 billion Smartsheet says that the key to staying ahead of the curve is encouraging an entrepreneurial mindset in employees (SMAR)