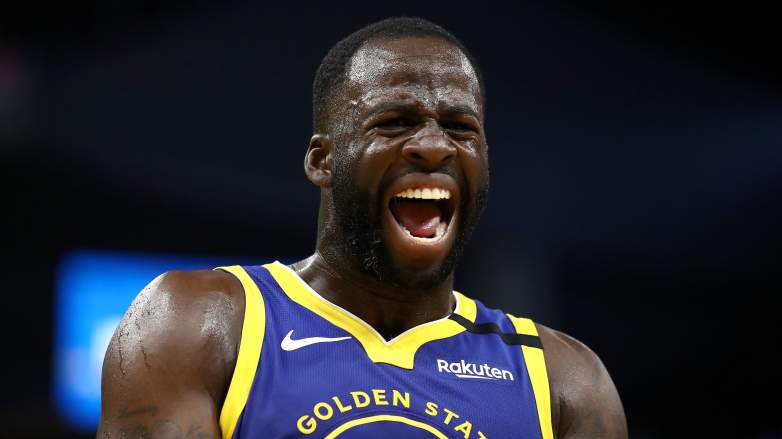 The Golden State Warriors are currently in danger of dropping out of the playoff race due to their current stretch of losses. The team is 1-5 out of their last 6 games and are only one game ahead of the Sacramento Kings for the 10th spot in the NBA’s western conference.

Following their latest loss to the Miami Heat, the Warriors’ star forward, and former Defensive Player of the Year, Draymond Green spoke out about the team’s chances for the playoffs and what his mindset is when it comes to it.

“I don’t go into these games thinking, ‘Man, we need to win these games to get into the playoffs,’ ” he said to a group of reporters via NBC Sports Bay Area. “I hate f–king losing. So when I step on the floor, I want to win. But I’ll be 100 percent honest with you — fighting for a play-in spot does not motivate me. Fighting for a playoff spot doesn’t motivate me at all.”

GettyDraymond Green reacts to a play in a game against the Utah Jazz.

That wasn’t all the Green had to say. He spoke to the group of reporters at length about how much losing bothers him and what specifically motivates him at this point in his career.

“No play-in game is going to motivate me at this point of my career,” Gren said. “That’s just kind of what it is. Playoff basketball is definitely motivating. But play-in games don’t motivate me. That won’t change today, tomorrow, in a month or two, or two years from now. I want to win. That’s enough motivation for me.”

For someone like Green, who has won multiple championships and is entering the later stages of his basketball career, this is a very important time. Missing out on an …read more

Allford: Memorialize the pandemic with personal keepsakes of the time that was