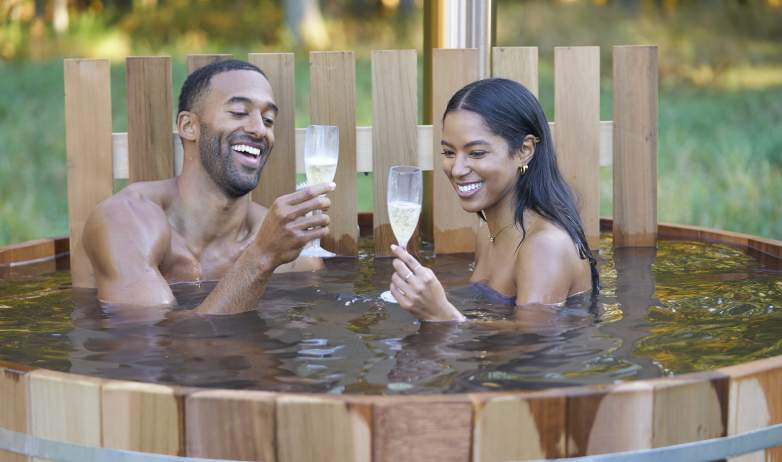 Bri Springs was a frontrunner from day one on season 25 of The Bachelor, earning the first one-on-one date invite from Matt James. But she revealed on a podcast that her trip to Nemacolin Resort wasn’t the first time she made an effort to meet James.

“I actually tried to shoot my shot in his DMs,” Springs said on an episode of Viall Files in March. “I was like, ‘You know what? I might just have a better shot just going on the show.’”

Springs, 25, said James had already been named the next lead of The Bachelor when she sent the message, but she wasn’t yet one of the contestants vying for his heart.

“It was probably at a point when I didn’t realize that I was actually going to go on the show, or at least I was not taking it seriously. Yeah, he didn’t respond to the DM.”

Springs later told Nick Viall that she unsent the message when it became clear she would be on the show. She also said that she didn’t talk to James at all about the DM she sent him.

“No way, that’s so embarrassing,” Springs said. “I had so much confidence and I was like, ‘I don’t even need to tell him I DM’d him, because I’m going to win.’”

Springs was eliminated following a hometown date and finished in third place.

Contact Ahead of Filming Has Stirred Up Past ‘Bachelor’ Drama

On season 16 of The Bachelorette, Blake Moynes made an early impression on Clare Crawley by breaking the rules that require contestants to steer clear of contacting leads of the show ahead of time. Luckily for Moynes, Crawley appreciated the bold move and thanked him for reaching out when she was struggling through a hard time.

While the interaction worked out for Moynes, it underlined that he was walking a tightrope when he reached out to Crawley. That was further highlighted by accusations that Crawley and her Final Rose recipient, Dale Moss, were in contact ahead of filming as well — something both parties denied.

Springs’ DM to James proved to be a harmless, unsuccessful attempt to catch his eye before The Bachelor began filming. But it easily could’ve been the subject of drama if it came to light, especially among other …read more