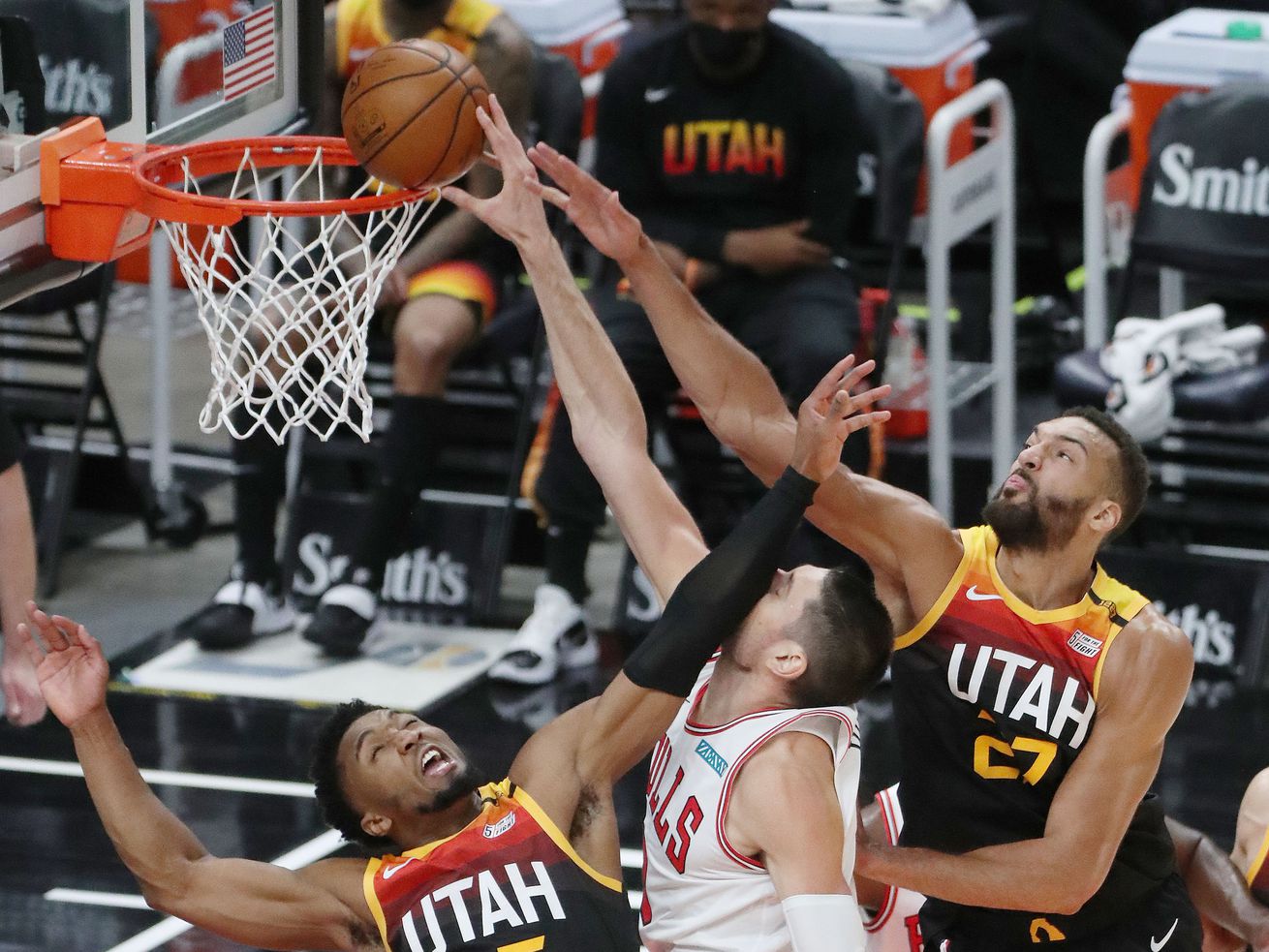 The Utah Jazz beat the Chicago Bulls 113-106 on Friday night at Vivint Arena, improving to 37-11 on the season.

The Jazz were on their way to victory in the final seconds and Zach LaVine was headed to the basket for a bucket that wouldn’t have changed the outcome, but Rudy Gobert wouldn’t have it and made a monster block as the final buzzer sounded. A very strong way to punctuate a win.
Donovan Mitchell, after missing Wednesday’s game in Memphis following the traumatic flight experience on Tuesday, looked a little out of rhythm to start the game but by the third quarter he seemed to have found his bounce again. For as rattled as he was after the Jazz’s flight had to make an emergency landing, it is a great sign that he didn’t need too long to get back into the swing of things. He scored 15 of his 26 points in the second half to lead the Jazz.
The last few games Gobert has really been showing his footwork off and making some pretty impressive moves in the post. His touch is not always the best but he is also getting to the free throw line a lot, which proved very valuable on Friday when he went 7 of 8 from the charity stripe.
In the second quarter Quin Snyder made a rare in-game rotation change specifically for defensive reasons. He subbed in Miye Oni for Georges Niang for just 1:24. It wasn’t a huge move but it is notable, especially as the season wears on and the playoffs near. Any sort of small chess moves could be foreshadowing.
To say that the Jazz were the beneficiaries of some lucky bounces would be a little bit of an understatement after this game. Bojan Bogdanovic, Mike Conley and Gobert all put up some circus shots that if we’re being totally honest, they didn’t earn. But, at the very least they were fun to watch and made for a laugh, which I enjoy very much. Plus, it was all during a regular season game against the Bulls, who have now lost six straight.
It should be noted though that all three of those players, in addition to those circus shots, …read more