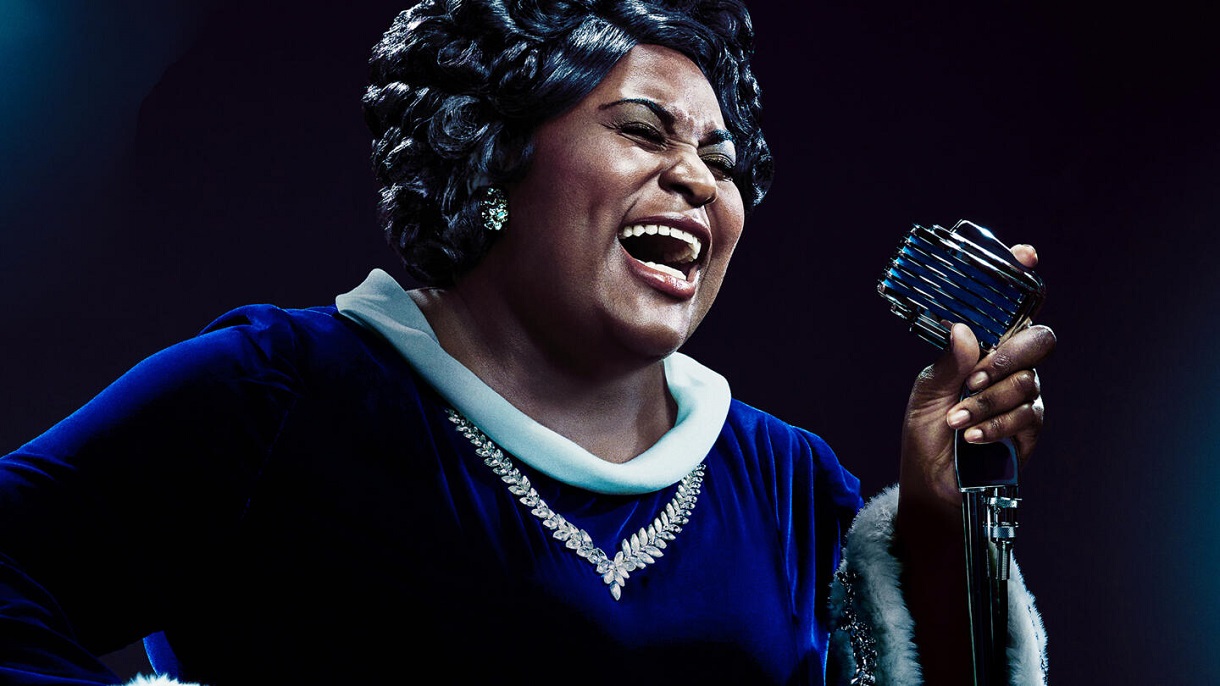 Broadway star Danielle Brooks (The Color Purple) stars in the biopic Mahalia as the New Orleans native gospel singer Mahalia Jackson who melded her music with the civil rights movement in the 1960s.

That’s Danielle on the right

Brooks, who is best known for her TV role as Tasha “Taystee” Jefferson on Orange Is the New Black, is currently filming the Suicide Squad spin-off series Peacemaker with pro wrestler/actor John Cena as the DC Comics superhero (and his alter ego Christopher Smith).

On the HBO Max series Peacemaker, which will premiere in 2022, Brooks plays Leota Adebayo, a character described as “a smart, driven, full-figured woman and capable, but with her fair share of insecurities… A newcomer who isn’t treated well by the others.”

Mahalia premieres on Lifetime on Saturday, April 3 at 8 pm.

The Challenge Star Blasted: ‘You Lie With Dogs, You Get Fleas’