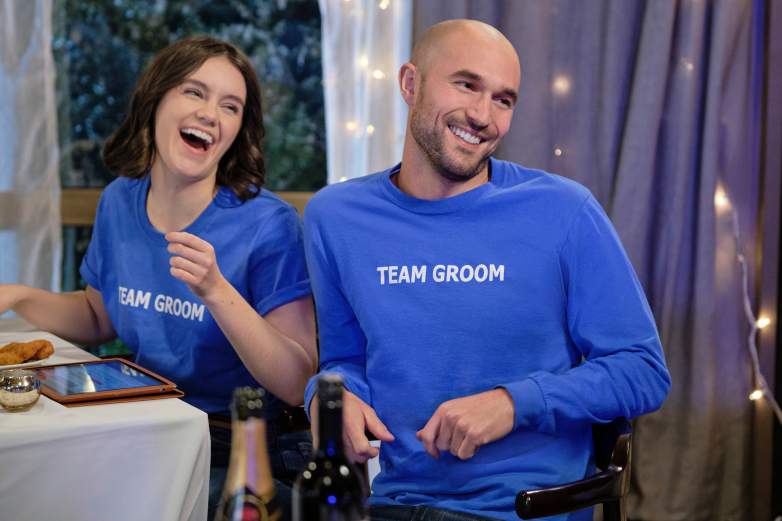 The Hallmark Channel is premiering One Perfect Wedding on Saturday, April 3, at 9 p.m. Eastern. The movie is the final film in the trilogy that started with One Winter Weekend and One Winter Proposal. The movie stars Taylor Cole, Jack Turner, Rukiya Bernard, and Dewshane Williams. Here’s a look at where One Perfect Wedding was filmed, along with behind-the-scenes stories and details about the cast.

It Was Originally  Called ‘One Winter Wedding’

If you think the movie’s title doesn’t quite fit with the theme, you’re not alone. In fact, the movie was originally going to be called One Winter Wedding. Back in 2019, the movie was announced during a preview of Hallmark’s winter 2020 lineup and it was called One Winter Wedding at that point. LollyChristmas predicted at the time that because the script was still being worked on, it likely wouldn’t premiere until 2021.

The movie’s now called One Perfect Wedding, which fits in better with its Spring release date. It was ultimately changed because of pandemic protocols that delayed filming, Parade reported.

Fans have been waiting for this movie for a long time. Back in November 2020, when Turner shared a photo of himself reading pages from a screenplay, many fans commented that they hoped it was One Winter Weekend.

In an interview with the podcast Deck the Hallmark, Turner explained that the show was delayed a couple of times, and then a polar vortex that happened while they were filming ended up making it look like it was a winter-themed movie anyway.

Turner said about the first delay: “I think there were some issues with the script…a year or so ago, that I think they wanted to fix. I don’t know the details of that, but that was what I heard, and I think I heard that on…social media.”

He added that they started shooting in January after some production issues delayed filming.

“The polar vortex was ripping down into Vancouver, so of course it is going to feel like a winter movie,” he said.

‘One Perfect Wedding’ Was Filmed in Canada

One Perfect Wedding was filmed in Whistler, British Columbia, Canada at the Sasquatch Mountain Resort. Filming wrapped on February 19.

Cole shared a photo on Instagram from Whistler during filming.

‘When Calls the Heart’ Exec Explains Mystery Behind Florence’s Son