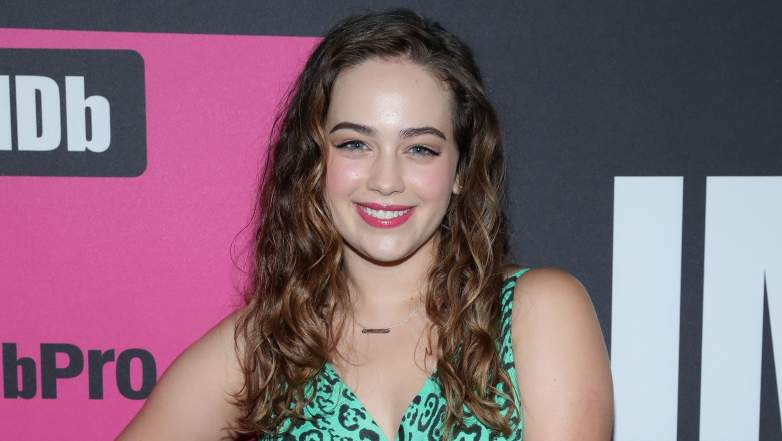 During the second season of Cobra Kai, Robby Keene (Tanner Buchanan) and Samantha LaRusso (Mary Mouser) begin dating. While their romance was cut short after Robby severely injures Sam’s ex-boyfriend Miguel Diaz (Xolo Maridueña), the couple had undeniable chemistry. This may have led some fans to wonder if the actors who portray them are dating in real life.

Mary Mouser Has Been in a Relationship Since 2015

It appears, however, that Buchanan and Mouser are just friends. For the past five years, Mouser has been “in a relationship with Brett Pierce,” as reported by Glamour Fame. In December 2020, she took to Instagram to celebrate their most recent anniversary together.

“[F]ive years with you has felt like five minutes. [H]appy anniversary to the most spectacular boyfriend – who I am so grateful to say is also my best friend, my whole heart, and the only one I would want to be locked in a cabin with for the whole weekend,” wrote Mouser in the caption of the post.

According to Glamour Fame, Buchanan’s relationship status is unclear, but he seems to be single. The publication noted the 22-year-old was last romantically linked to actress and model Lizze Broadway.

Both Mouser & Buchanan Have Talked About Their Close Bond

Despite not being in a romantic relationship, Mouser and Buchanan have a close relationship. While being interviewed by his Cobra Kai co-star Ralph Macchio in September 2020 for Interview Magazine, Buchanan revealed that he had a difficult time kissing Mouser during the show’s romantic scenes because of their strong bond.

“You could talk to Mary [Mouser] about this because she and I are such good friends. When we had our first kiss scene in season two, they were asking us, “Are you ready?” My heart was pounding, I was shaking. It just feels weird to go to that place, because we’re such good friends,” said the actor.

During a January Instagram Live interview with Teen Vogue, Mouser shared details about her and Buchanan’s friendship. She stated that while “Tanner and [she] didn’t get to film a lot together in Season 3,” they would often hang out with each other on set.

“We’re such close friends, so he would just come and hang out on …read more

The electric car boom is coming to wipe out auto dealer profits. Consolidating into ‘super dealers’ may be their only way to survive.