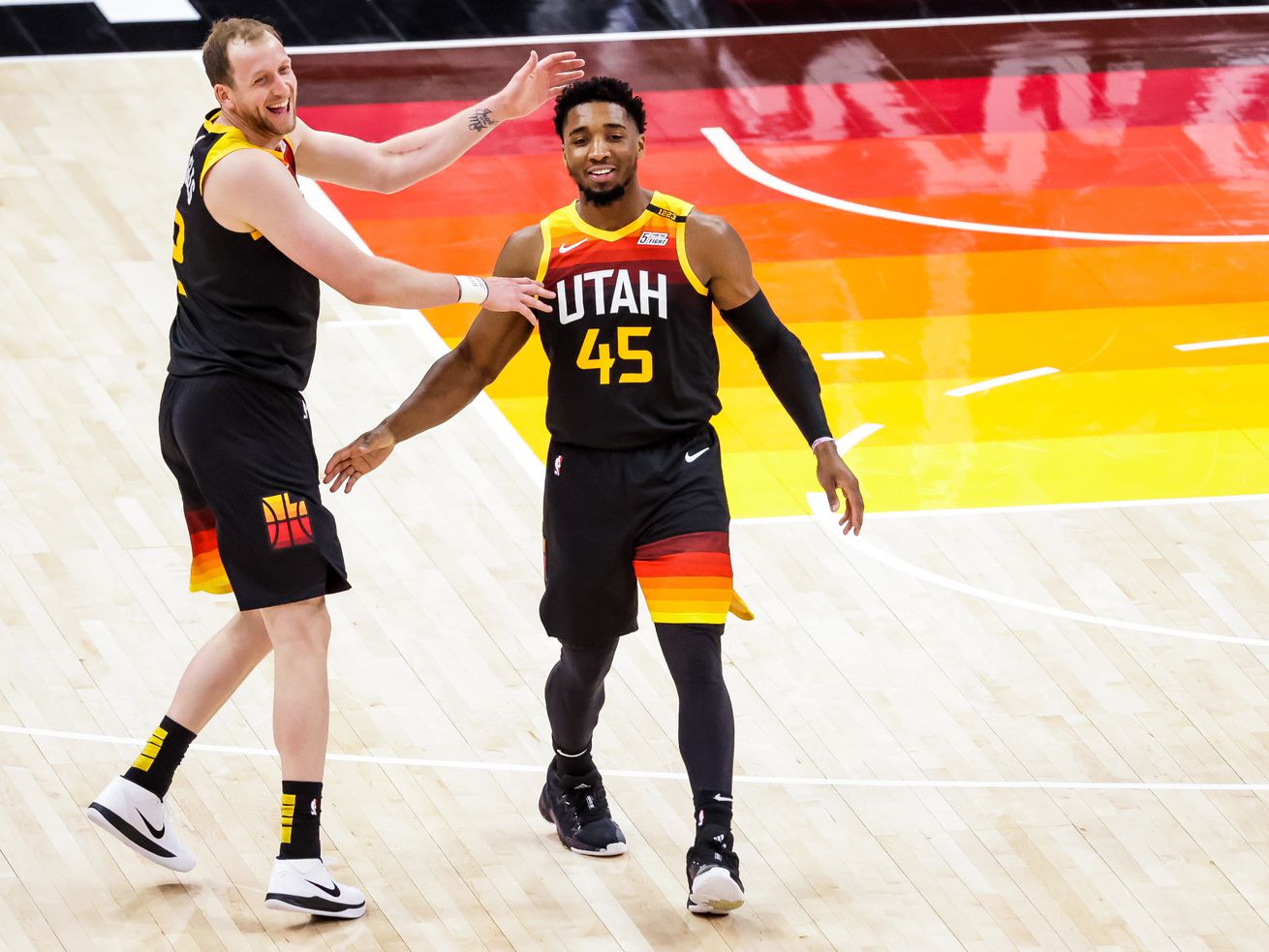 The Utah Jazz absolutely demolished the Orlando Magic on Saturday night to the tune of a 137-91 victory.

When Joe Ingles is heat checking in the first quarter, you know things are going well for the Jazz. Ingles took four 3s in the first five minutes of the game and hit the first three. THAT is the kind of volume that is great to see from him.
And the Jazz shooting did not slow down at all. They set an NBA record for 3s made in a half with 18 in the first 24 minutes. Donovan Mitchell was basically an automatic bucket on pull-ups, going 6 of 7 from deep and finishing with a very easy 22 points. Bojan Bogdanovic was 4 of 6 from 3-point range and Jordan Clarkson was 3 of 6 from beyond the arc and had nine assists. The Jazz were 23 of 40 from 3 through the first three quarters.
Rudy Gobert finished with four blocks in just 20 minutes and used every bit of his wingspan to wrangle an errant lob from Clarkson at one point.
Listen, the Jazz starters and main guys did exactly what they were supposed to do against the Magic and made it look like it was the easiest thing in the world. Let’s get to some fun stuff.
Ingles sent up at least two lobs for Mitchell that if they had been just a little bit on target the roof would have blown off Vivint even with the limited number of fans in the building. That’s the kind of stuff you try when you’re leading by as many as 46 points.
They Jazz were leading 92-46 with 8:03 left in the third quarter and the Jazz team Twitter account tweeted out “lol.” That’s it. That’s the tweet. That’s where this game was, and I agree. That was also the point that Quin Snyder started giving some of the seldom-used players some run. By the 5:22 mark in the third all of the starters were out of the game and wouldn’t return. I love watching the developing players get some real playing time so nearly an entire half was excellent, and we …read more

(Visited 1 times, 1 visits today)
Instant analysis: Jazz set NBA record for 3-pointers made in a half in blowout victory against Magic
0
SHARES
ShareTweet