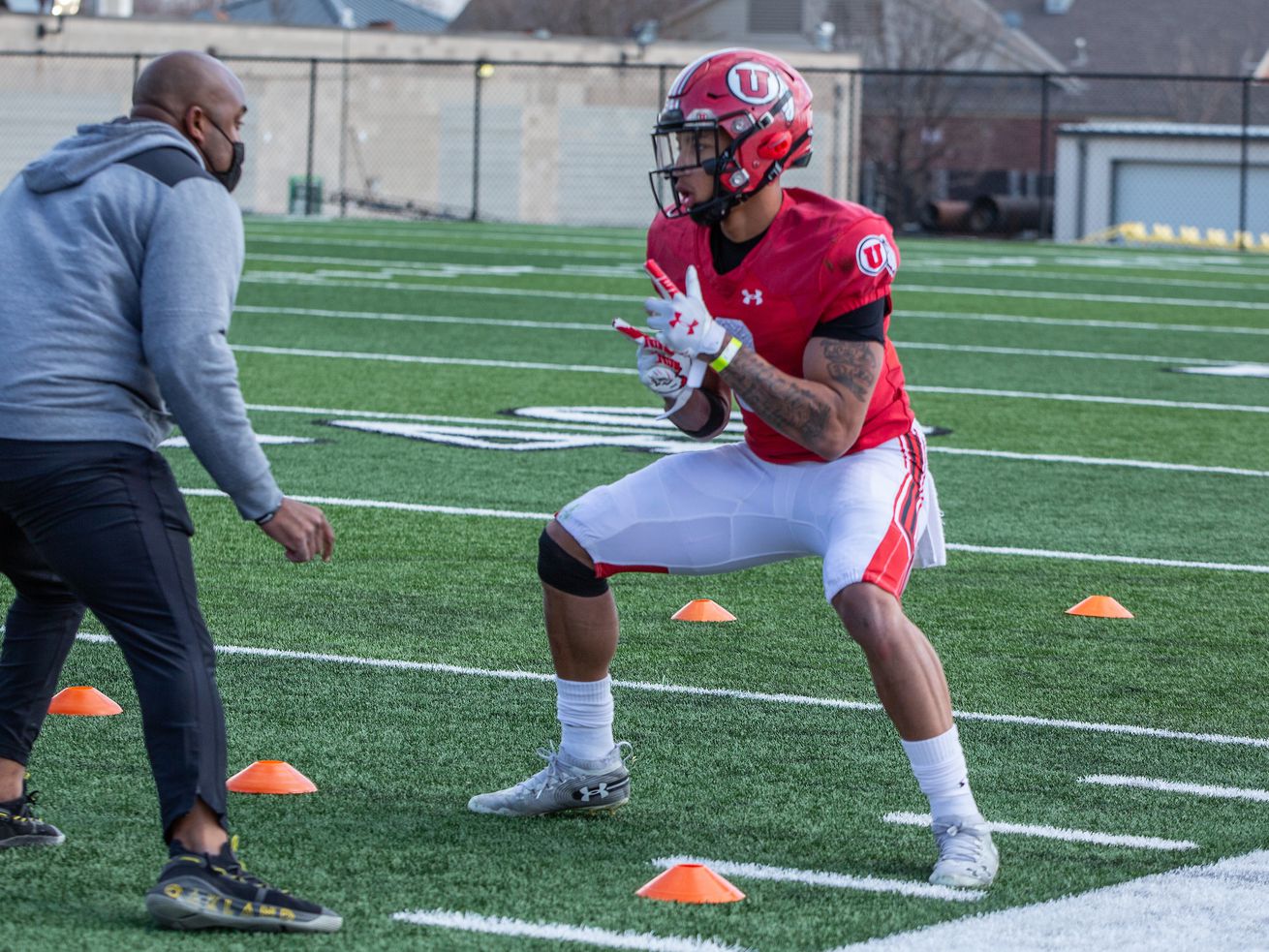 Utah’s Micah Bernard, a redshirt freshman, finds himself atop the depth chart at running back for the Utes. | Utah Athletics

Redshirt freshman Micah Bernard is making a case to be Utah’s No. 1 running back next fall

Among Utah’s intriguing position battles this spring is at running back.

The arrivals of T.J. Pledger, a transfer from Oklahoma, and Chris Curry, a transfer from Louisiana State, have been well publicized while a three-star recruit from Florida, Ricky Parks, will join the Utes this summer.

But overlooked somewhat is 5-foot-11, 200-pound redshirt freshman Micah Bernard, who is actually No. 1 on the depth chart this spring. Bernard has been in the program since 2019, arriving on campus when he was just 17 years old.

Bernard, a three-star recruit, rushed for 2,411 yards during his career at Gahr High School in Cerritos, California. He hails from Long Beach.

After redshirting at Utah in ’19, Bernard played in five games last season, rushing 15 times for 76 yards and catching four passes for 25 yards.

So what puts Bernard at the top of the depth chart, ahead of Pledger and Curry at this point?

“He’s 200 pounds and he has great hands out of the backfield. He’s tough and really smooth. You didn’t really see Micah last year for obvious reasons. But he’s really made a big jump from last spring to this spring. Now it’s his time to shine.” — Utah coach Kyle Whittingham, on Micah Bernard

“First of all, his familiarity with the scheme. He’s been in (offensive coordinator Andy Ludwig’s) scheme going on three years now. He’s got a great command of it. He makes very few mistakes,” coach Kyle Whittingham said Friday. “The learning curve for him is nonexistent this spring, just go out and perform. Whereas the other two are learning the offense and they’re doing a very nice job of that. But they’re still a little bit of a learning curve. At times, there’s a little bit of hesitation and uncertainty. That affects performance. The biggest thing that Micah has going for him is the knowledge of the scheme.”

Besides that, “he’s tremendous physically. He’s got it all. He’s fast — he’s probably a 4.4 kid,” Whittingham added. “He’s 200 pounds and he has great hands out of the backfield. He’s tough and really smooth. You didn’t really see Micah last year for obvious reasons. But he’s really made a big …read more

(Visited 4 times, 1 visits today)
‘Now it’s his time to shine’: Guess who’s at the top of the depth chart at running back for Utah
0
SHARES
ShareTweet

Slump? What slump? Tony Finau believes he can rekindle his 2019 Masters magic