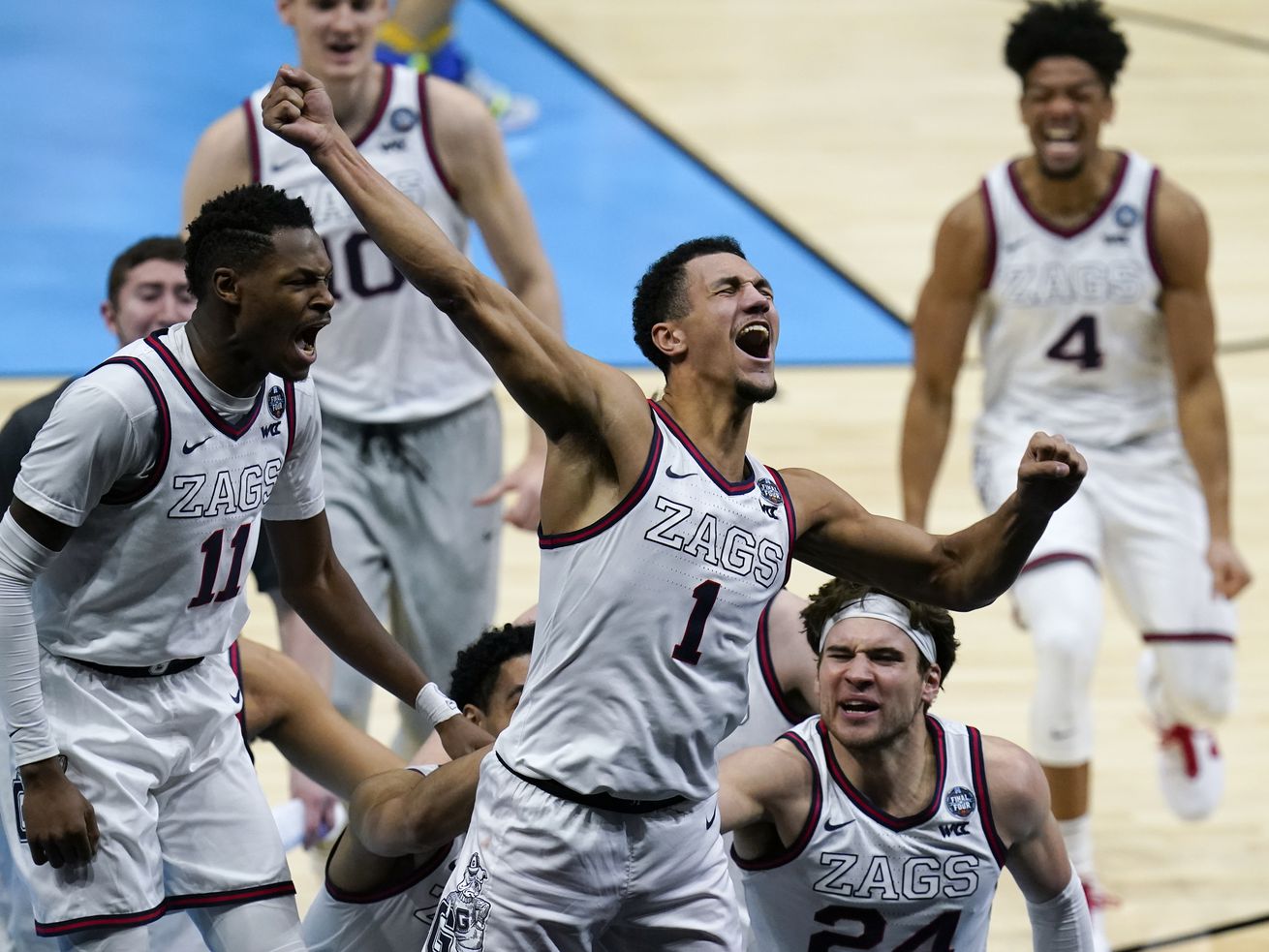 The Gonzaga freshman banked in a shot at the buzzer from just inside the halfcourt logo Saturday night to lift the Zags to a 93-90 overtime win over UCLA and move them one win away from an undefeated season and a national title.

It was the best game of the tournament, and, considering the stakes, maybe the best finish in the history of March Madness — a banker from near midcourt to keep a perfect season alive.

After the shot went in, Suggs ran to the mostly empty press row, jumped up and pumped his fists a few times. The refs checked to make sure he got the shot off before the buzzer sounded. He did, and the Bulldogs moved onto Monday night’s final, where they’ll play Baylor for the title.

They are the first team to bring an undefeated record into the championship game since Larry Bird and Indiana State in 1979.

Linebacker should be a position of strength for the 2021 Cougars. Other defensive positions, not so much

Where will BYU, Utah and Utah State football stack up in the country this season?