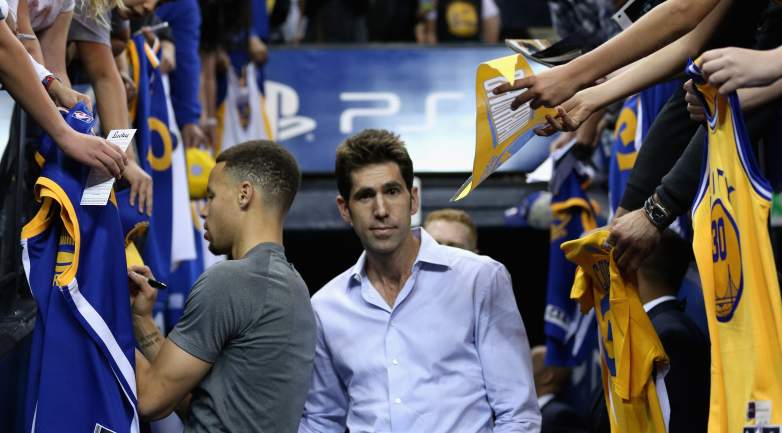 As this season is beginning to slip away some supporters of the Golden State Warriors organization are already beginning to look towards the next season. At the start of it, they should have back all three of their All-Stars back and fully healthy which should put them back in the western conference contention.

While that would be something that would make every Warrior supporter smile, the first big thing on the books for that to occur is going to be the extension of their two-time MVP Steph Curry. Curry is currently in the second to last year of his 5-year, $201 million dollar deal.

Usually, this wouldn’t be a big thing for a star of his magnitude to not have resigned by now. Yet with the recent rumors of Los Angeles Lakers superstar LeBron James attempting to “recruit” Curry and more and more superstars being traded before their deals end in order to receive a favorable extension with their new team, for example, Anthony Davis, it is something they have to think about.

Recently, the Warriors general manager Bob Myers spoke to The Athletic’s Tim Kawakami about Curry. Prior to the 2020-21 NBA season, Myers and Curry had little back and forth about an extension for the star and opted for a surprising settlement.

“It was just one of those things, let’s just talk about it,” Myers said of last offseason’s conversations with Curry. “It was such a rushed season and preseason … and with what was going on and dealing with Klay (Thompson’s Achilles injury) and all the things we had going on. People listening may not realize the COVID stuff and dealing with that stuff was so unique. We just very congenially said, ‘Let’s talk about it next season.’

“In his mind, the length matters. It wasn’t contentious. Nobody was upset. It was just, ‘Hey, let’s talk about this at the end of next season.’ And I think that probably meant everybody feels good about the situation. No one was feeling badly about it.”

“A person of that stature, for what he’s accomplished here with our organization, they’re almost like a partner, really,” Myers said. “You want them to feel like a …read more