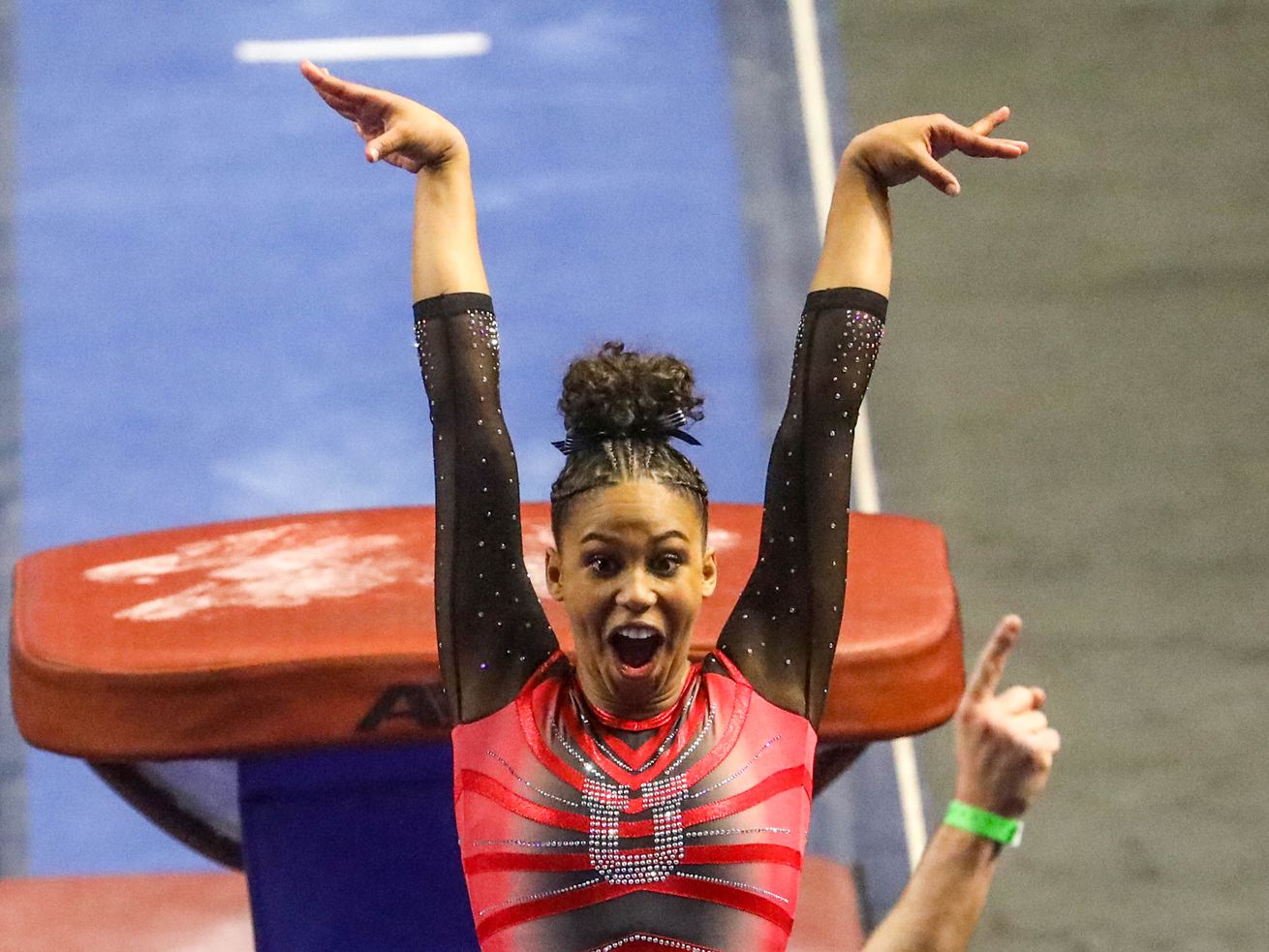 Utah Utes’ Jaedyn Rucker reacts after her vault during the NCAA Regional Final Round at the Maverik Center on Saturday, April 3, 2021. The Utes are moving on to the next round. | Annie Barker, Deseret News

The Red Rocks defeated LSU, Kentucky and Arizona State in the Salt Lake City regional final, thanks to a season-best score of 197.925, and secured a 45th consecutive berth at nationals

Utah gymnastics has made history. Again.

The Red Rocks are headed to nationals for a record 45th time, after winning the Salt Lake City regional Saturday night in West Valley City.

Utah didn’t just win the regional final, though. The Red Rocks put on a show inside the Maverik Center. Utah scored a season-high 197.925, saving their best performance of the year for their final competition in Utah.

The Red Rocks scored a season-high on bars — a 49.475 — and were once again elite on beam and floor. And even with some struggles on vault, Utah came through when needed most.

“Pretty pleased with the night,” Utah head coach Tom Farden said. “I thought the athletes came here to compete, and Red Rock nation showed up. What a difference. That was a big tail wind for the program, competing in front of a live crowd. Our athletes really relished and appreciated it. They missed it. And from the first athlete who went on bars, we knew they came here to compete and they did a heck of a job.”

They needed to, as LSU, Arizona State and Kentucky all had standout performances (ASU and Kentucky had arguably their best showings in years). From the start of the meet the competition was fierce, which was exactly what Utah expected.

It more than worked out. Utah showed the national title contending potential that they’d teased all year, toppling the No. 3-ranked Tigers in what was their most balanced showing this season.

“I think this means more than you can see on paper,” senior Sydney Soloski said. “We went against Oklahoma earlier this year and that was our chance to hang with the best in the country. Coming in here with LSU, …read more

(Visited 4 times, 1 visits today)
With a spot at nationals on the line, Utah had its best meet of the year
0
SHARES
ShareTweet

Welcome back to Rice-Eccles Stadium