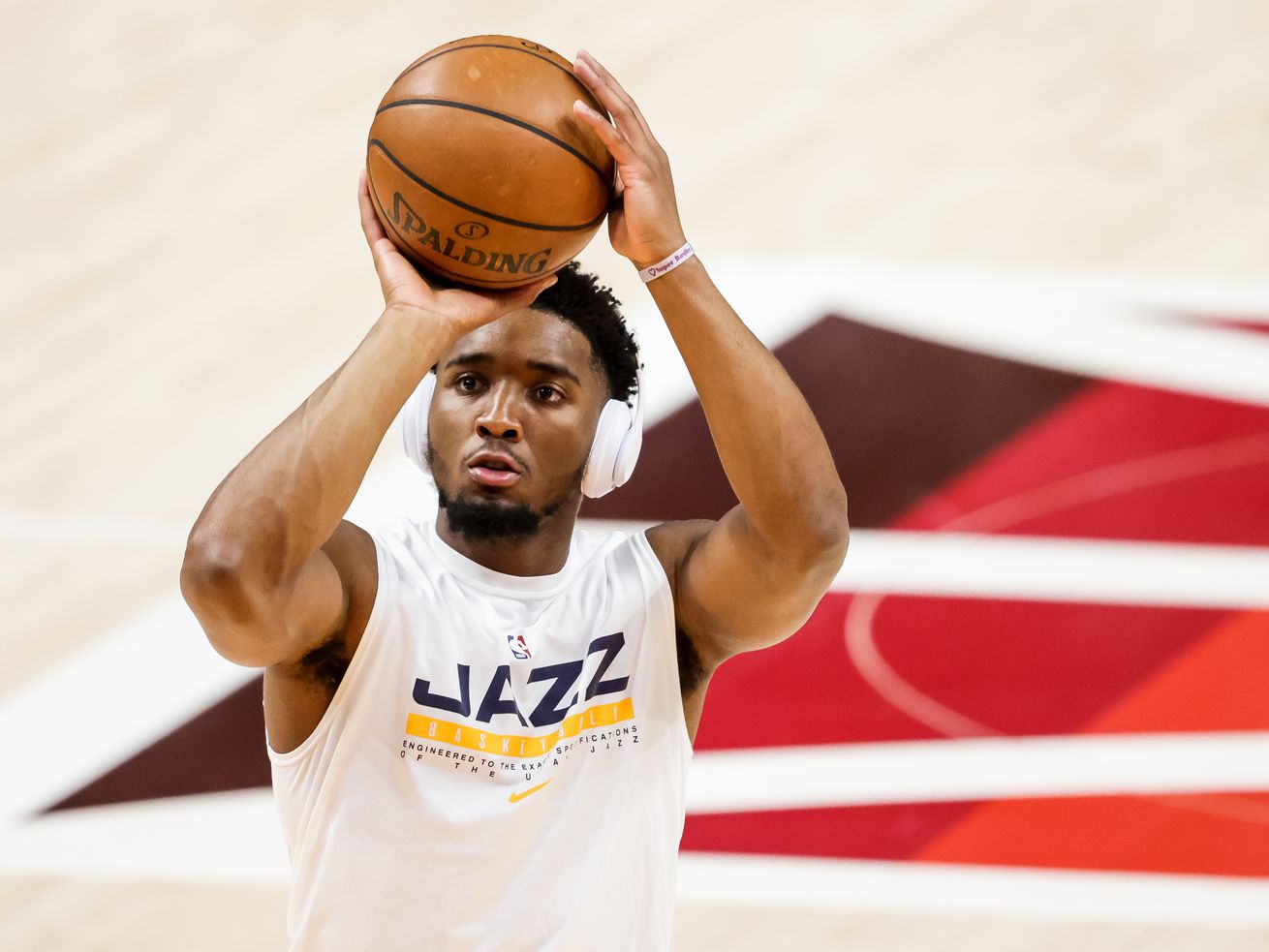 In Mitchell’s last eight games he’s hitting at a combined 54% on 3-point pullups and stepbacks.

Donovan Mitchell is having one of the best shooting stretches of his career. We could chalk that up to experience, maturity, confidence or any other abstract motivator. But, as with many things the Jazz are accomplishing this season, Mitchell credits what happened in the Orlando bubble for the success he’s experiencing in 2021.

Through the 13 games that Mitchell played in Orlando last summer (seeding games and postseason), Mitchell shot 45.8% from 3-point range. He shot a staggering 51.6% from deep during the playoff series against the Denver Nuggets.

In particular you might have noticed that Mitchell has been shooting particularly well on pullups and stepbacks recently. It’s not as if those are shots that are new for Mitchell, but they’re definitely shots that he’s been working on and specifically hunting.

“He can score the ball, but I know he takes a lot of pride in playing the right way and finding his teammates.” — Jazz coach Quin Snyder

In Mitchell’s last eight games he’s hitting at a combined 54% on 3-point pullups and stepbacks. And sure, there might be easier looks that he could get right now, but this is all calculated practice. He didn’t need to take a jab step corner 3 against the Orlando Magic in a blowout win, but that could be a shot that’ll need to be taken against a tougher opponent in the playoffs.

“Finding ways to get shots that, maybe not so much in this game, but I’m going to have to make and have to take in games coming up and playoffs,” Mitchell said. “That’s really where my mind is with those.”

That’s how this whole season has been built and worked through, not just by Mitchell, but the whole team. Everything is done with the playoffs and …read more

(Visited 1 times, 1 visits today)
Donovan Mitchell is having one of the best shooting stretches of his career, but it’s the decision making that he’s most proud of
0
SHARES
ShareTweet