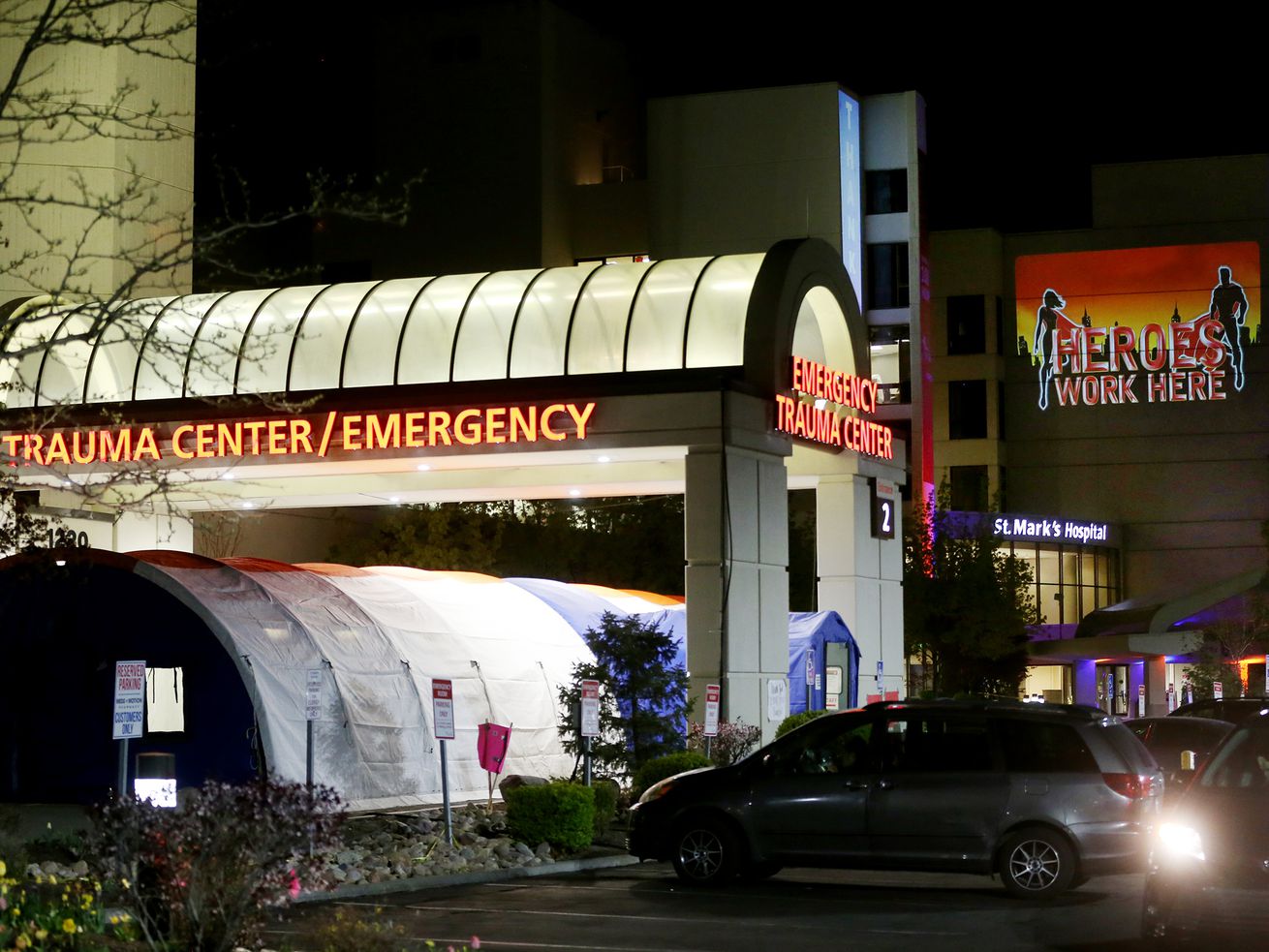 St. Mark’s Hospital in Millcreek thanks employees with a video and light show in this April 22, 2020, photo. A man was arrested Sunday after police say he threatened to shoot doctors and nurses at the hospital. | Scott G Winterton, Deseret News

A Taylorsville man was arrested Sunday after police say he threatened to shoot doctors and nurses at a Millcreek hospital because he mistakenly believed his girlfriend had died there from COVID-19.

Ryan Barkely Maine, 53, sent a text to an undisclosed person stating that “he wouldn’t be taken alive” and that he had obtained a gun “that he would use to shoot and kill doctors and nurses at St. Mark’s Hospital for killing his girlfriend,” who he claimed was admitted to the hospital’s intensive care unit to be treated for COVID-19 and later died, according to a police affidavit.

The hospital was placed on lockdown Sunday night and additional security was called out, the affidavit states.

Unified police found Maine at his Taylorsville house where officers had to use a Taser to take him into custody, according to the affidavit. He was then told that his girlfriend “was not deceased and was still fighting” at the hospital.

Police say Maine admitted he had been using drugs and was upset when he sent his text.

He was booked into the Salt Lake County Jail for making a terroristic threat, possession of drug paraphernalia and interfering with an arresting officer.

Half of Americans want a major overhaul to the US economy, Pew says

The owner of a single New Jersey deli boasts a $105 million market cap — despite making only $14,000 in sales last year