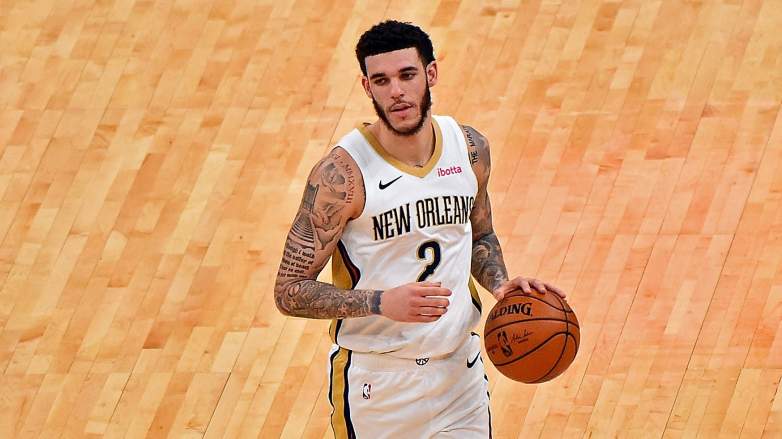 As if the Golden State Warriors don’t already have their hands full trying to keep their record above .500 on the court, off the court even more controversy is beginning to arise. Ex-Warrior center and champion Andrew Bogut recently stated that he heard rumblings of a verbal confrontation between starting forward Kelly Oubre Jr. and another unnamed Warriors player.

The verbal jousting was due to Oubre Jr.’s reluctance to come off the bench next season if he remains a member of the Warriors team. Yet, Bogut later in his interview seemingly shed light on how Oubre Jr. almost became a former member of the team before the NBA’s trade deadline passed.

GettyLonzo Ball brings the ball up the court in a game against the Memphis Grizzlies.

That wasn’t all that Bogut had to reveal about Oubre Jr. He also heard that Oubre Jr. had almost been dealt to the New Orleans Pelicans for their starting point guard Lonzo Ball.

“This is an interesting one because I got some word from behind the scenes there. … I have it on good authority they had on offer actually for Lonzo Ball and I think a throw-in pick for Oubre and the Warriors turned it down, funnily enough,” Bogut stated on the show via NBC Sports. “But I thought that was pretty good deal to shed some salary and get a pick back.”

If the trade was something that was offered, it would give most people a reason to debate. As Oubre Jr. has gotten better as the season has gone on, he also had a very rough stretch to begin the season adjusting to the Warriors’ style of play.

Being able to bring in a player such as Ball who is surging as of late, and a draft pick, while shedding the massive salary and tax cost of Oubre Jr. could be enough for some franchises to make the move. If the Warriors are to slide out of playoff contention and have two draft picks, including the highly discussed Minnesota Timberwolves draft pick, that are of high quality then it would make sense to agree with a move that would have their young …read more

‘What a blessing’: What Latter-day Saints are saying about temple plans in their hometowns

The next big tech rivalry will be between $67 billion Snowflake and $28 billion Databricks, which are on a ‘collision course’ as the AI and data analysis market heats up (SNOW)