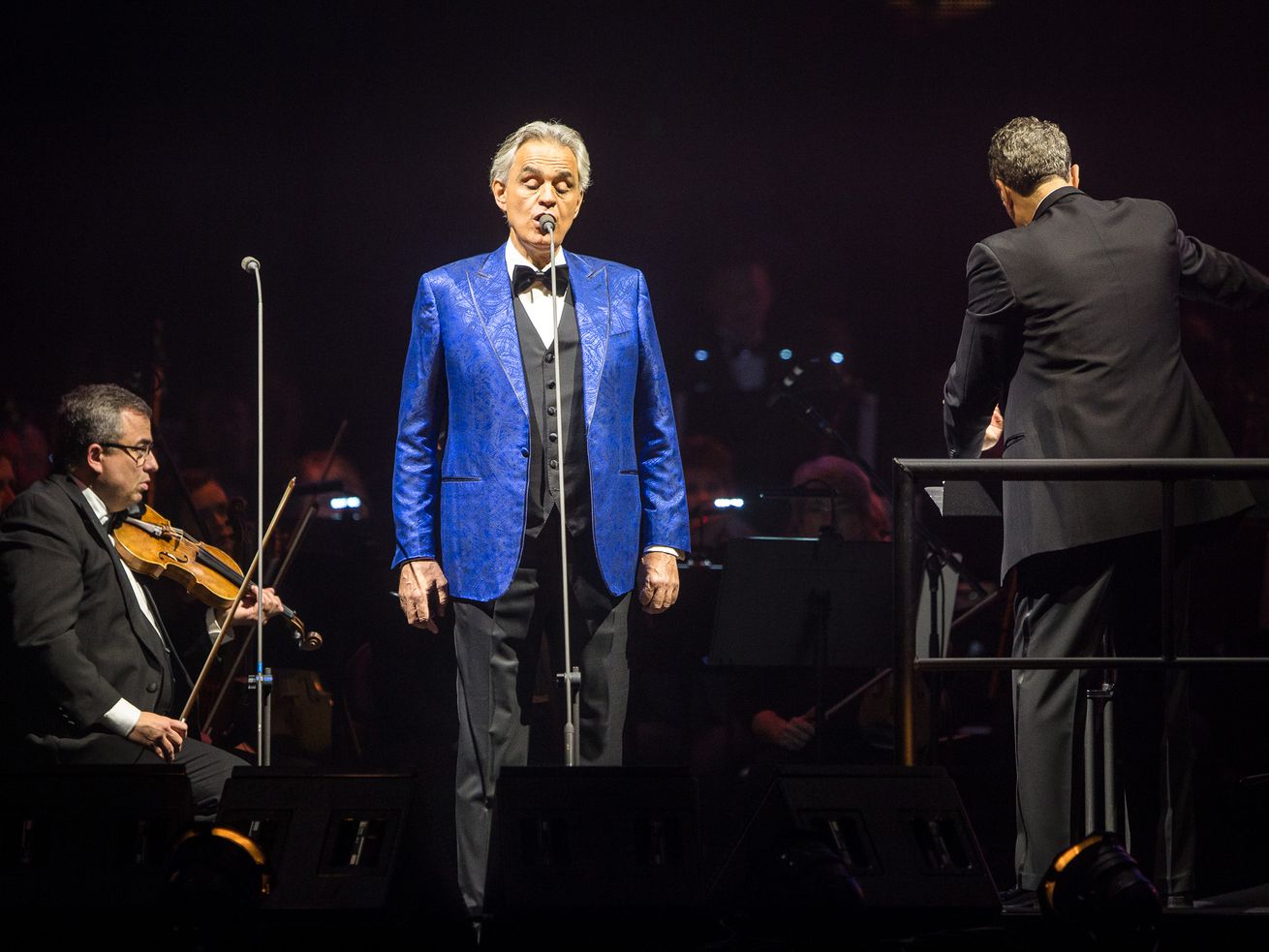 On Thursday, Andrea Bocelli announced a 21-city tour that includes a stop at Salt Lake City’s Vivint Arena on Oct. 30, 2021

“It’s the first time that I sing here in Salt Lake City,” the Italian tenor told his adoring crowd at Vivint Arena. “And I will never forget your affection. Thank you for this.”

The renowned tenor isn’t waiting as long for his return.

On Thursday, Bocelli announced a 21-city tour that includes a stop at Salt Lake City’s Vivint Arena on Oct. 30, 2021.

JUST ANNOUNCED: World-renowned Italian tenor @AndreaBocelli will bring his Believe World Tour to #VivintArena on Saturday, October 30, 2021.
Tickets go on sale May 3 at 10 AM. pic.twitter.com/knR0mIrWKh

The tour is in support of his latest album “Believe,” which came out in November. The album features a duet of “Amazing Grace” with country-bluegrass star Allison Krauss and his take on the Leonard Cohen classic “Hallelujah,” the Deseret News reported.

“The concept behind ‘Believe’ is based on three words: faith, hope and charity,” Bocelli said in a statement at the time. “These are the three theological virtues of Christianity, yet — quite independently of any religious belief — they are also the three extraordinary keys to giving meaning and completeness to the lives of every one of us.”

Tickets go on sale to the general public May 3 at 10 a.m. MT. The tour kicks off Oct. 13 and travels across the country through Dec. 19.

I used to stand in line at the post office to pay taxes, but now it takes 10 minutes online and I’m set for the year

Doc Rivers: ‘I Played a Part’ in Clippers’ Recent Success