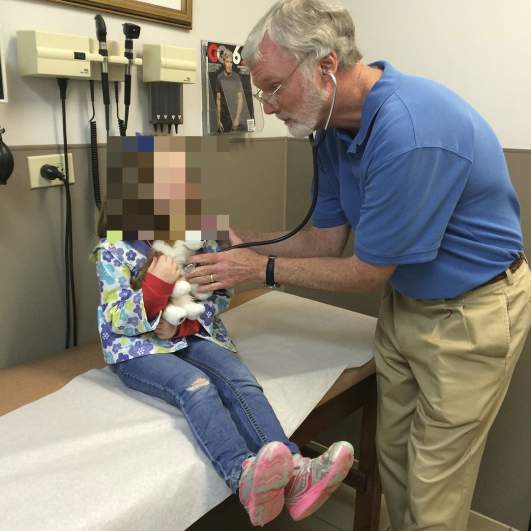 Phillip Adams is a former NFL defensive back for prominent teams who is accused of murdering five people, including a well-known doctor who was also an author, before committing suicide in South Carolina.

The suspect was named by WSOC-TV, citing officials.

WOSC-TV reported that Adams, 32, whose parents live near the scene, shot six people but five of them died. The sheriff, speaking in an April 8, 2021, news conference, described Dr. Robert Lesslie, one of the victims, as a “pillar of the community,” who was helpful to law enforcement over the years. He had even treated the sheriff. “He knew everyone, and he treated everyone with respect,” said the sheriff, adding that the doctor raised his family to be the same.

1. Authorities Say the Doctor, His Wife & Some of His Grandchildren Were Murdered

“Adams is suspected of shooting dead Lesslie, 70, and his wife, Barbara Lesslie, 69, along with grandchildren Adah Lesslie, 9, and Noah Lesslie, 5, and James Lewis, 38…”https://t.co/lMBw5tPmAF pic.twitter.com/34P5pszAlv

The other victims from the doctor’s family were named as Dr. Lesslie’s wife, Barbara Lesslie, 69, and their grandchildren Adah Lesslie, 9, and Noah Lesslie, 5. In addition, a man who was working at the home, James Lewis, was murdered, authorities said.

They initially wrote, “At 4:45 PM deputies were sent to a home near 4400 Marshall Rd. reference a report of a shooting involving multiple individuals. We’re searching for a young black male wearing a hoodie & camo pants. This is a very active investigation.”

The first deputies arrived on the scene eight minutes after receiving 911 calls and began to assist the first two victims they encountered. “We immediately began to assemble a team to clear the house,” the York County sheriff said.

They found the doctor, his wife and some grandchildren in the back of the house. A living victim was also discovered. Authorities requested a drone …read more

R. Kelly to Be Moved to NYC For Sex Trafficking Trial