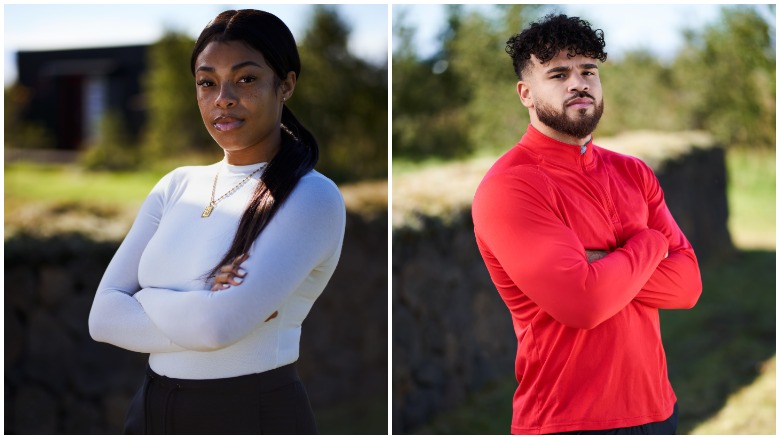 They’ve made it to the Final on The Challenge: Double Agents!

This article contains spoilers for the 17th episode of The Challenge: Double Agents which aired on April 7 at 8 p.m. ET/PT on MTV.

As the dust settled on Wednesday night, eight competitors stood in front of TJ. And the host told them exactly what they wanted to hear: they’ve made it to the Final Challenge.

During the episode, Kam and Cory became the Double Agents by winning the Daily Challenge. Then, assuming it was a male-only elimination, Fessy volunteered as the house vote to go down into The Crater.

Kyle and Nany were chosen by the Double Agents to compete against Fessy and Amber B, and as expected, TJ revealed that only the men were competing. For the fourth time this season, Hall Brawl was the game. And for the second time in Double Agents, Fessy won it, sending the Brit packing.

The teams were then reshuffled drastically, with Fessy picking Kaycee as a partner, Leroy going with his Real World castmate Nany, and Amber B joining CT.

With only four teams left, see how they stack up below:

Heavy on The Challenge’s Team Rankings After Episode No. 17

After the 17th episode, we have shared our rankings for the four teams left in the game. Heavy on The Challenge’s power rankings are based on one major factor now that the remaining contestants have made it to the Final: what is the likelihood of the team winning the $1 million grand prize?

*Our rankings are spoiler-free, meaning the rankings only pertain to what we have seen on the show so far.

MTVKam and Cory from MTV’s “The Challenge: Double Agents.”

At first glance, a Challenge fan may assume that Fessy and Kaycee are the No. 1 team because of their physical nature. However, we don’t think so. From what we have to go on, which is these competitors’ performances on Double Agents and prior seasons, we believe Kam and Cory edge “Team Big Brother.”

In what TJ coined a “mini-Final” on Wednesday’s episode, Kam beat Kaycee emphatically. Yes, a lot came down to the math, but Kam proved she has great conditioning and puzzle abilities that will help her in the Final.