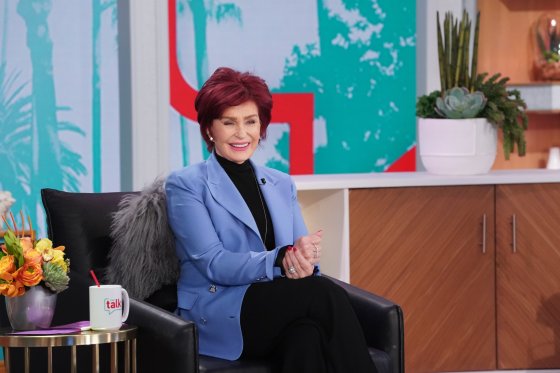 CBS via Getty Images—2021 CBS Photo ArchiveSharon Osbourne on CBS’s ‘The Talk’ on Feb. 19, 2021, not long before she exited the show

Meanwhile, on ABC’s The View, token conservative Meghan McCain was getting tangled in her own web of racial doublespeak. On his program Last Week Tonight,

On March 22, midway through a series of guest-hosted shows, Jeopardy! fans revolted. Their target was Dr. Mehmet Oz, the Oprah-approved, Ivy League-educated surgeon, author and host of The Dr. Oz Show, who was the most recent celebrity to step into the late Alex Trebek’s dress shoes. As viewers fumed on social media, Variety called Oz’s engagement a “black eye” on the show and some 600 former contestants signed an open letter arguing that he “stands in opposition to everything that Jeopardy! stands for.” Indeed, everyone from other physicians to elected officials to GLAAD has blasted Oz, over the years, for pushing weight-loss scams, giving a platform to anti-vaxxers, normalizing gay “conversion” therapy and, most recently, endorsing shoddy COVID remedies. That didn’t necessarily disqualify him from a two-week gig reading pre-written questions and making small talk. From another angle, though, the outrage made perfect sense. But at a time when the idea of objective facts has been so catastrophically eroded, if you can’t trust the host of Jeopardy!, whom can you trust?

It’s not like Trebek was independently verifying the game’s every answer. Yet in his 36 years as host, as the American public grew politically polarized and the public square was increasingly polluted by mercenary hucksters and partisan spin doctors, he came to symbolize a refreshing reverence for pure, depoliticized knowledge. Now—and especially during a pandemic when TV is so many people’s main portal to the outside world—Jeopardy! feels personal because it represents a beloved but endangered aspect of a cultural conversation starved for truth, intellect and insight.

Maybe that helps to explain why we’re seeing so many controversies emerge among the talking heads who populate the traditionally tame realm of game shows and daytime chat programs. Also in March, Sharon Osbourne, a long-time panelist on CBS’s The Talk and metal first lady, exploded when co-host Sheryl Underwood pressed her about a tweet in which she defended Piers Morgan from accusations of racism. (In his own on-air meltdown, Morgan had stomped off the set of Good Morning Britain amid questions about his very public disdain for Meghan Markle.) Soon, former Talk colleagues were alleging that Osbourne had a history of making racist and homophobic comments. By the end of the month, she’d exited the show.

Who Was the Worst Bachelor Ever?