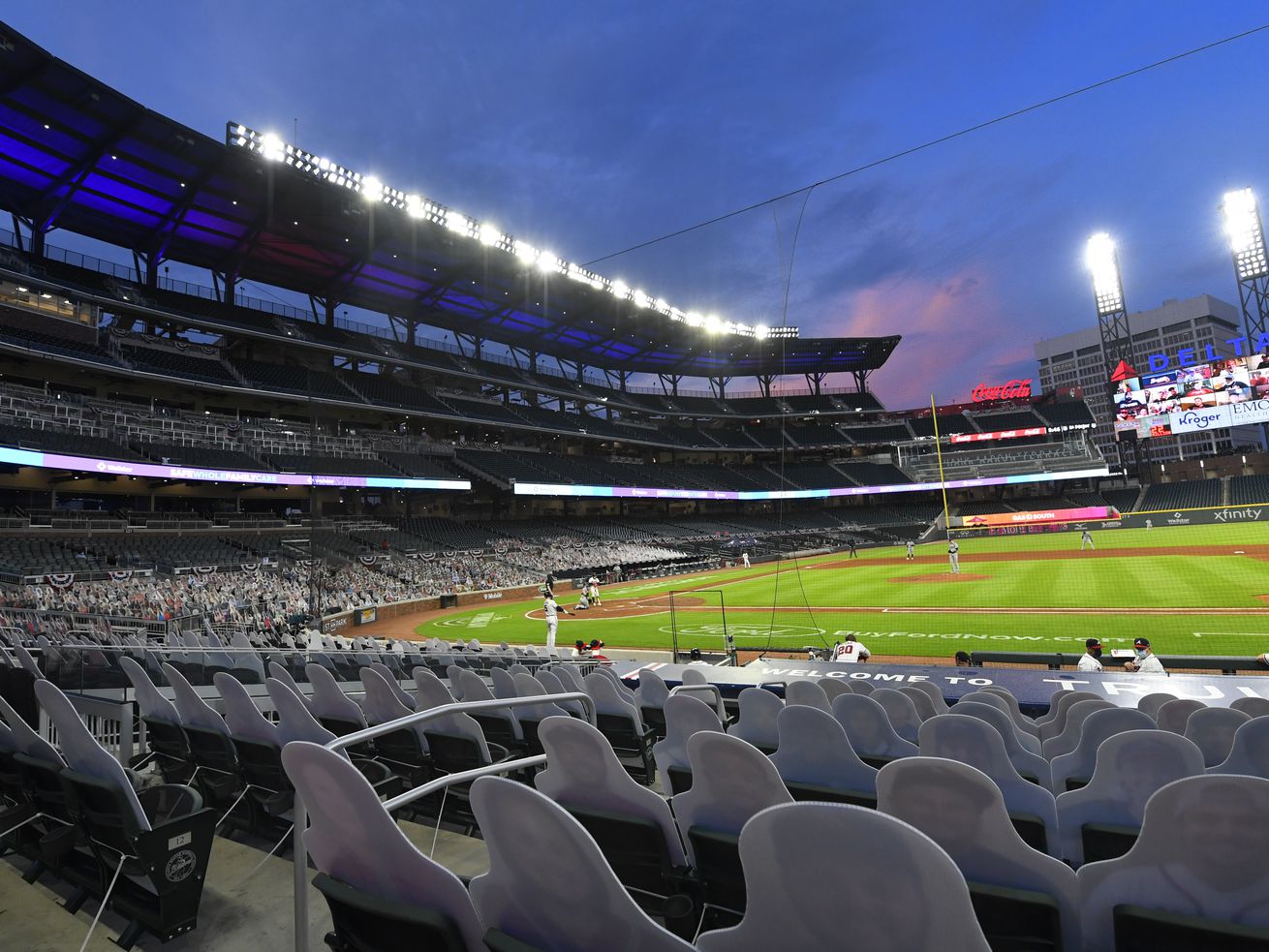 Cardboard cutouts of fans in the otherwise empty seats face the field during the sixth inning of a baseball game between the Atlanta Braves and Tampa Bay Rays in Atlanta, July 30, 2020. Georgia’s new voting law — which critics claim severely limits access to the ballot box, especially for people of color — led to Major League Baseball pulling the 2021 All-Star Game out of Atlanta. | John Amis, Associated Press

Long the party of big business, Republicans are increasingly finding themselves at odds with major companies

Is the Republican Party breaking up with big business?

The two have had a long and mutually beneficial relationship, but earlier this week, Senate Minority Leader Mitch McConnell accused some in corporate America of being “a woke parallel government” that takes its cues “from the Outrage-Industrial Complex.”

“My warning, if you will, to corporate America is to stay out of politics,” McConnell said at a press conference Tuesday. “It’s not what you’re designed for” (donating money, however, is still OK: “I’m not talking about your political contributions,” McConnell added).

Other Republicans have made similar statements following Major League Baseball’s decision to move its All-Star Game out of Atlanta because of voting restrictions recently passed by Georgia’s GOP-controlled legislature and signed by Republican Gov. Brian Kemp. Coca-Cola and Delta Air Lines, both based in Atlanta, also came out publicly against the law.

The Republican-business community relationship dates back to post-World War II when moderate Republicans aligned with business interests, but that alliance has been fraying for decades as the party has moved further right, said Mark Mizruchi, a University of Michigan professor and author of “The Fracturing of the American Corporate Elite.”

“There’s been a trend in this direction for probably 30 years,” Mizruchi said. “It’s coming out in a new way now.”

Republicans have broken with big business before, including during the Reagan administration over tax increases, Mizruchi said. More recently, though, it’s cultural issues that are causing the strain.

Sen. Marco Rubio, R-Fla., came out in support of a unionization effort at an Amazon facility in Alabama last month, not because he’s particularly supportive of unions, but because he said the digital giant is waging a culture war “against working-class values.” Former U.S. ambassador to the United Nations Nikki Haley …read more

(Visited 1 times, 1 visits today)
Why the relationship between the GOP and big business is getting complicated
0
SHARES
ShareTweet

Participation in the bitcoin market grew 12% in the 1st quarter, the 3rd-highest quarterly jump ever, according to CoinDesk