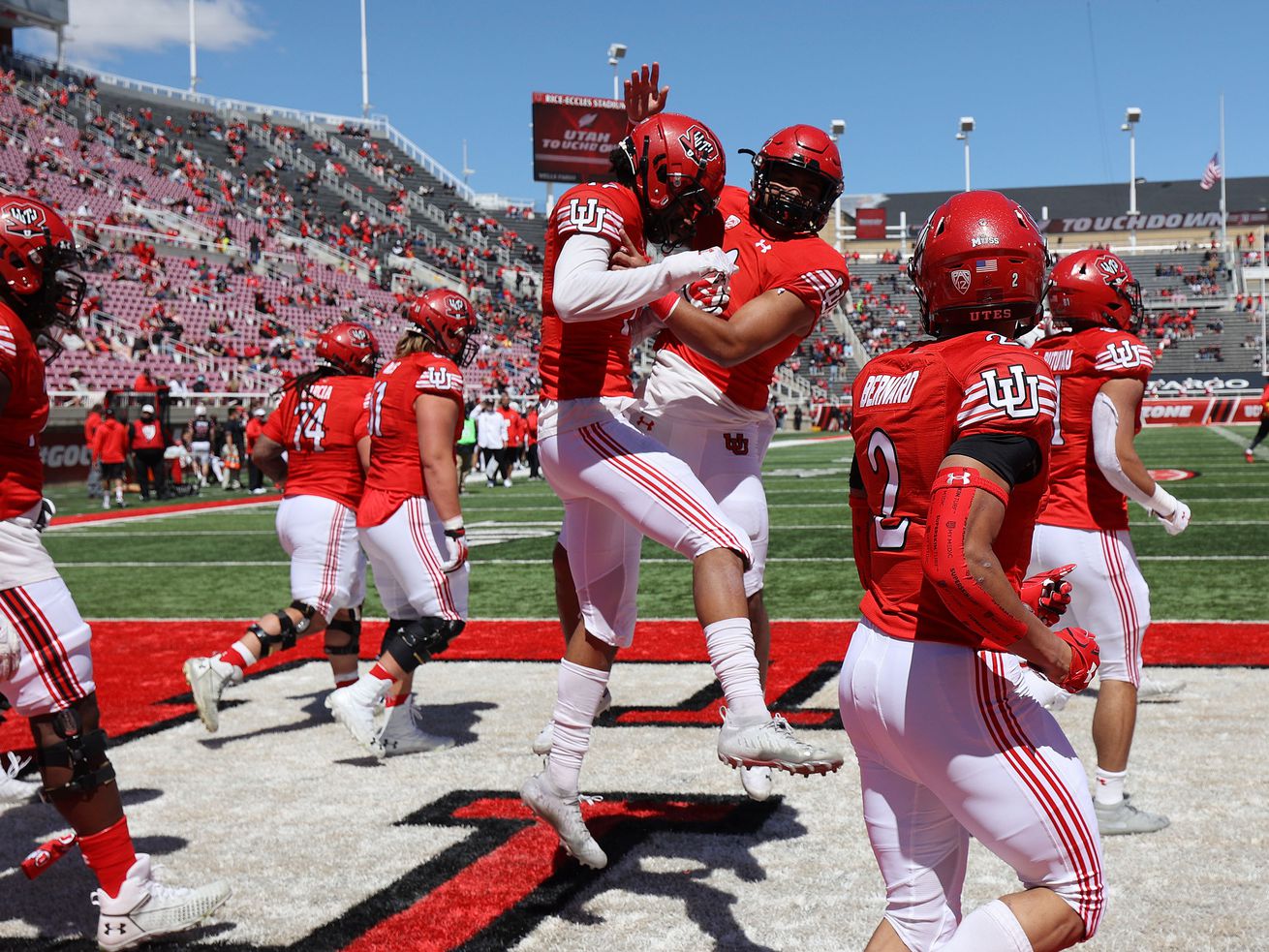 After a pandemic-impacted 2020 season, the Utes made the most of spring drills and answered questions

Over one month and 15 spring practices, including last Saturday’s spring game at Rice-Eccles Stadium, the Utah football program learned a lot about itself.

There was a lot to learn, considering the Utes played only five games during the pandemic-impacted 2020 season; considering a bevy of newcomers and young players on the roster; and considering the voids to fill at quarterback, wide receiver and running back.

Coach Kyle Whittingham has a much better idea of what his team is capable of heading into the 2021 season.

“I think we’re going to be a complete football team,” he said after the spring game. “We had some question marks at certain positions and I think we’ve solidified just about every question mark we had.”

University of Utah Athletics
Utah linebacker Devin Lloyd trots off the field during 2021 spring camp at the University of Utah in Salt Lake City. Lloyd, who could have declared for the NFL draft, will be looked on to provide leadership heading into the 2021 season.

Linebacker Devin Lloyd said his view of this team has changed during the course of spring drills. He learned that the Utes aren’t just talking about winning — they’re putting in the work necessary to win.

“As you start to see guys get on the field and how they work, it’s more than just talking. I can see that this team truly does want to win a championship and truly is hungry. It’s always been the goal, it always is the goal, it’s always what we talk about,” he said. “But it’s about how you back up what you’re talking about through practice, through your work ethic, and through all the things you do outside of football.

“I’ve seen that from this team. I’ve seen it from guys that I didn’t used to necessarily see it from. I see more of it from the guys that have shown it. More than anything, I see guys hungry …read more

Sports on the air: Here’s what games are on TV and radio for the week of May 2-8