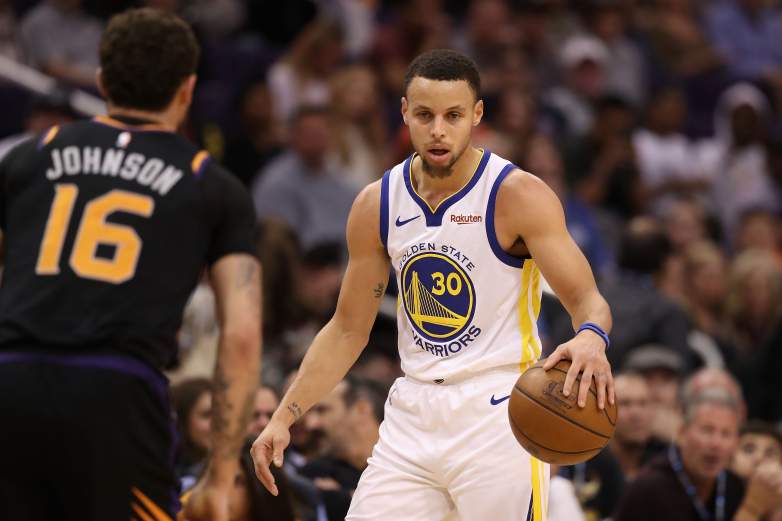 Golden State Warriors All-Star Steph Curry is one of the hardest players to defend in all of basketball. His insane handles and ability to shoot from almost anywhere on the court have made Curry one of the most skilled shooters in the league, which is hard to combat. Despite Curry’s impressive ball-handling ability, there are several players that have given the superstar a hard time guarding him heavily. In a recent interview, Curry revealed his quite shocking choice of who guards him the best.

Curry’s Top Defender According to Him

In an episode of NBC Sports Bay Area’s Dubs Talk Podcast, Curry discussed his social media habits and who defends him the best of any player he’s ever faced off against.

“…Seth Curry is the one that frustrates me the most… In the playoffs, when he was in Portland, he literally had like four steals on me,” Curry recalls. “He disarmed me a little bit, but he was literally everywhere and I couldn’t figure it out.”

Curry’s choice of who guards him the best is quite understandable because who knows you better than your brother, right? This just goes to show that no matter how much film any player could study of the star guard, it can’t beat the actual knowledge of growing up with him.

This is an interesting take because Seth Curry isn’t exactly known for his dominant defense, but he does happen to have the upper hand when facing off against his brother. Seth Curry does have a more advanced knowledge of his brother’s moves which is why it is difficult for his brother.

Although Curry admits that his brother is probably his hardest defender, in this same interview, Curry continues to name other players who have also made his career a little hard and are also known for their elite performance as defenders.

Yes, and no. Jrue Holiday, Avery Bradley, Tony Allen when he was in the league. There are guys that have a knack for being in the right place in the right time, being physical, studying your game, and knowing your moves.

Never in my mind are you scared that they’re going to stop you. But at the same time, you gotta go harder that particular night or play a little smarter. Maybe like Pat Bev and the antics, you’ve gotta deal with that. …read more