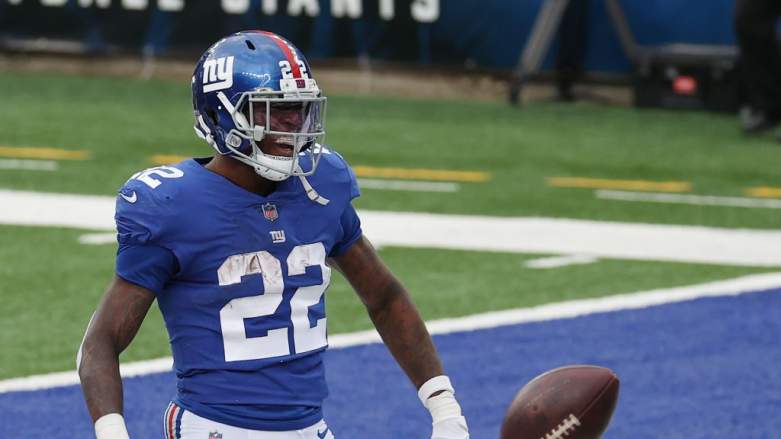 Gallman, a former New York Giant, will join the 49ers on a one-year contract, as reported by the team’s official Twitter account. Financial particulars were not immediately available.

The #49ers have signed RB Wayne Gallman Jr. to a one-year deal.

Gallman filled in for Saquon Barkley last season, after the Giants star running back was sidelined due to an ACL tear he suffered during a Week 2 matchup against the Chicago Bears.

The 26-year-old Gallman is a four-year veteran of the NFL. He posted the best campaign of his career in 2020, rushing for 682 yards on 4.6 yards per carry. He also scampered into the end zone on six occasions.

Gallman, who played his collegiate football for Dabo Swinney and the Clemson Tigers, is also adept at catching passes out of the backfield. He tallied 21 receptions last season for a total of 114 yards through the air.

As important a running back’s overall production is, how often he actually finds himself on the field to produce matters even more. Gallman appeared in 15 games last season, starting 10 of them, and displayed a level of durability coveted by the 49ers after a season defined by injuries.

GettyWayne Gallman will wear a 49ers uniform in 2021, after signing a one-year deal with the team.

Raheem Mostert, the 49ers’ top running back, played in only eight games in 2020. He left two of them prematurely with injury. In total, Mostert found his way to the injured list three times — once for an MCL sprain, and twice for high-ankle sprains.

Jeff Wilson Jr. is currently No. 2 on the 49ers RB depth chart. While Wilson Jr. put together a solid season, leading the team with 600 rushing yards and seven touchdowns, he also struggled to stay on the field. The running back played in a total of 12 games, hampered by similar ankle troubles to those that plagued Mostert.

The running back position will be …read more