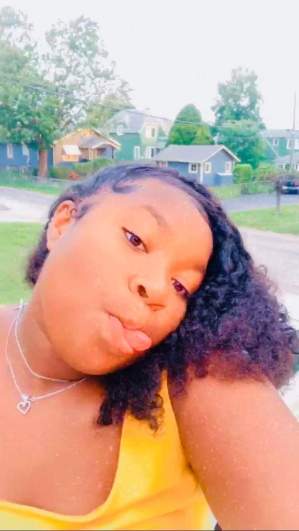 Ma’Khia Bryant is a 16-year-old girl who was shot and killed by Columbus, Ohio, police a few minutes before the Derek Chauvin verdict was announced in Minneapolis.

Bryant’s name was confirmed by her family to ABC6 and other local news stations. The circumstances of the shooting are still under investigation. The shooting happened on April 20, 2021, around 3:45 p.m. Some sites gave her name as Makiah Bryant, Makiyah Bryant, or Makhia Bryant, but her mother confirmed to 10tv reporter Lacey Crisp that the correct spelling is Ma’khia Bryant. Other reports gave her age as 15, but her mother told local journalists she is 16.

A woman who said she was Bryant’s aunt expressed great anger at the scene, saying her niece was a loving person who didn’t deserve to die “like a dog in the street.” Extremely disturbing videos emerged from the scene, some of which you can watch below, but be aware they are graphic and troubling.

1. Police Responded to a Call of an Attempted Stabbing; Ma’Khia’s Mother Says She Was an Honor Roll Student

According to ABC6, the call came in for an attempted stabbing at 3000 block of Legion Lane. 10TV wrote that police responded for a disturbance.

Crisp wrote, “Paula Bryant tells me her 16 year-old daughter Ma’Khia Bryant was an honor roll student and a sweet child. Ma’Khia was shot and killed by a Columbus Division of Police officer on Legion Lane at 4:30p today.”

“This is the racist a*s b*tch that shot this poor f*cking girl,” a woman said in a live stream video on Facebook. She said the officer said the girl “tried to stab him.”

That’s someone’s f***ing daughter b**ch,” one woman said in an extremely graphic live stream. You can watch it here but be aware it’s very disturbing.

A woman’s sobbing is heard in the disturbing video. It’s not clear whether the officer pictured in the above video is the same officer who shot Bryant, however.

According to 10tv, Bryant’s family says the teen called police because “girls were fighting outside her house.”

Police have not yet provided a detailed accounting of what they believe occurred. The officer’s name has not been released as the situation is still unfolding.

3. The Mayor Says There is …read more