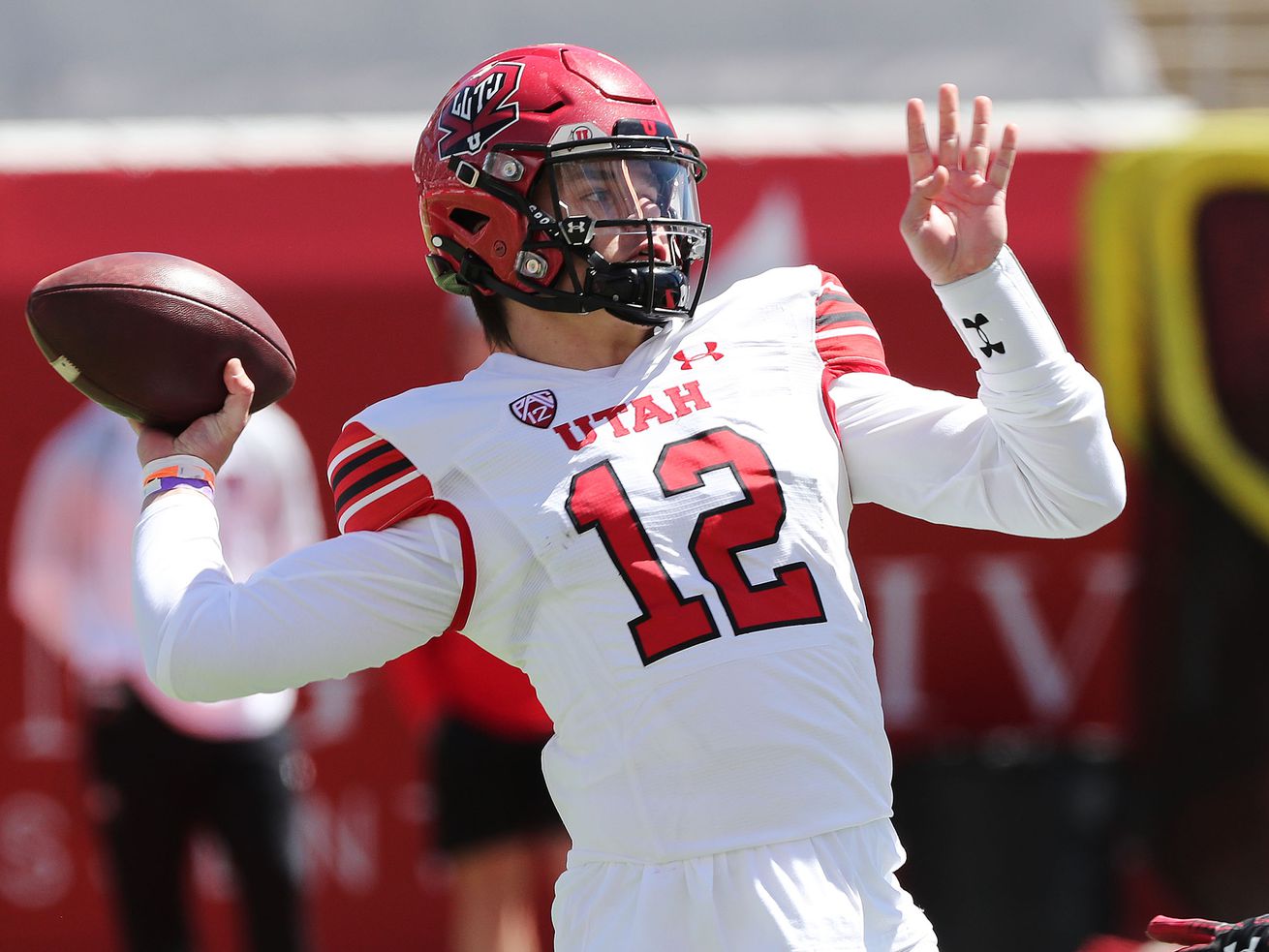 This article was first published as the Ute Insiders newsletter. Sign up to receive the newsletter in your inbox each Wednesday night.

Last Saturday, the Utah football team played before fans for the first time since 2019 in the spring game at Rice-Eccles Stadium.

A crowd of 6,500 attended the event and the Utes loved the atmosphere. And in his Utah debut, Baylor transfer quarterback Charlie Brewer achieved perfection, completing 15 of 15 passes for 151 yards and two touchdowns.

“He’s a quick decision-maker, he’s accurate, he gets the ball out of his hand quickly,” coach Kyle Whittingham said. “He does a good job protecting the football. What you saw today was what we’ve been seeing all spring long.”

And with that, the Utes concluded spring practices with plenty of optimism.

Not only did Smith enjoy remarkable success in the NFL, but he also battled back from a life-threatening leg injury to earn NFL Comeback Player of the Year in 2020.

“Even though I’ve got plenty of snaps left in me, after 16 years of giving this game everything I’ve got, I can’t wait to see what else is possible,” Smith said in an Instagram video. “But first, I am going to take a little time to enjoy a few of those walks with my wife, and my kids have no idea what’s coming for them in the backyard.”

From the archives
Extra points

We’ll go as far as our OL takes us, because we’re solid everywhere else, including …read more

NFL draft: How have the most QB-heavy first rounds in the past 20 years panned out?