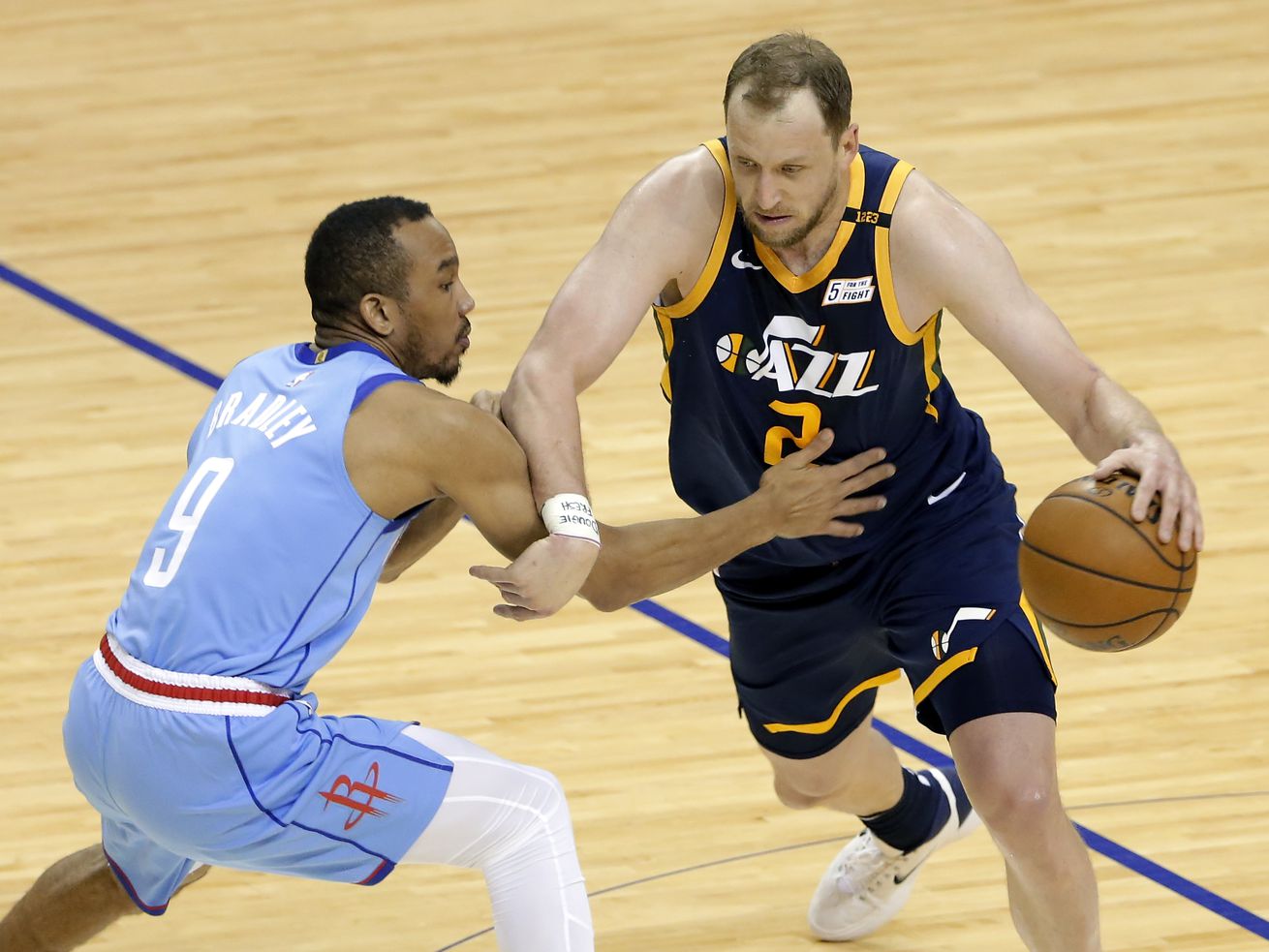 Utah didn’t leave any room for doubt Wednesday, running away from league-worst Houston for a 112-89 win

The Jazz didn’t leave any room for doubt on Wednesday. They got the lead early against the Rockets and ran away with it, never looking back and getting up by as many as 36.
All the usual suspects from the Jazz had a good night. Joe Ingles was firing without hesitation as was Jordan Clarkson, and the pair led the team with 43 points. Rudy Gobert and Mike Conley were a plus-44 and plus-46 respectively — which says a lot about them and a lot about the Rockets — while pitching in a combined 30 points.
Royce O’Neale might have only taken three shots and hit one (a fast break bucket) but he didn’t really need to score in this game and he had 13 rebounds, just one shy of his career high, which he set just a couple weeks ago against the Sacramento Kings.
Speaking of rebounds, Gobert had 18, which is incredibly impressive but also not really shocking. One thing that really helped Gobert and O’Neale get those boards was the effort of Clarkson. He was boxing out so hard and not just to try to secure the board himself, but to leave the door open for the other guys to get the rebounds without having to fight so hard.
The Jazz had six guys in double figures and a 20-point lead early in the third quarter.
Donovan Mitchell, who was watching from home, tweeted during the game and it was delightful. It’s good to see him enjoying the way the Jazz are playing while he’s recovering from an ankle sprain.

The Rockets didn’t really seem to even try to get physical down low with Gobert. Not that they have a lot of personnel that can really compete with Gobert, but there was almost no resistance at all. Gobert took just one trip to the free-throw line …read more

BYU football: Versatile senior Kavika Fonua played at least six positions for the Cougars; Will that help or hurt him in the NFL draft?