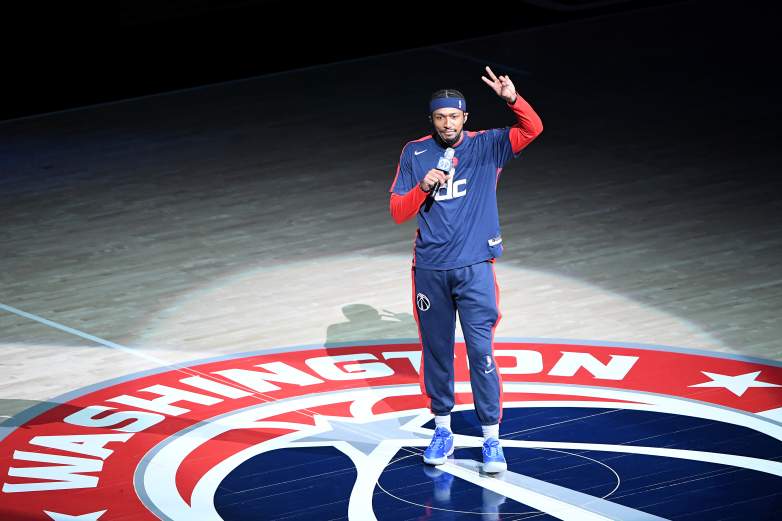 Even though we’re a month away from the start of the 2020-2021 NBA playoffs, it’s never too early to start thinking about possible offseason moves, especially for Miami Heat president Pat Riley. He stated on March 25, “There’s always what’s next… we’ll just see what happens at the end of the season.”

According to Bleacher Report’s Zach Buckley, one of the “most realistic potential trades” to happen this summer is a blockbuster between the and Bradley Beal. In order for the Heat to obtain the Washington Wizard’s three-time All-Star, the price would not be cheap.

Buckley proposed that Beal could take his talents to South Beach if the Heat give up the following: “Tyler Herro, Precious Achiuwa, Andre Iguodala, KZ Okpala, 2025 first-round pick (top-three protected), and 2027 first-round pick.”

Bleacher Report’s trade idea for the Miami Heat this offseason:

While Herro was kept off the trade block leading up to the deadline this season, if Beal, the No. 2 scorer in the entire league who’s averaging 31.1 points per game becomes available, the young boy wonder may lose his untradeable status. The Ringer’s Kevin O’Connor reported that the Heat would be willing to throw a “Haily Mary” in order to acquire the 28-year-old guard:

There’s still a real chance Beal stays in Washington for years to come, but as the Wizards rack up losses, teams like the Heat are waiting to pounce. In addition to Miami, multiple league sources say the Celtics, Knicks, and Pelicans are among the teams with interest in pursuing a deal for Beal.

Thus far, Beal has not mentioned that he has any desire to leave Washington, the team that first drafted him in 2012. However, O’Connor reported, “League sources say [Beal’s] decision to play through this season without making a trade request is as much a commitment to see things through this season with Russell Westbrook as it is about waiting until the worst of the coronavirus pandemic passes in the United States …read more

9 ways to shop at Costco without a membership