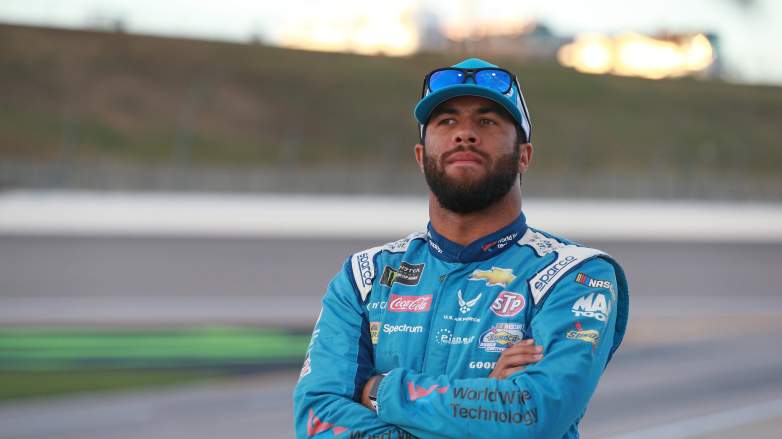 Netflix is about to expand its library of motorsports content. The streaming giant announced on Thursday an upcoming series focused on NASCAR driver Bubba Wallace. The currently untitled project will dive deep into his first season with the Michael Jordan and Denny Hamlin co-owned 23XI Racing.

Adam Stern of the Sports Business Journal first broke the news, saying that the new series will take viewers behind the scenes of the 2021 season. It will also explore Wallace’s efforts to advocate for diversity, equality, and inclusion in NASCAR and America. There is no set release date or title.

So excited to announce that Netflix is teaming up with NASCAR driver @BubbaWallace for a documentary series that takes us behind the scenes of the 2021 NASCAR season through the eyes of the ONLY Black driver at the top level of the sport.🏎🏁 pic.twitter.com/Wy3dpx7wIi

“You know me…I like to keep things real and raw. Pumped to have capture these moments to share with you guys,” Wallace tweeted after the news of the upcoming documentary series.

The Sports Business Journal previously reported in March that Netflix was working in partnership with NASCAR on “some two-dozen” new documentaries and series, partially in response to the massively-popular “Formula 1: Drive to Survive” series. The first project, a sitcom called the “The Crew,” debuted the day after the Daytona 500 and starred Kevin James as a fictional crew chief on a NASCAR Cup Series team.

When Wallace made the leap to a Cup car and signed with Richard Petty Motorsports, he became the only Black driver in the sport’s top series. NASCAR responded by filming a special documentary series in partnership with Facebook Watch. “Behind the Wall: Bubba Wallace” spanned eight episodes and followed Wallace’s journey from a child learning to compete on a track to his first Cup start in the 2018 Daytona 500.

GettyBubba Wallace during the 2018 season

The series featured behind-the-scenes moments with Wallace and his girlfriend, Amanda Carter, as they went about their daily lives and prepared for Wallace’s first season with RPM. The episodes also highlighted a historic season-opening race in which he became the first rookie driver to finish second in the Daytona 500.

Dr. Fauci explains why COVID-19 vaccines work much better than natural immunity to protect you from the coronavirus