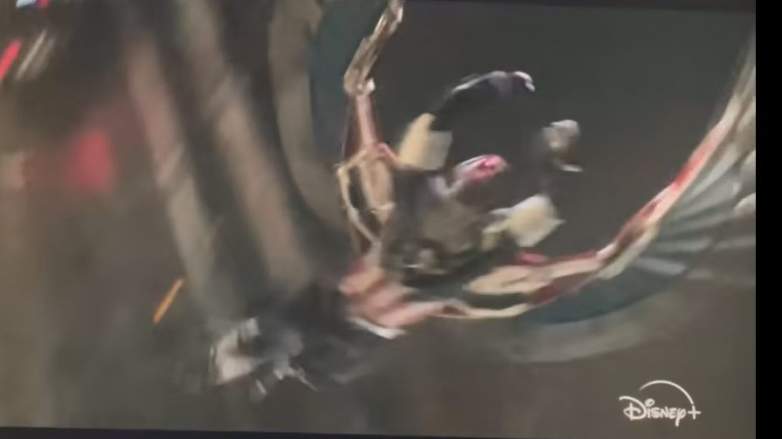 The sixth and final episode of Marvel’s “The Falcon and the Winter Soldier” will land on Disney Plus Friday, and there are still some big questions the show needs to answer.

In the penultimate episode, Sam Wilson/Falcon (Anthony Mackie) reached a willingness to assume the mantle of Captain America, despite the many different reactions such a decision might generate. John Walker (Wyatt Russell) was discharged from the military after killing a member of the Flag Smashers in full view, and he struggles to come to grips with his actions before attempting to create another shield himself. Bucky Barnes/Winter Soldier (Sebastian Stan) also undergoes some character growth, refusing to kill Baron Zemo and ultimately calling in a final favor from Wakanda to help Wilson.

WARNING: Potential spoilers for episode 6 of “The Falcon and Winter Soldier” are shared below.

The final moments of episode five left fans asking the same question as Brad Pitt’s character, detective David Mills, at the end of David Fincher’s film “Se7en”: What’s in the box? That final Wakandan favor Barnes called in turned out to be a large metallic case, which he gifted to Wilson. The contents of the case, however, remain a mystery. At least, until now.

According to Youtuber “AmazingAwesome NWA,” a TV spot was aired that showed previously unseen footage from “The Falcon and the Winter Soldier.” In the video posted to Youtube, the spot clearly displays the words “all episodes now streaming,” indicating it was meant to be released after the final episode aired.

The TV spot shows new footage of the Flag Smashers and leader Karli Morgenthau (Erin Kellyman), Walker and Barnes, but the biggest reveal comes in a split-second moment near the end. A shot of Wilson sporting his new suit and a set of wings flying through the air provides a look at the gift Barnes has provided for his Avengers teammate.

It’s far from a clear look, but Wilson’s new suit appears to be nearly identical to the one he sported in Marvel Comics.

Wilson’s look incorporates much more white than the original suit worn by Steve Rogers, which is predominantly blue. This gives Wilson a much more distinguished costume than he previously had, although …read more

James Dyson, the billionaire famous for buying Singapore’s most expensive penthouse in 2019, has moved back to the UK