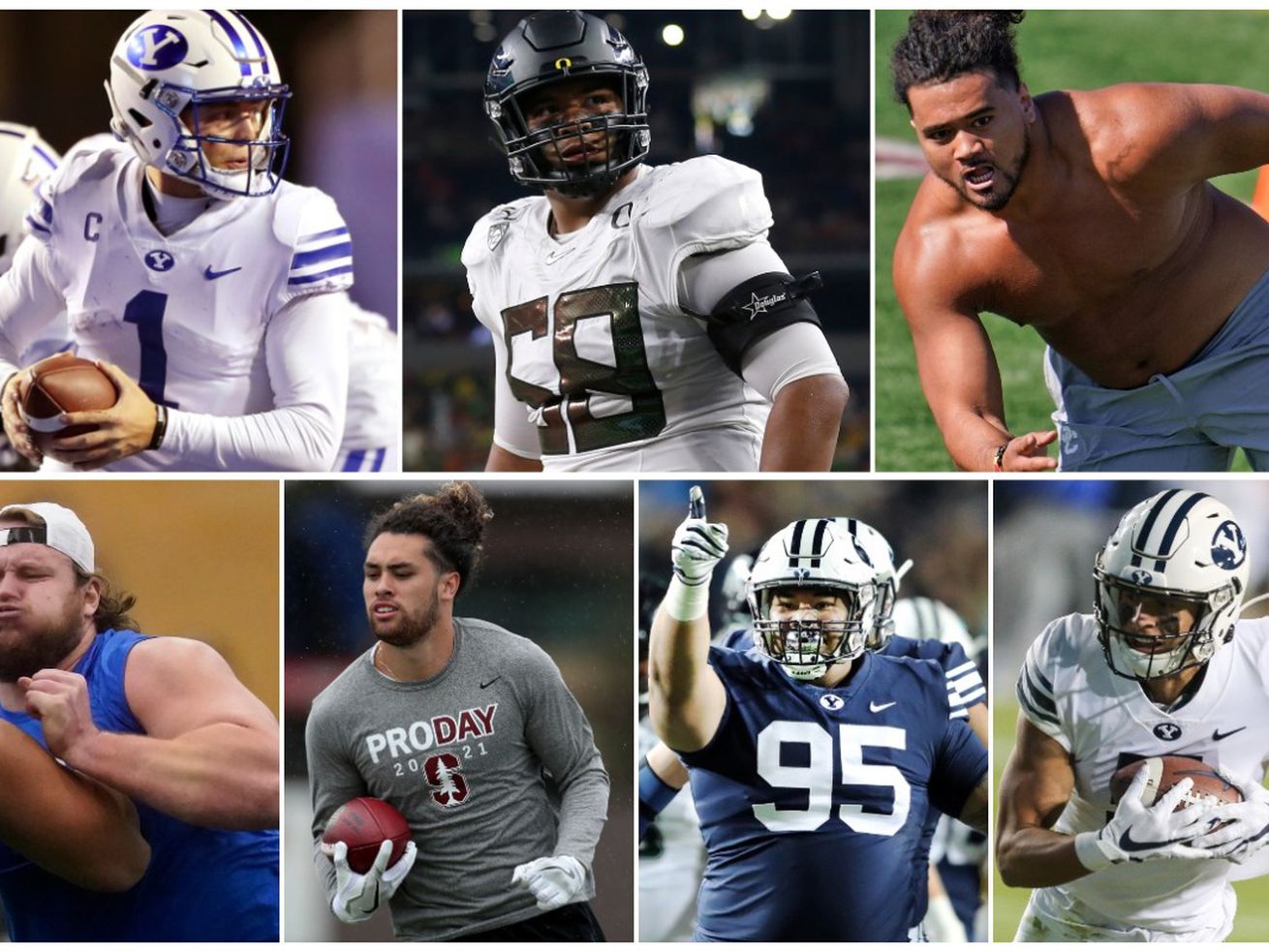 Trying to predict how an NFL draft will play out is a crapshoot.

Every year, thousands of mock drafts are compiled by national experts of varying expertise. The most daring experts will even attempt to predict every selection in an entire draft.

While these mock drafts ultimately will prove to have a low success rate at correctly projecting how the real draft plays out, they do serve a critical purpose of showcasing the majority of players that are likely considered draftable.

By looking at five recent mock drafts that include all seven rounds, one thing is clear about Utah ties in the 2021 NFL draft: there are several players from Utah — as many as six or seven, perhaps more — that could be selected in this year’s draft, which runs April 29-May 1.

Throw in other prospects like wide receivers Simi Fehoko (Brighton High and Stanford) and Dax Milne (Bingham High and BYU), along with defensive tackle Khyiris Tonga (Granger High and BYU), as well as tight end Matt Bushman (BYU), and it could be a solid draft for the state, particularly for Utah prep-developed talent.

Brugler on Wilson: “Since my first mock draft back in November, Wilson has been the projected pick at No. …read more

Why this NCAA men’s volleyball championship matters even more

Both Parties Back Bill for Image Rights for College Athletes