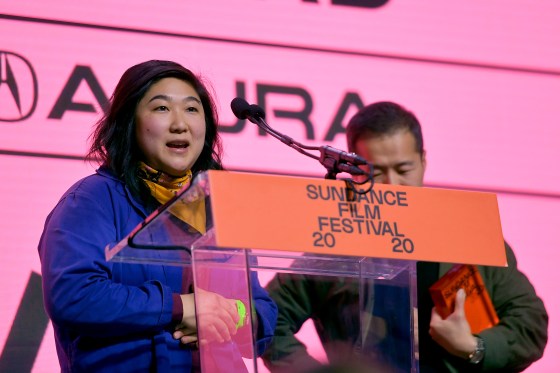 TIME: Minari might not have been made had you not read

While many of the headlines focused on this breakthrough, this year’s crop of Oscar-nominated films also reflect increased representation among a less visible but arguably equally important contingent: film producers. Producers are crucial to every step of a movie: in conceptualizing the initial idea, tweaking the script, securing financing, attaching on- and off-screen talent, assembling the film’s enormous staff, securing distribution, and more. Studies have shown that people of color are severely underrepresented in these roles, and that that dearth has a huge impact on both the staffing of a film and its depiction of characters from different backgrounds. According to McKinsey, less than 1% of films with no Black producers had a Black writer on staff; on the flip side, 73% of films with Black producers hired at least one Black writer.

This year, producers of color powered half of the year’s Best Picture nominees as well as many other Oscar-nominated films, bringing their life experience and cultural knowledge to emphasize authenticity and depth in every aspect of filmmaking. In anticipation of Sunday’s awards show, TIME interviewed four those producers—Christina Oh of Minari, Jess Wu Calder of One Night in Miami, Peilin Chou of Over the Moon and Charles D. King of Judas and the Black Messiah—about their career paths and the importance of off-screen representation. The conversations have been condensed and edited for clarity.

TIME: Minari might not have been made had you not read Lee Isaac Chung‘s script and fought for it to be made at the production company where you work, Plan B. How did you have the conviction to fight for a film that didn’t follow Hollywood archetypes?

Oh: It was the first time I had read something where I felt like I could authentically be helpful. I felt a deep understanding and a connection to the material and to the family. The emotional drama that the family goes through is very similar to mine and also I think very similar to Steven Yeun’s; it’s a little bit of a common thread amongst …read more

Christine Brown: Kody Who?!? I’m Off to Idaho!

A Bunch Of Anthropologie Bestsellers Are An Extra 25% Off Today