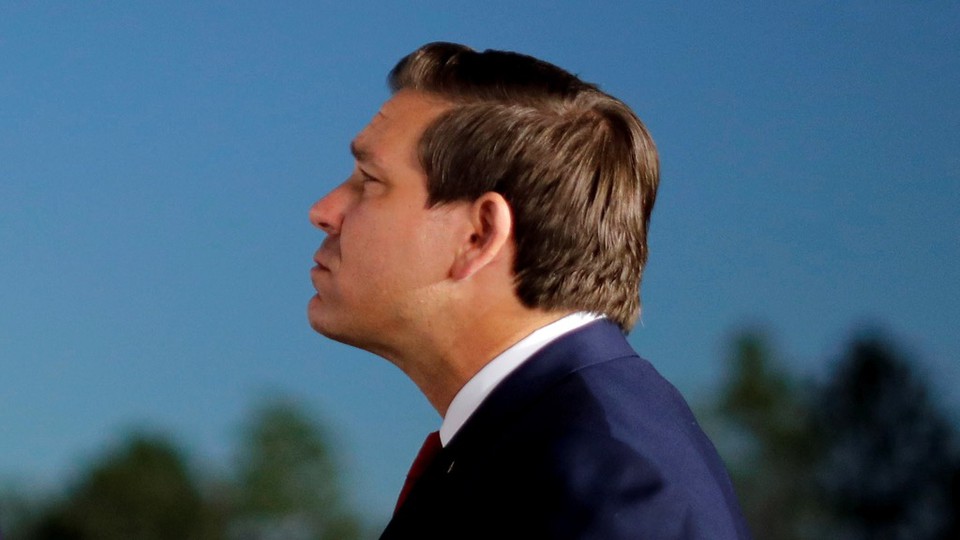 I first met Ron DeSantis at the Republican Jewish Coalition convention in Las Vegas in April 2016.

DeSantis was then a second-term House member with an eye on Marco Rubio’s Senate seat. Rubio had pledged in 2014 that he would not seek reelection if he ran for president in 2016; he would later change his mind. DeSantis was likely anticipating Rubio’s reversal when he and I sat down for coffee at the Venetian. But other avenues were open to a smart and determined politician from Florida that spring.

By April, the Republican presidential primary had shrunk to a three-way race: Donald Trump, Ted Cruz, and John Kasich. Polls showed Hillary Clinton with a 10-point lead over both Trump and Cruz. The GOP seemed doomed to a self-inflicted defeat in November. Forward-looking Republicans were already assessing future talent.

In 2017, DeSantis would position himself as one of President Trump’s most ardent champions. He would run for governor of Florida in 2018, releasing a commercial in which he instructed his infant children to “build the wall” and read to them from Trump’s The Art of the Deal, while a caption identified him as a “pitbull Trump defender.”

But back in 2016, the Yale and Harvard graduate and former Navy lawyer seemed a perfectly normal Bush-Romney Republican. Alert and astute, he impressed me and everybody I talked with about him—but not nearly as much as another emerging star at the convention, Eric Greitens, who was then running for governor of Missouri. When later that year I asked The Atlantic for the time and budget to follow one future post-Trump Republican presidential possibility, I selected Greitens. He won the governorship, then resigned amid scandal. Greitens is now back in the news, running for one of Missouri’s U.S. Senate seats—but it is DeSantis who is the most mentioned potential non-Trump Republican contender for the 2024 GOP presidential nomination.

When the coronavirus pandemic struck, DeSantis followed the wishes of the Trump administration—and like so many other Republican governors, sought above all to preserve an appearance of normality. He delayed closing bars and restaurants until after the end of the 2020 spring break. He ended restrictions early, allowing all Florida businesses …read more

Crowds react with joy, wariness to verdict in Floyd’s death